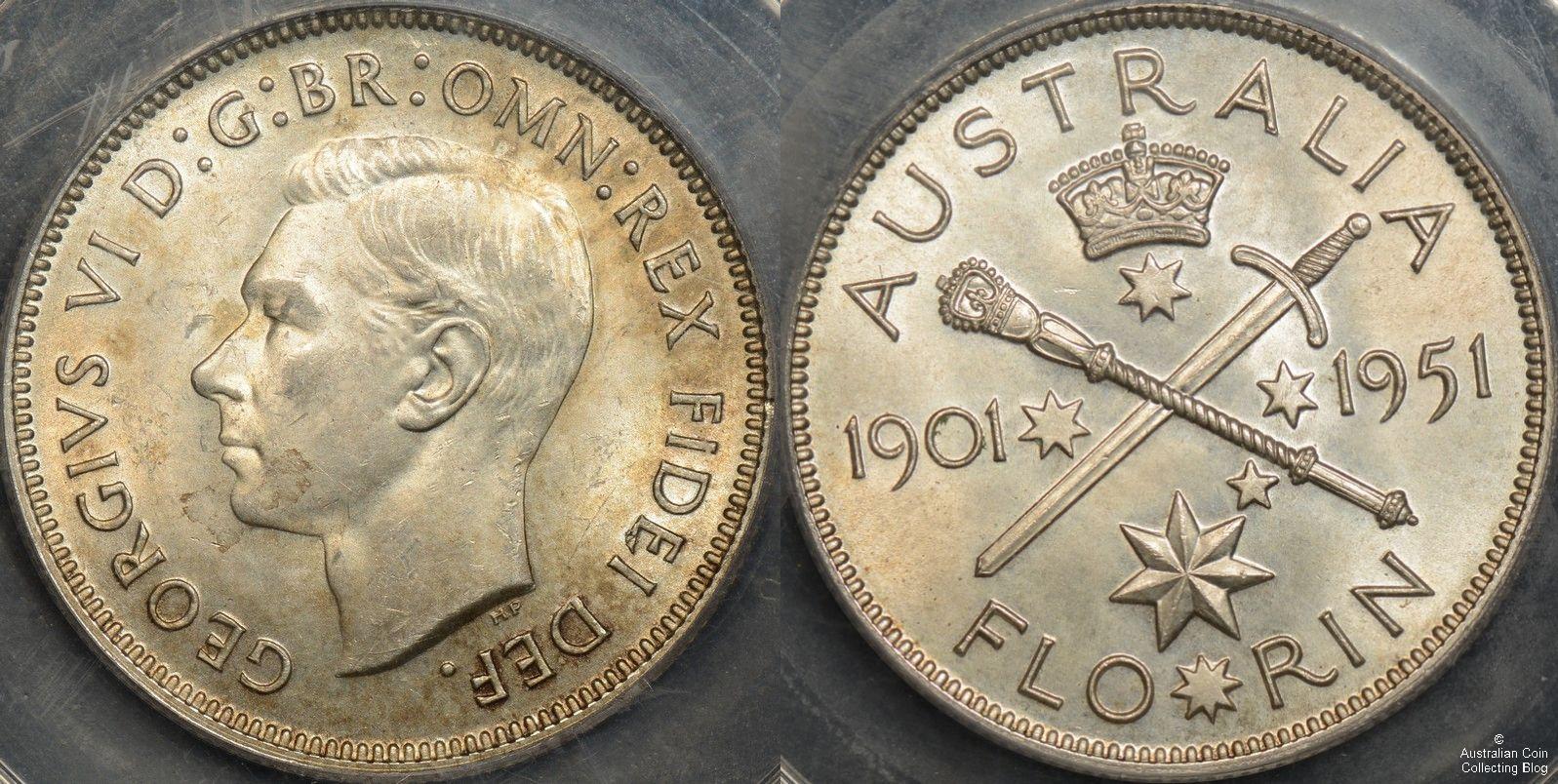 This Australian Florin was struck to commemorate 50 years of Australian federation in 1951. The reverse was sculpted by (William) Leslie Bowles, an Australian sculptor from Victoria (who incidentally also designed the reverse of the 1954 Royal Visit Florin). The design incorporates the 5 stars of the Southern Cross and also the 7 pointed Federation star. The sword and the mace are from from the Canberra coat of arms. The Imperial crown incorporated into the design is symbolic of the British parliamentary traditions we inherited. There was some controversy at the time the coin was issued as it commemorated an Australian event, yet the designer, Bowles, depicted the Southern Cross as found on the Victorian state Coat of Arms. Depicting the crown above the Southern Cross is a further reflection of the Victorian origins of the design, as a similar arrangement is found on that state’s arms. The Australian arms should show the Federation Star atop the cross, and the crown below. The Federation 2/- in 1951 was the first Australian silver commemorative coin struck on q-metal (de-based 50% silver) coin blanks.

These 1951 Federation florin was hoarded extensively and are not hard to find in uncirculated condition. Furthermore they are usually well struck and the even the most critical of collectors won’t have to look too long to find one they like.