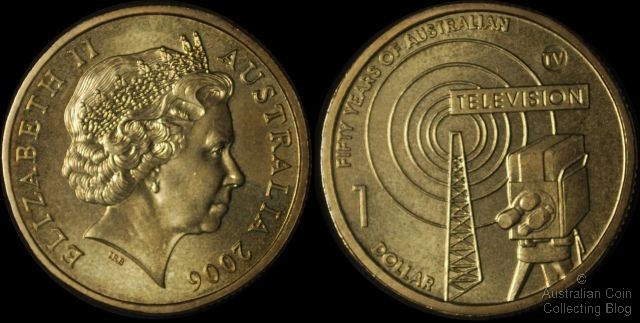 2006 50 years of Australian Television Dollar -the mintmark coin for 2006, this one with a TV mintmark

2006 saw the 40th anniversary of the introduction of decimal currency in 1966. To celebrate this, the coins in the Fine Silver Year Set with the original Arnold Machin effigy of Queen Elizabeth II. The coloured series of dollars were first available in 2006 and were commenced with the Ocean Series with 2 issues and continued through 2007. We also had Melbourne hosting the Commonwealth Games in 2006 a dollar coin (plus a large number of 50c coins) were released to celebrate this.