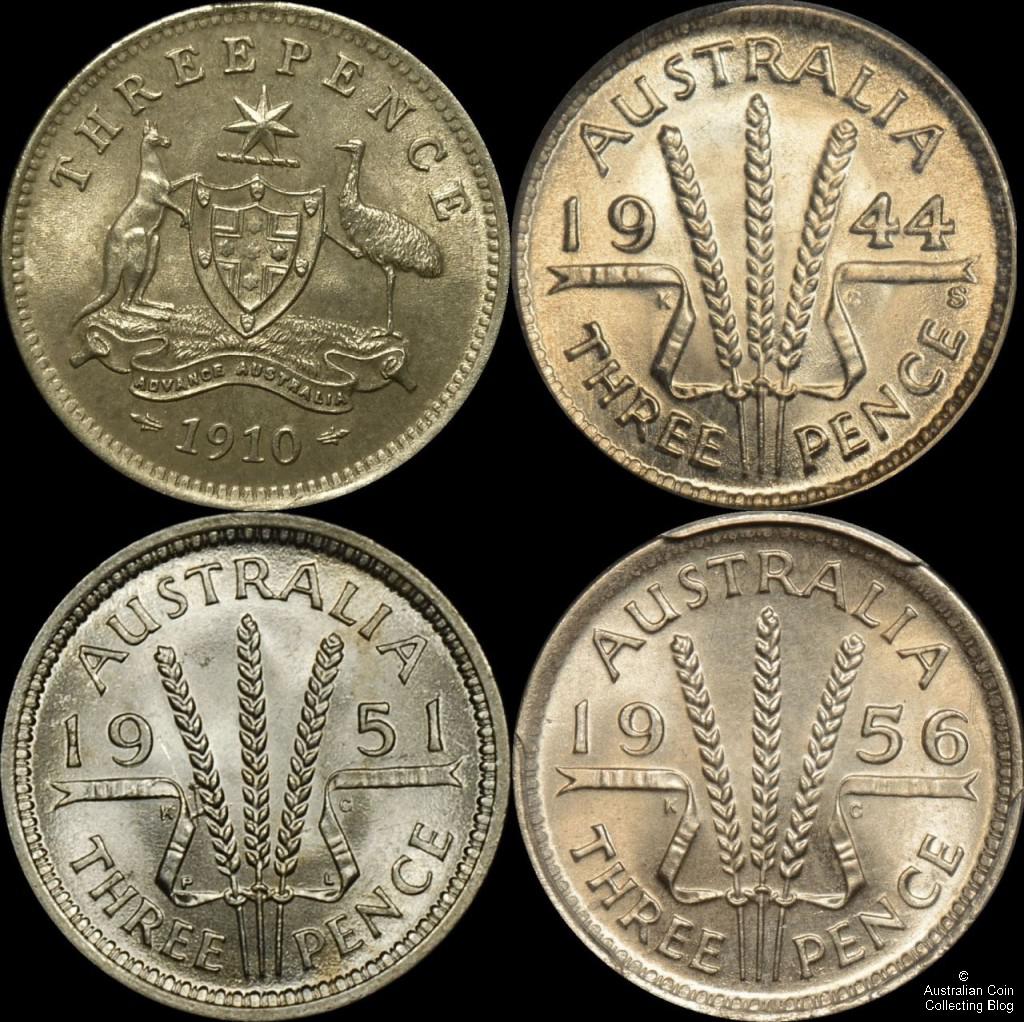 The Australian Threepence was minted from 1910 until 1964 prior to the changeover to decimal currency in 1966. For the first 5 years the three pence was minted in London. For the rest of the life of the coin it was mostly minted in Australia at either Melbourne or Sydney. The only exceptions to this were during World War 2 when the 1942/43/44 coins were also minted in the USA. In 1951 part of the production was again minted in London.

Like all other pre-decimal Australian coinage the three pence was based on the silver standard. The 16mm, 1.41g coins were minted in sterling silver (92.5% silver, 7.5% copper) from 1910 till 1944. In 1947 the coins were debased to 50% silver, 40% copper, 5% nickel, and 5% zinc. The debasement resulted from Australia needing to pay off its’ huge debts incurred during World War 2. All threepences have a plain edge. 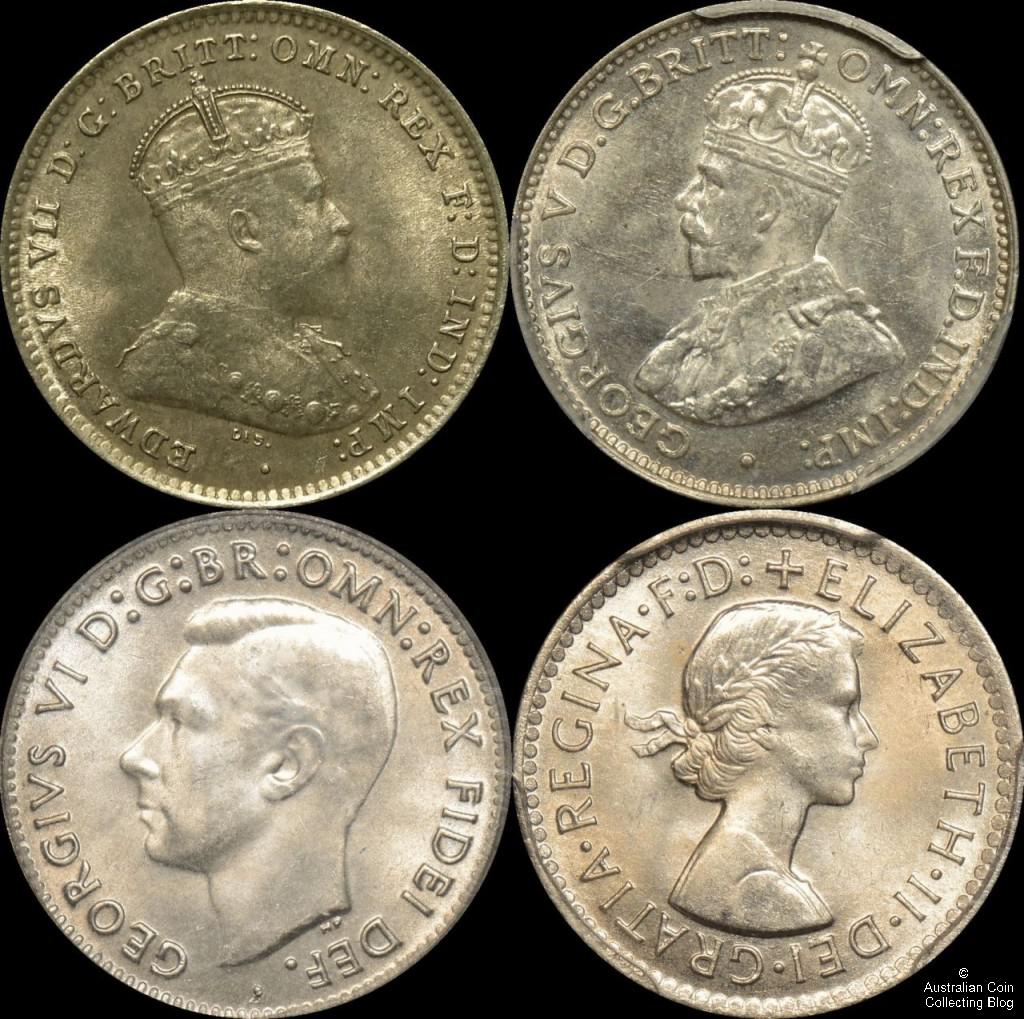 The Australian three pence provides an interesting challenge to the collector. Its small size tended to cause production problems during the life of the coins. The wheat stalk reverse, in particular, was plagued by weak strikes and oil filled dies. The George V obverses will often not show a full set of pearls in the crown even in uncirculated examples. This can provide a challenge to the collector looking to complete the entire set. However, there are well struck up years for each monarch providing easy pickings for the Australian pre-decimal type collector. For collectors with an eye for detail there is no better pre-decimal Australian coin to collect than the threepence. For more information you should read our page about collecting the Australian Threepence.

Read More About the Australian Threepence