The Complete Guide to the Australian 20 Cent (20c) 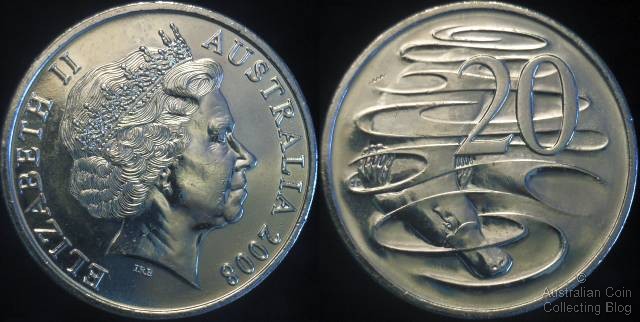 The Australian 20c coin is made from 75% copper and 25% nickel (cupro-nickel), is 28.52mm in diameter and weighs 11.31grams. It has a reeded edge. The standard circulation design is the platypus by Stuart Devlin and was first issued in 1966 at Australia’s changeover to decimal currency. Below is a list of circulation and commemorative issues of the 20c piece.

All issues of the 20c were struck at the Royal Australian Mint in Canberra with just a few exceptions. In 1966 there are Canberra and London varieties which we’ve looked at in the entry Australian 1966 20c Mint Marks. One die variety minted in London is the rare 1966 Wavy Baseline 20c. The 1981 20c issues also have coins struck in Canberra, The Royal Mint in Wales and the Royal Canadian Mint.