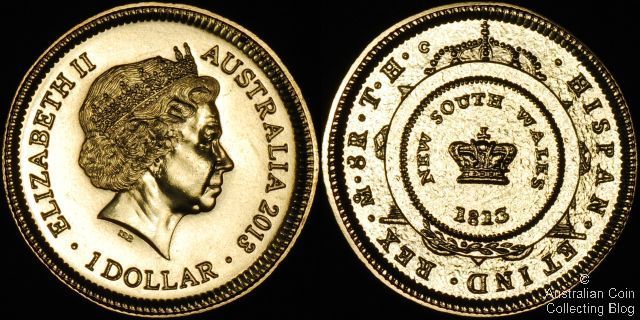 The Mintmark 1 Dollar for 2013, Bicentenary of the Holey dollar and Dump

Collecting the Australian 1 dollar coin is becoming more and more difficult with the increasing number of issues by our circulating coin producer the Royal Australian Mint. To help you keep track this article lists all the circulation and non-circulating (nclt) aluminium bronze dollar coins released as well as the 25mm off-metal coins issued. Included are only the 9 gram, 25 millimetre coins the same type as issued into circulation and found in your change. Where the same 25mm type and design has been released in silver or gold we have included this also.

Footnotes:
**Fine Silver Year Sets put together from the individual boxed coins and are part of the capped 5,000 mintage. It appears only 2,000 of these coins were minted of the expected maximum of 5,000.