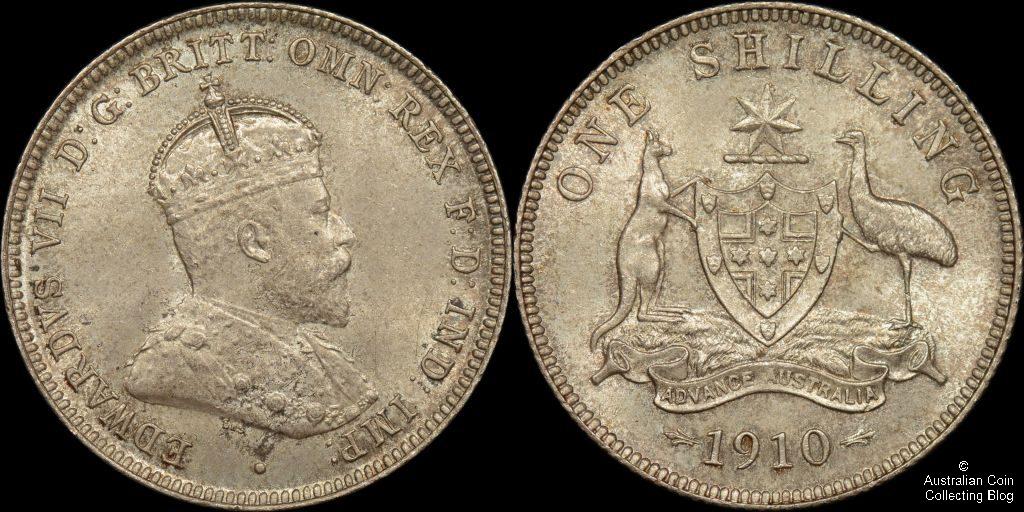 The Australian Shilling started with the first and only year 1910 being issued with the effigy of King Edward VII. The entire mintage was struck in London and do not carry a mintmark. These shillings were first to arrive in Australia in March 1910 and were the first of the silver currency to arrive in the country before the King’s death in May.

The obverse depicts King Edward VII facing to the right. The reverse features the Australian coat of arms. The obverse consists of 140 rim denticles and 142 on the reverse. The 1s also has continuous milled reeding on it’s edge.

Well struck examples of the 1910 Shilling are still easily obtainable and higher grades of this coin should be sought.