The Australian 5 cent coin, first minted in 1966 and still used today is one of the most commonly seen coins in your change. It’s a tiny thing, weighing in at just under 3 grams and only 19.4mm in diameter. The size of the coin is reflected in it’s current purchasing power, which in 2021 is very small indeed. An interesting fact is that the face value of the five cent coin is (according to some sources) actually less than the cost of manufacture of each coin! The decline in purchasing power and high cost of making five cent coins has lead to persistent rumours of their demise but for the time being they are here to stay.

Enough of the history the coin, what are these pesky little things worth? The sad fact is that apart from a few notable exceptions the value of Australian 5 cent coins are mostly (wait for it), five cents! Below you can find a list of several Australian Five Cent Coins whose values are DEFINITELY not five cents! 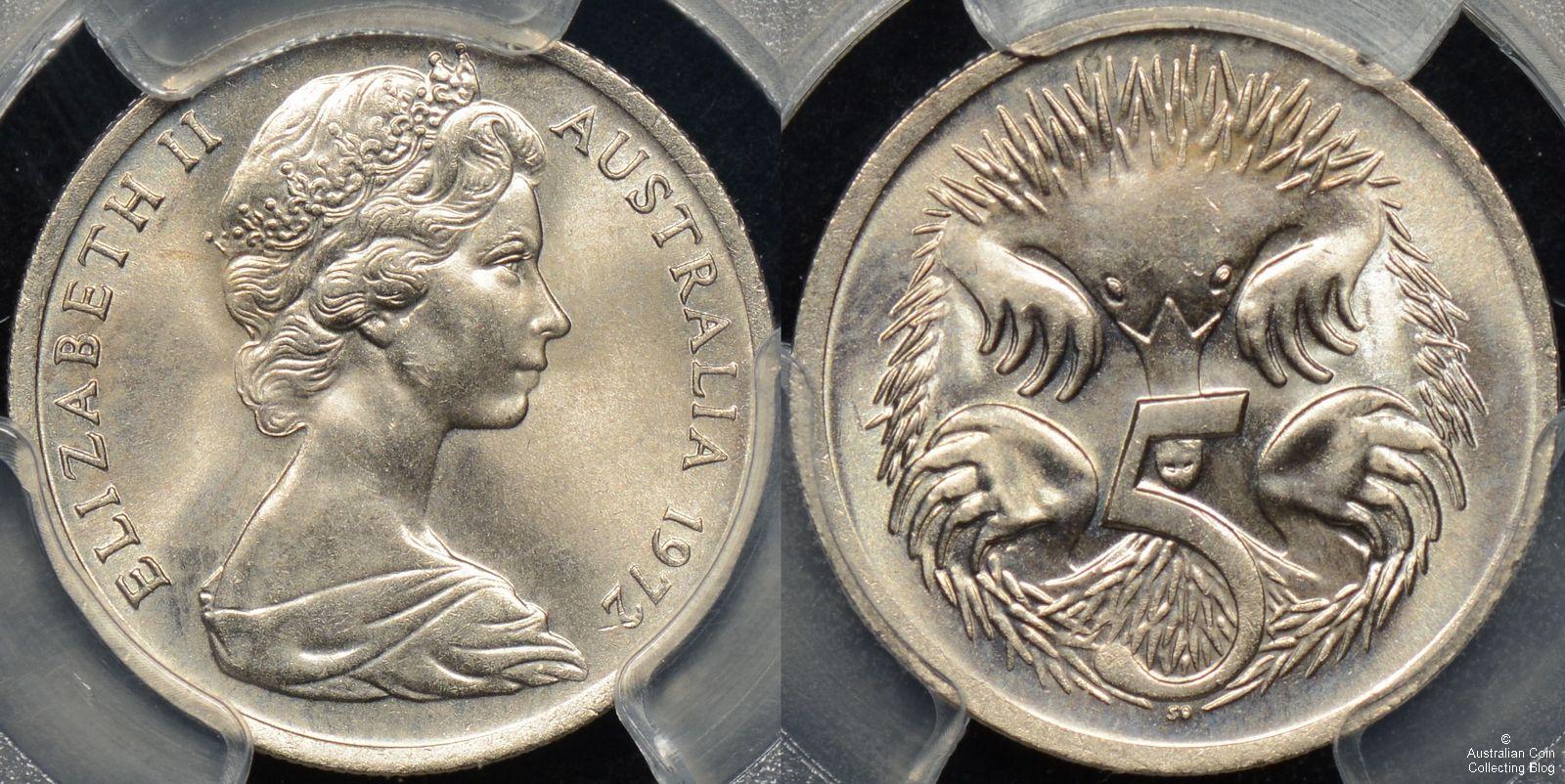 Just 8.25 million 1972 dated five cent coins were minted, which until the 2016 Decimal Currency 5c, was the lowest mintage for a circulating 5c coin. Because of this the 1972 coin has always been the “key date” of the series and keenly sought by collectors. If you happen to find a well circulated 1972 five cent in your change it might be worth $5 or so. However if you manage to find one in an old money box or coin collection that is lustrous and uncirculated like the day it was made, it could be worth $50 or more.

A very small number of 1966 dated five cent coins that were minted at the Royal Mint in London were made in a coin press with a loose obverse die. This resulted in what is known as upset coin errors where the head and tails sides of the coin are not properly aligned. We’ve only ever seen one or two of this error making it very scarce and valuing them at anywhere from $50 to $200. The value of this Australian five cent coin certainly makes it worth looking out for in your change!

Operator error (or mischief) lead to some 2007 dated 5c coins being minted with two heads (obverse) dies. Somehow these double headers got into circulation and have been turning up in small numbers for the last 7 or 8 years. Each is worth $1,000 dollars or more and uncirculated examples often realise more than $2,000! One avid coin noodler has found several dozen 2007 double header five cent coins, a collection that is now worth a considerable sum.

At some point during the minting of the 2016 Changeover five cent coins one pair obverse and reverse dies tried to strike a coin when no coin blank was present. This resulted in the two dies hitting each other (or “clashing”) with the reverse die actually imprinting some of it’s design on the obverse die. From that point forward any coins struck by those dies has what looks like alien antennae sprouting from the top of the penny on the obverse design. This extra design element is due to the clashed dies. This distinctive and well sought after variety has sold for $300 or more and they are very rarely seen. Certainly a valuable five cent coin to keep your eye out for.