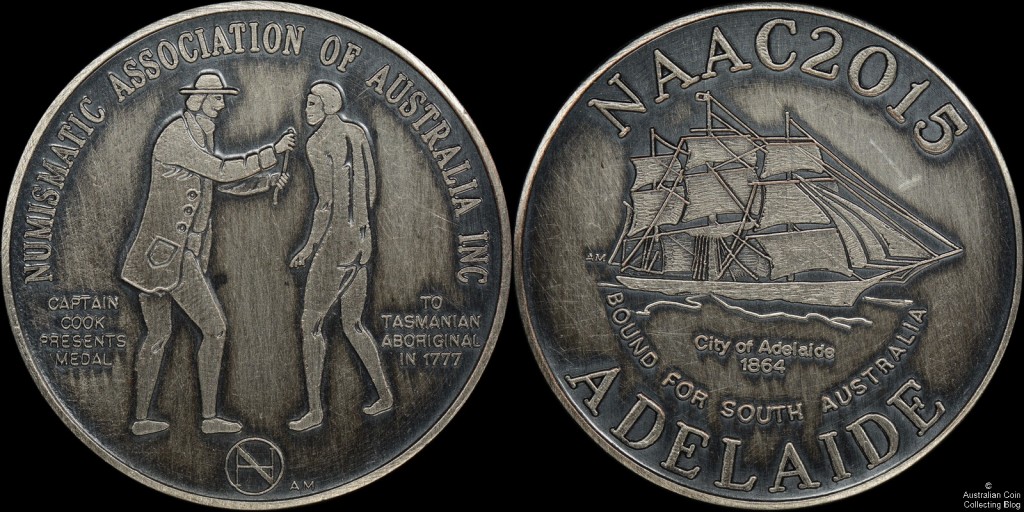 Seen above in antique silver is the NAAC (Numismatic Association of Australia Conference) Commemorative Medallion that was struck for the 2015 Sixth International Conference of the Numismatic Association of Australia Inc. The Conference was held in Adelaide on 23 to 25 October 2015, with the majority of events taking place in the Naval, Military and Air Force Club on Hutt Street in Adelaide. The medal was struck by the Adelaide Mint and the dies engraved by Michael Nanson. The obverse shows Captain Cook presenting a Resolution and Adventure Medal to an aboriginal in Adventure Bay in 1777. This is presumed to be the first time a medal was presented in Australia. The image is based on an unfinished painting by John Webber, an artist who accompanied Cook on his third voyage. The reverse of the coin shows the clipper ship City of Adelaide, the oldest extant clipper ship. The reverse was conceived by Barrie Newman of Adelaide Mint and the image of the ship is based on a lithograph that can be seen here.

The medals were struck in antique silver plated bronze (26 minted) which were presented to speakers at the conference. 73 were also struck in bronze and were available for sale during the conference for $25. One medal was struck in .999 silver and was auctioned on the evening of 24 October 2015 at a formal dinner held for registrants and partners. Each medal measures 38.7mm and is 3.2mm thick. The antique silver medals weigh 39.7g, the bronze 39.5g and the .999 silver example 35.1g.

The antique silver medals and .999 silver example were presented in felt covered flip top boxes in a white cardboard sleeve. The bronze medals were packaged in small zip lock bags. The antique silver and bronze medallions came with an information card. The .999 silver example, protected in a coin capsule, was accompanied by a large certificate of authenticity signed by the Adelaide Mint Executive Director.

Below you can see images of the bronze medallions and the sole .999 silver medallion. 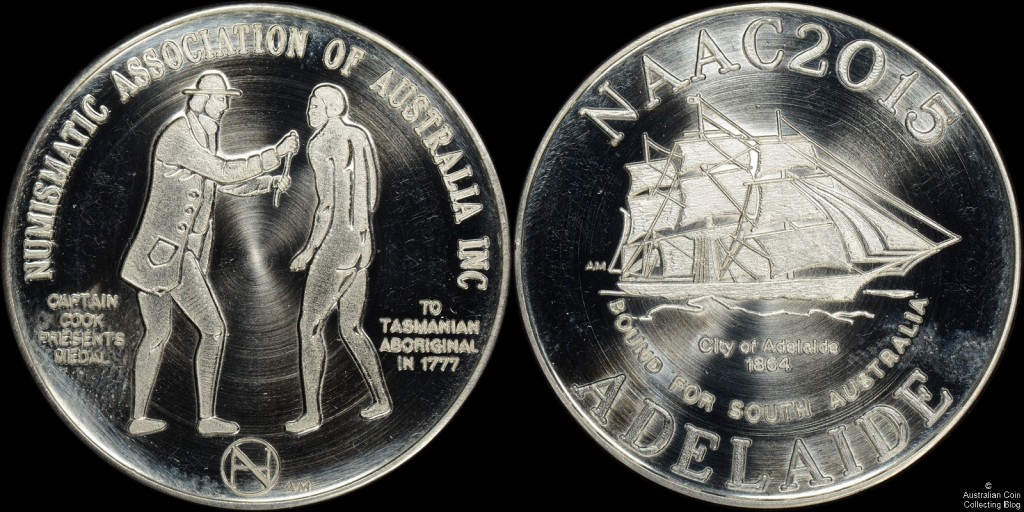 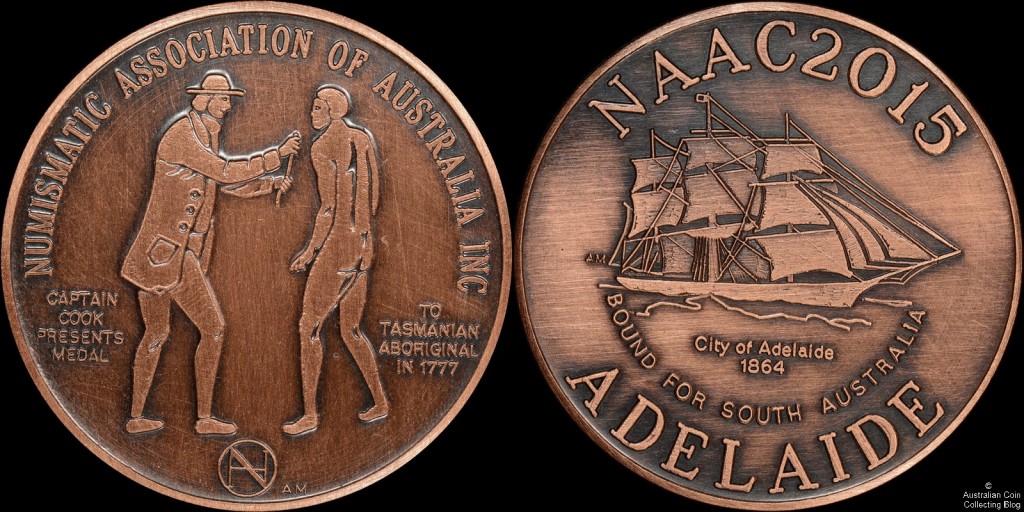