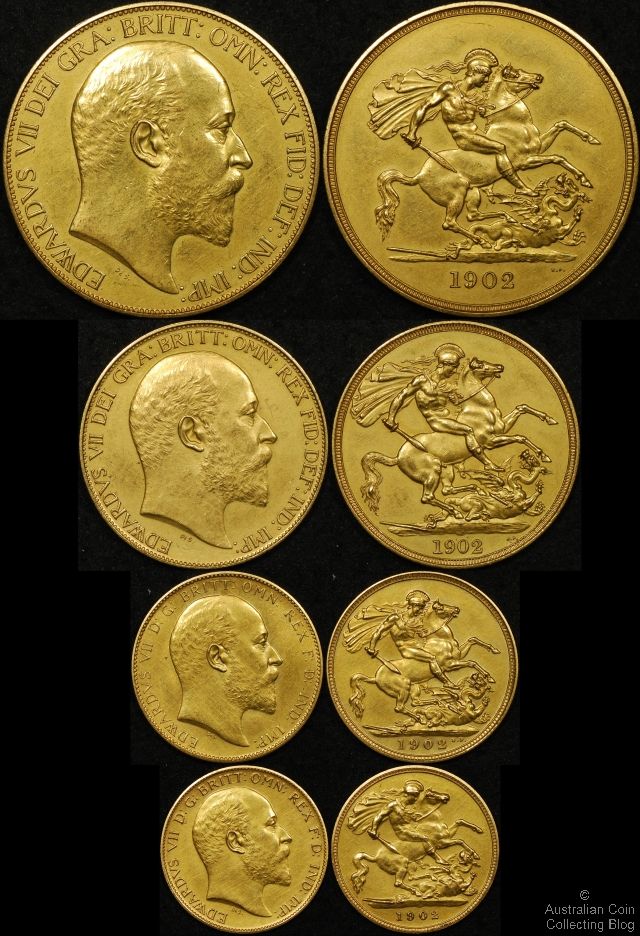 1902 saw the coronation of Edward VII after the long reign of Queen Victoria. As part of the coronation celebrations the Royal Mint released proof sets containing either 13 coins (the long set) or 11 coins (the short set). The long set had a mintage of 8,066 sets while about a thousand less short sets were produced at 7,057. The sets were released in felt lined wooden cases with a maroon leather exterior. Both sets included proof versions of the sovereign, half sovereign, crown, half crown, florin, shilling, and sixpence. They also included a proof Maundy set of four coins. The long sets included two additional coins, the double sovereign and the imposing 5 pound (five sovereign) coin containing nearly one and a quarter ounces of gold. Above you can see the proof gold from a 1902 matte proof long set.

The finish of these coins was matte, completely different to the usual polished brilliance of earlier sets (and for that matter) later sets. The process to create the matte proofs was developed in the preceding decade in Belgium and was adopted by the Royal Mint to make the 1902 sets. Coin-collecting folklore says that the Royal Mint workers disliked the finish greatly and wiped the coins as they came out of the presses on their leather aprons to give them a more brilliant appearance. Regardless of whether the wiping legend is true or not almost every British 1902 proof coin you will find is hairlined, from the monstrous 5 pound coin down to the tiny Maundy penny. 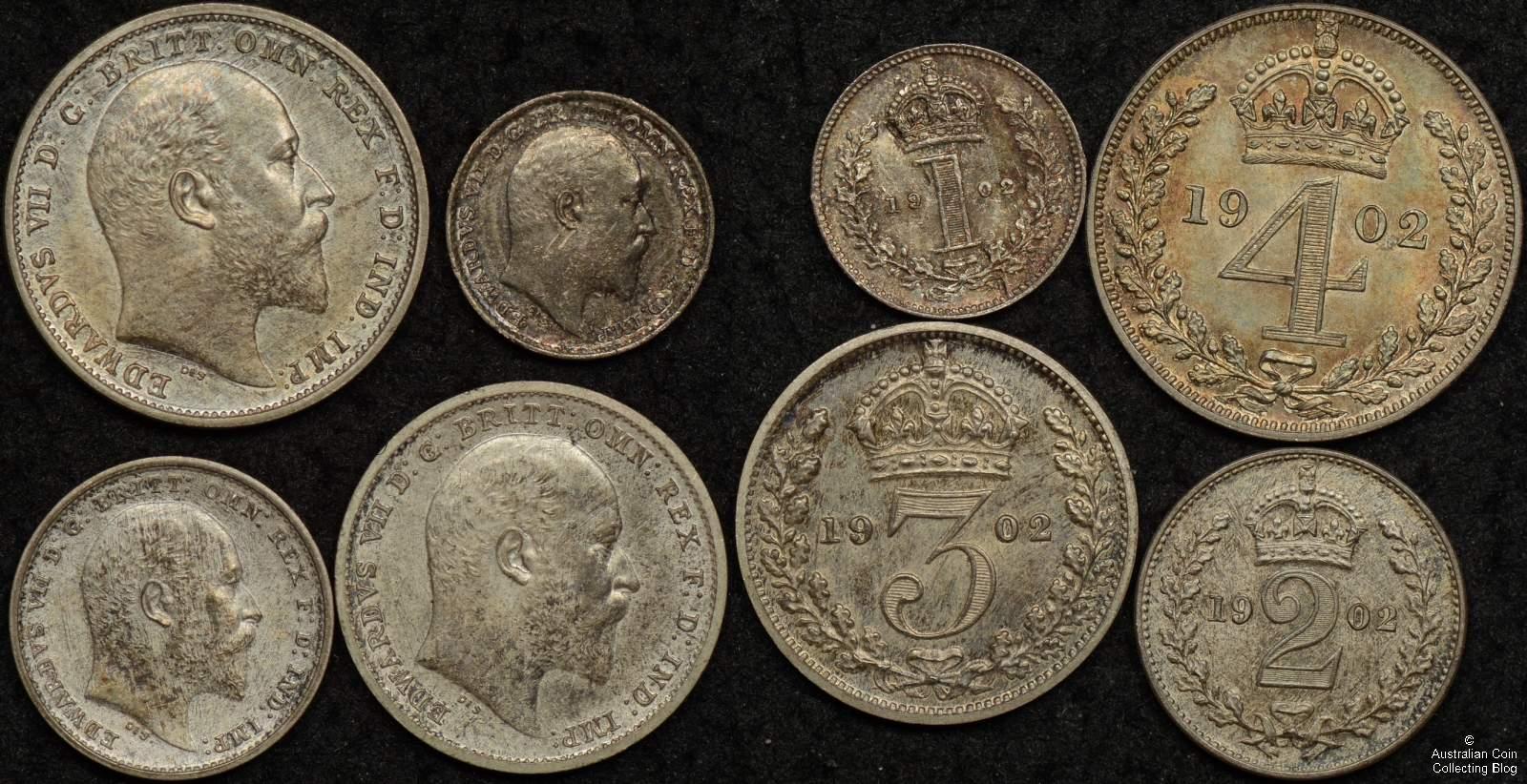