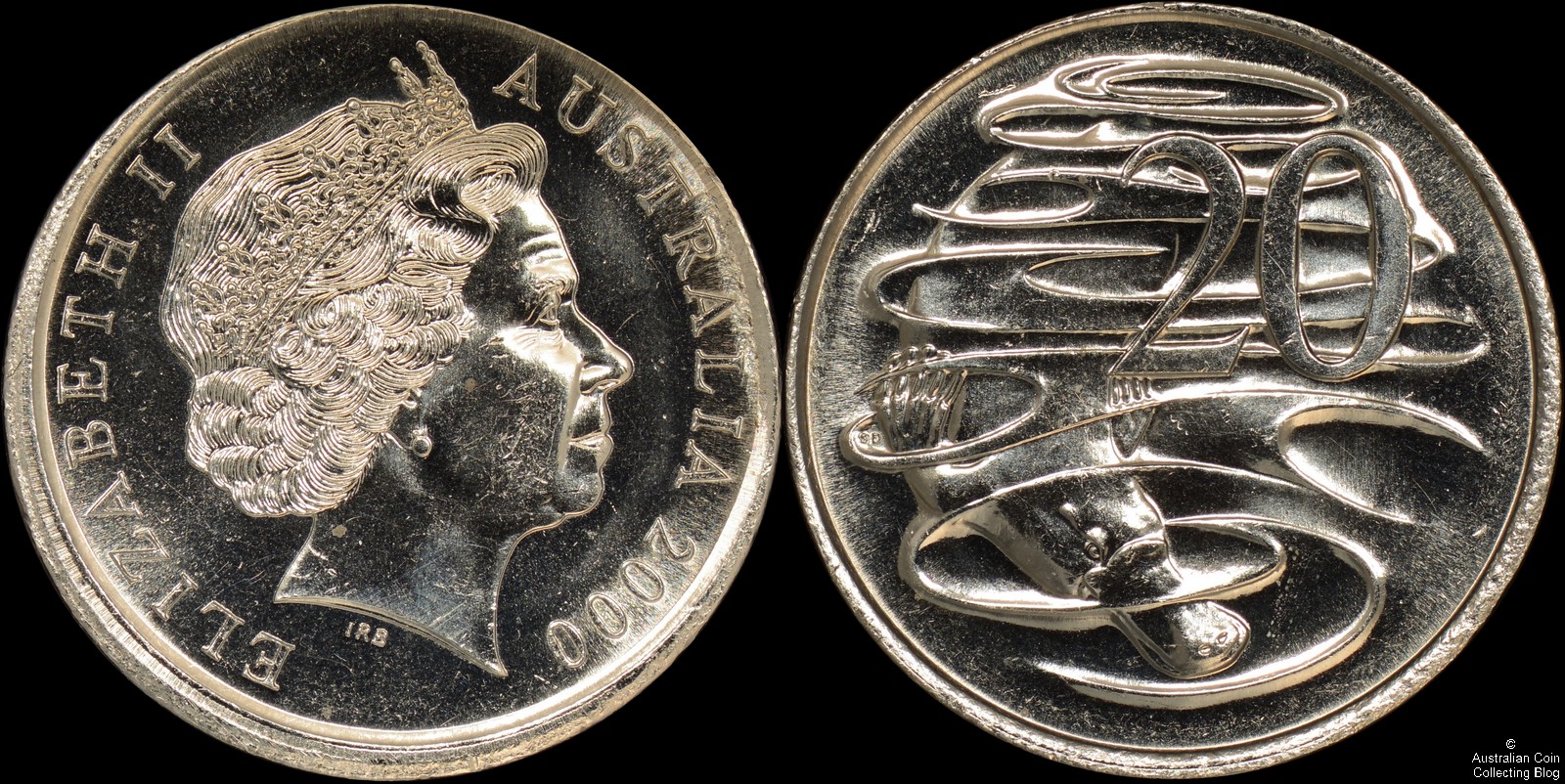 Over the years we’ve seen a number of year 2000 20 cent coins that were struck incorrectly, usually they’ve been tilted or straight partial collar errors. Above you can see an image of one such coin that is a bit different (and quite a bit nicer) than most such errors. Firstly, and most obviously it’s a fabulous grade. In fact we’re told it was removed directly from a mint bag and placed into a coin holder almost 16 years ago which helps explain how it’s still in such excellent condition. Looking closely at the image above the keen eyed observer will note the coin shows a thicker rim that you’d expect around about half of the coin, while about a quarter of the rim is simply missing.

An examination of the edge of the coin (see below) shows that the coin barely engaged at all with the collar and reeding is present on only a small fraction of the width of the coin edge. There’s actually only a trace of reeding present on 3/4 of the circumference of the coin, with no reeding at all visible the remaining on 1/4. The area of missing reeding corresponds with that region on the obverse running from the top of the Queen’s tiara around to I of Australia. It’s no coincidence that the area of missing reeding is also the same region of the coin that is missing any sort of rim. 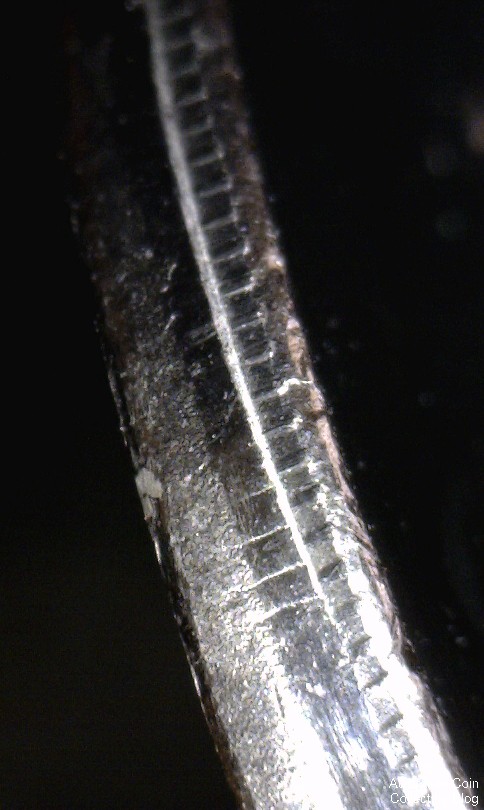 If you look closely at the detailed image above and that below you’ll see what we’re calling “ghost” reeding on the coin edge above the area of fully formed reeding. This “ghost” reeding is barely formed and could easily be mistaken for scratched on the coin edge but careful examination shows that lines match up perfectly with the indented parts of the fully formed reeding below. We can’t recall ever seeing this feature on an error before and can only postulate as to the cause. The most likely explanation is that the blank was partially engaged with the collar die prior to being struck and as it was struck it tilted upward and scraped against the collar die leaving the faint witness marks of this movement. 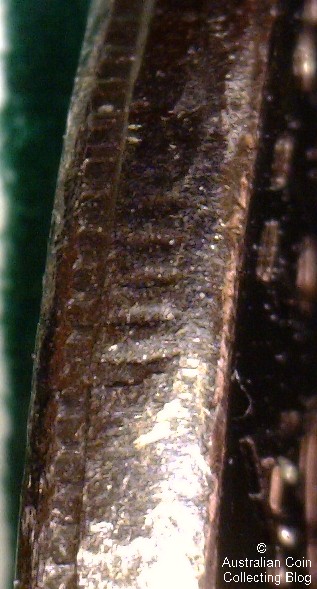 One of the strongest indicators for the authenticity of most out of collar or partial collar coin errors is unconstrained radial metal flow. Usually the collar die constrains the radial metal flow of a coin blank and indeed forms the edge graining/reeding of the coin as the flow is restricted. However, when a bank fails to engage with the collar the metal of the coin planchet flows outwards. This metal flow is generally visible in a few different ways. The first is “fish tailing”, a second (and less common) observable characteristic are radial metal flow lines. The images below show both these characteristics. A concavity is present in the base of the L of AUSTRALIA due to the metal in the upstroke of the L flowing radially outward. 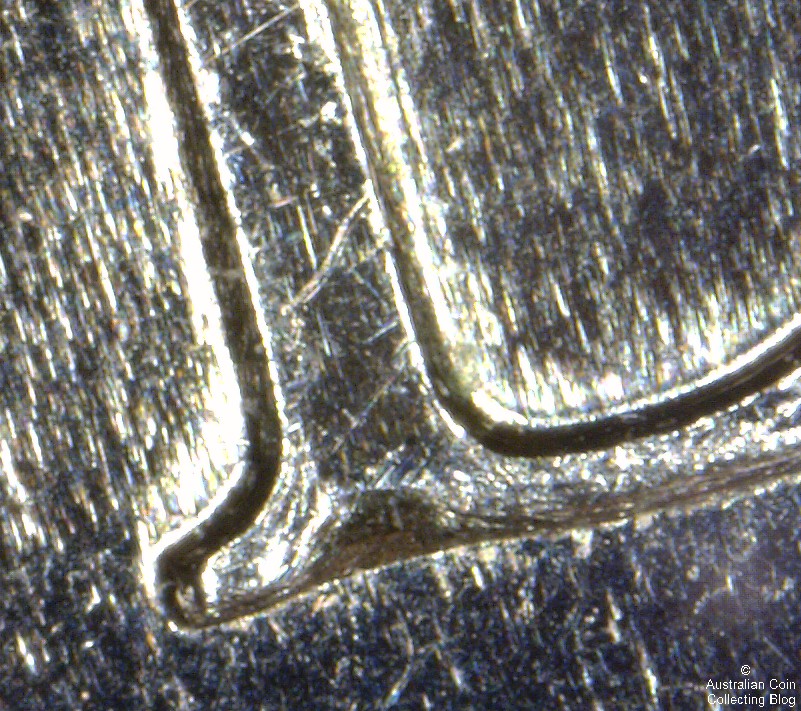 Fishtailing on the L of AUSTRALIA

This second image shows the radial metal flow lines around the T of AUSTRALIA. The lines run directly from the center of the coin to the circumference of the coin. They are particularly evident in the image below because this is the region of the coin that failed to have any engagement with collar die at all. 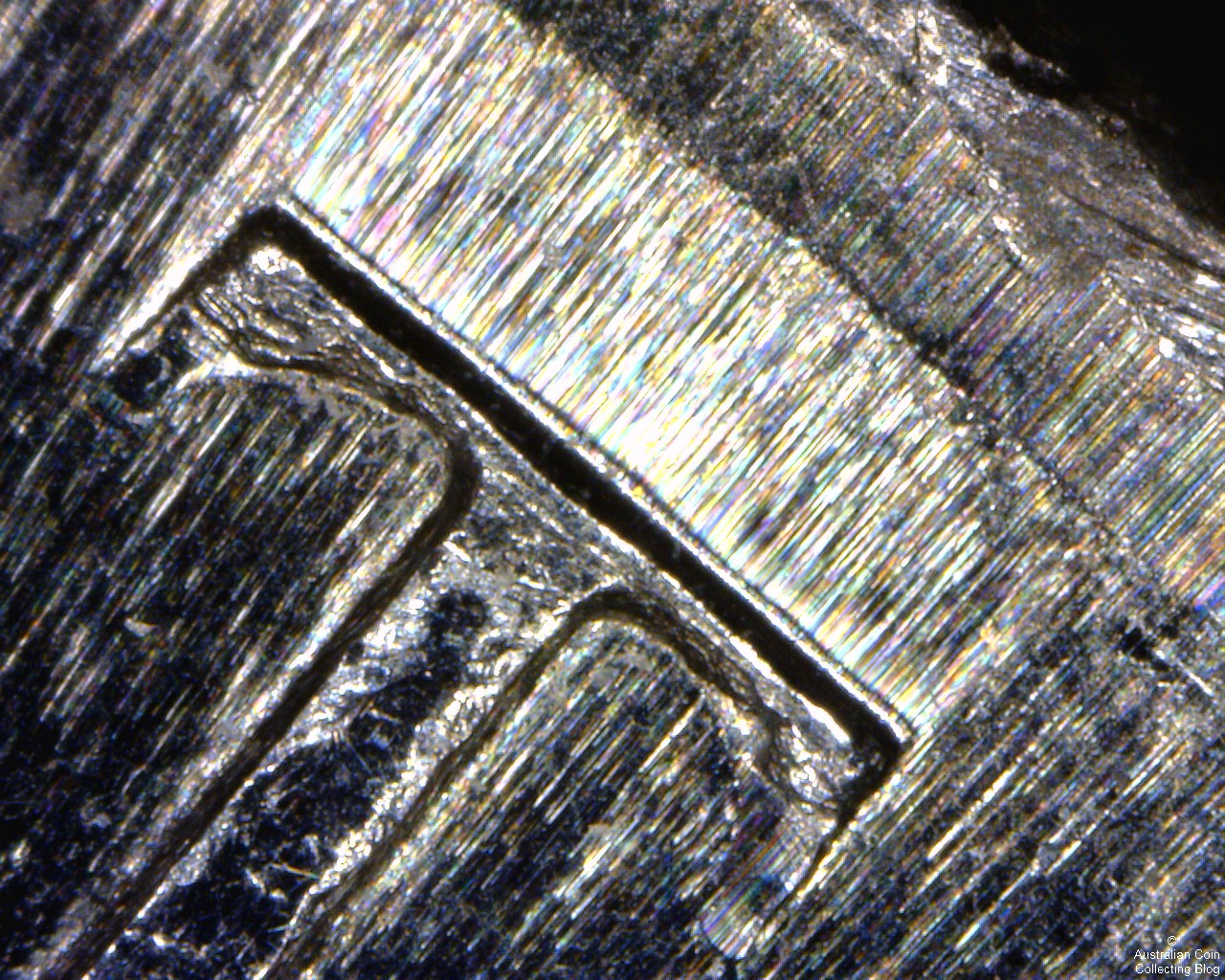 The year 2000 is one of the more common years to find mis-struck 20 cent coins, particularly partial and tilted partial collar errors. The coin discussed in this article is much nicer than most as it was withdrawn from circulation very early in it’s life. It has most of the strong indicators that an error collector should look for when determining the authenticity of an error coin including partial reeding, fishtailing of legends, and radial metal flow lines. It also has an interesting feature not often seen, so called “ghost” reeding, perhaps formed as the coin blank moved in the collar die as it was struck.