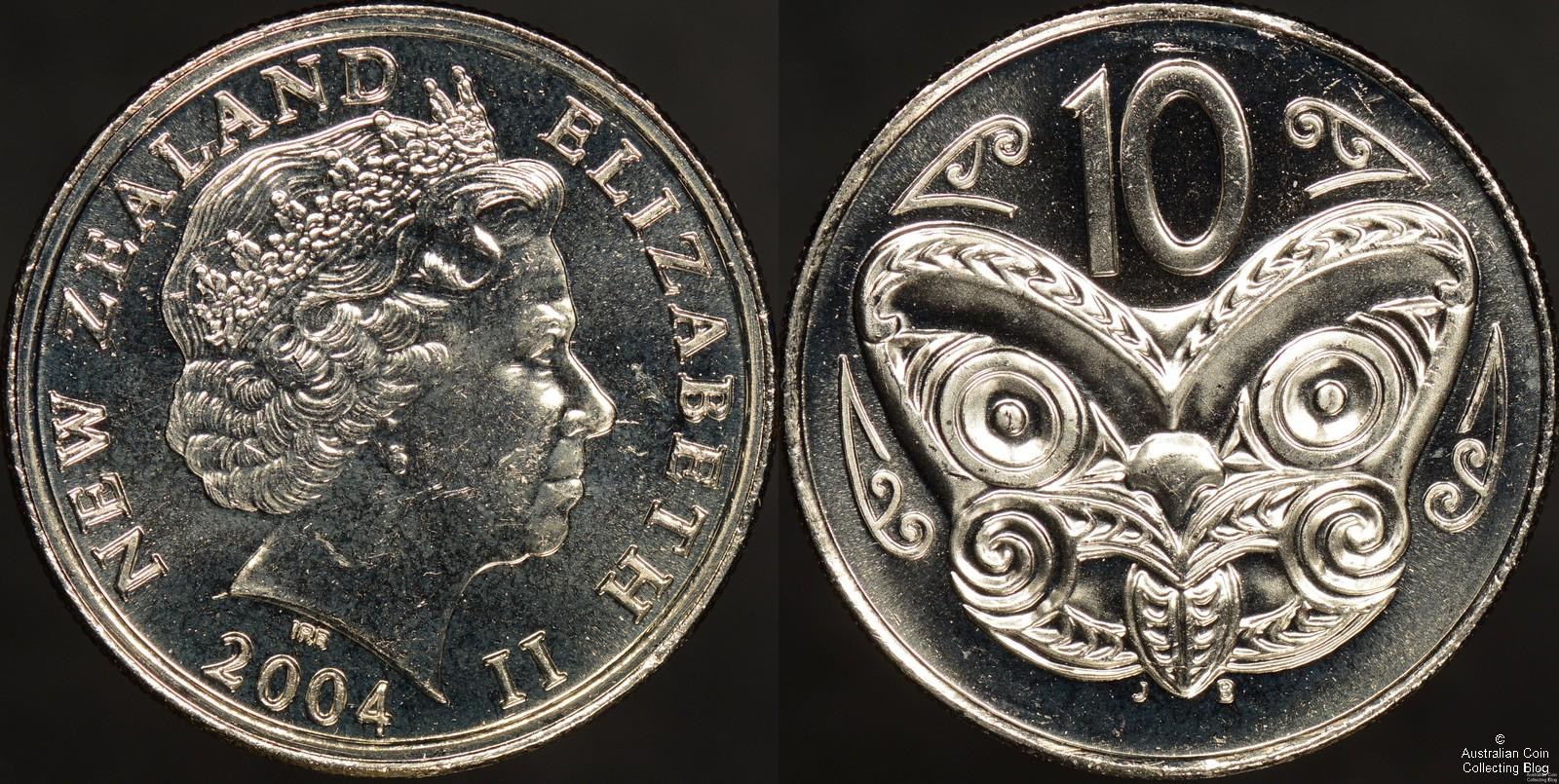 New Zealand variety collectors have been amassing the 2004 10 cent with a peculiar double rim thinking it was more simply a coin with a misaligned obverse die (MAD). With more thought and some measurements taken it’s been discovered that the variety wasn’t what it was first thought to be and is indeed much more exciting. Those measurements indicate the whole obverse is just that little bit smaller than it should be and is in fact the obverse of the New Zealand dollar coin.

Another mule is born!

A 10c piece muled with a dollar coin obverse and the correct 10 cent reverse. Interestingly that’s just the opposite of the Australian (year 2000 dated) dollar coin struck with the 10 cent obverse!

The 2004 New Zealand 10 cent was the last of the larger size cupro-nickel coins issued before the change to smaller coins in 2006. It measures 23.6mm. The New Zealand dollar coin (that didn’t change) measures 23mm. The 0.6mm difference in the size of the die resulted in 10c coins struck with this double rim. In comparison to the Australian mule this difference is about half that seen on the Australian coin. It also means the Queens portrait and legends are slightly smaller.

Some other identifiers present on the 2004 New Zealand mule are explained in more detail in the discovery article by Jason Gray published in the Royal Numismatic Society of New Zealand (RNSNZ) December 2015 journal. More die differences have since come to light than can help confirm the identity of this mule coin. These are more easily seen under magnification and are detailed below.

If you are familiar with New Zealand coins you’ll know they don’t have their own mint and other major mints around the world strike coins for New Zealand. In 2004 the Royal Mint in London was minting circulation coins and the Royal Australian Mint manufactured their mint and proof sets. This mule error occurred at the Royal Mint and is only found on those coins minted for circulation. Looking at the close-up image of the portrait designers initials IRB you can see that the letters are joined which is a feature of the 2004 dollar coins and the mule coin.

6.5 million ten cent coins were minted for circulation in New Zealand in 2004 but they have since been replaced with the newer smaller coins with a different composition. They are no longer legal tender. Whilst collectors were fixated on the 2004 5 cent which is a low mintage circulation issue this discovery slipped under the radar until now! It’s not known yet how many of these mules were minted but certainly a large number are in collector hands already or hoarded in bulk coins by the New Zealand public when the larger coins were phased out. 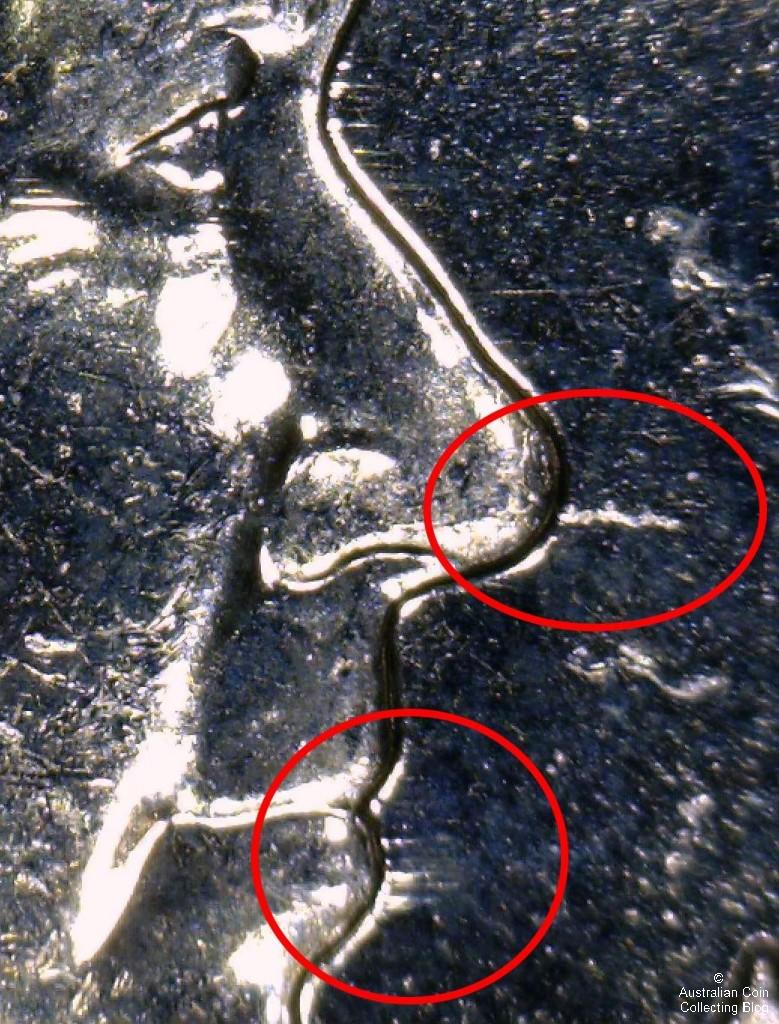 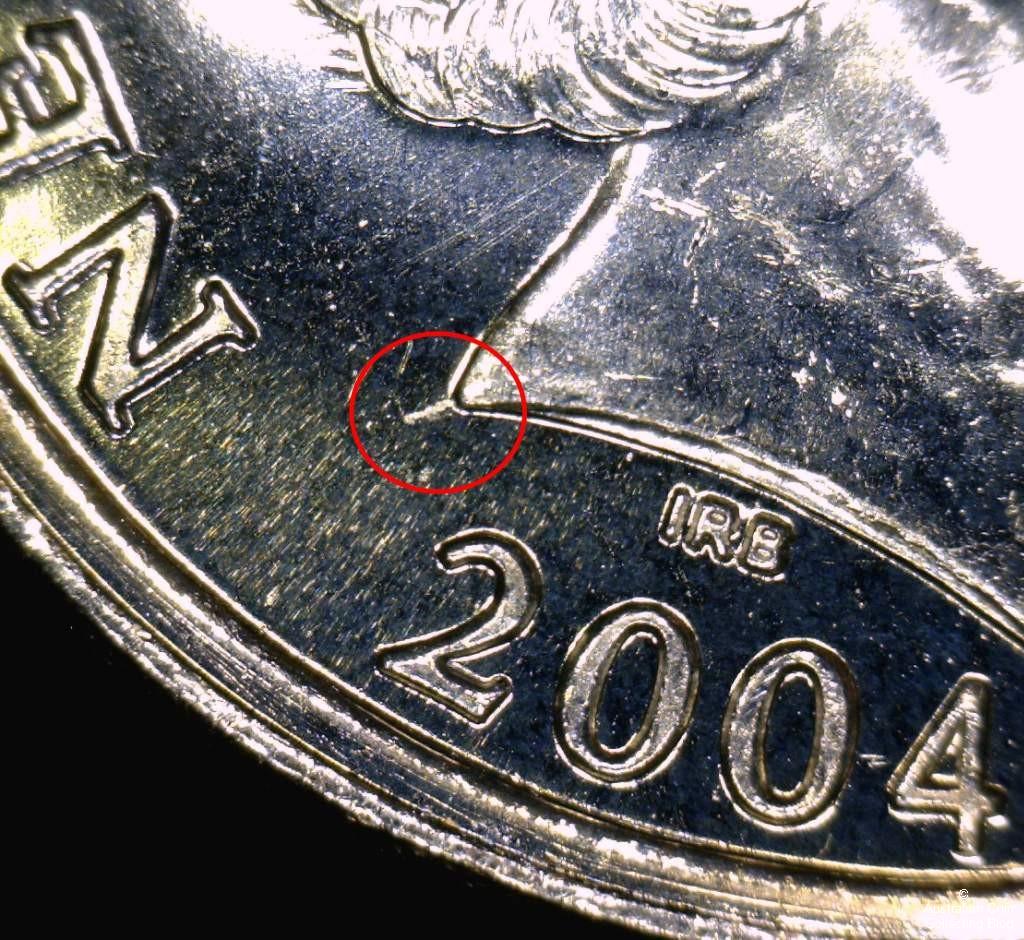 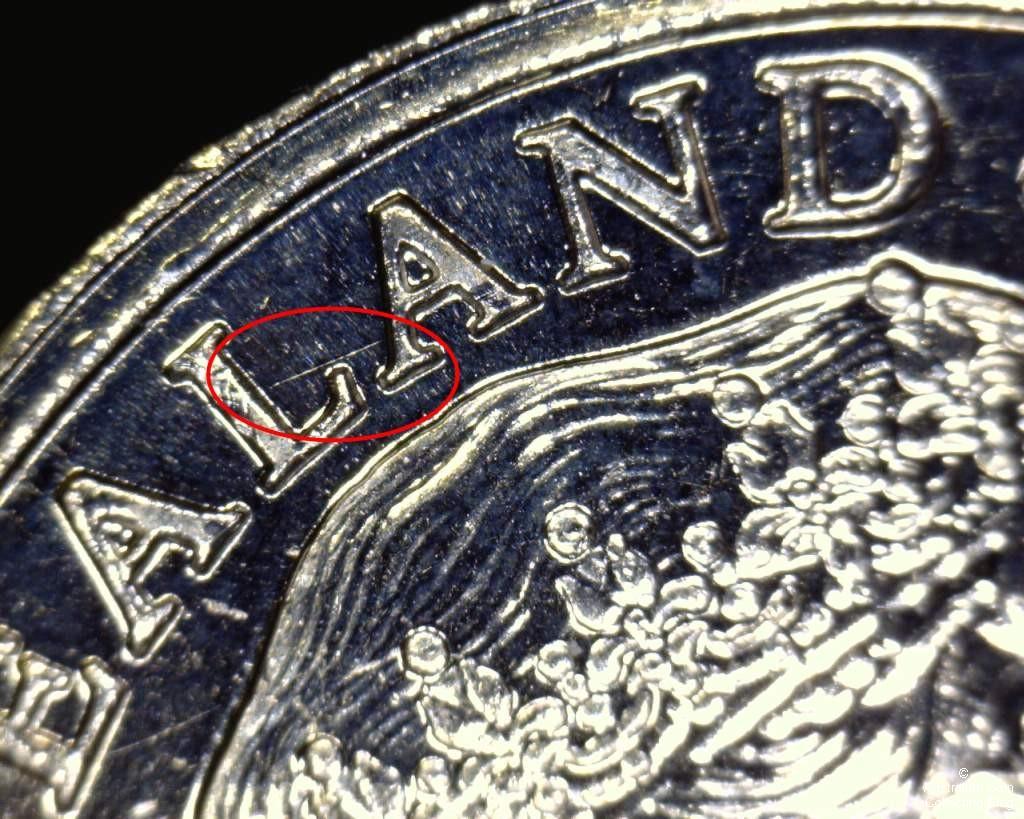 Die Polish Line Between L & A 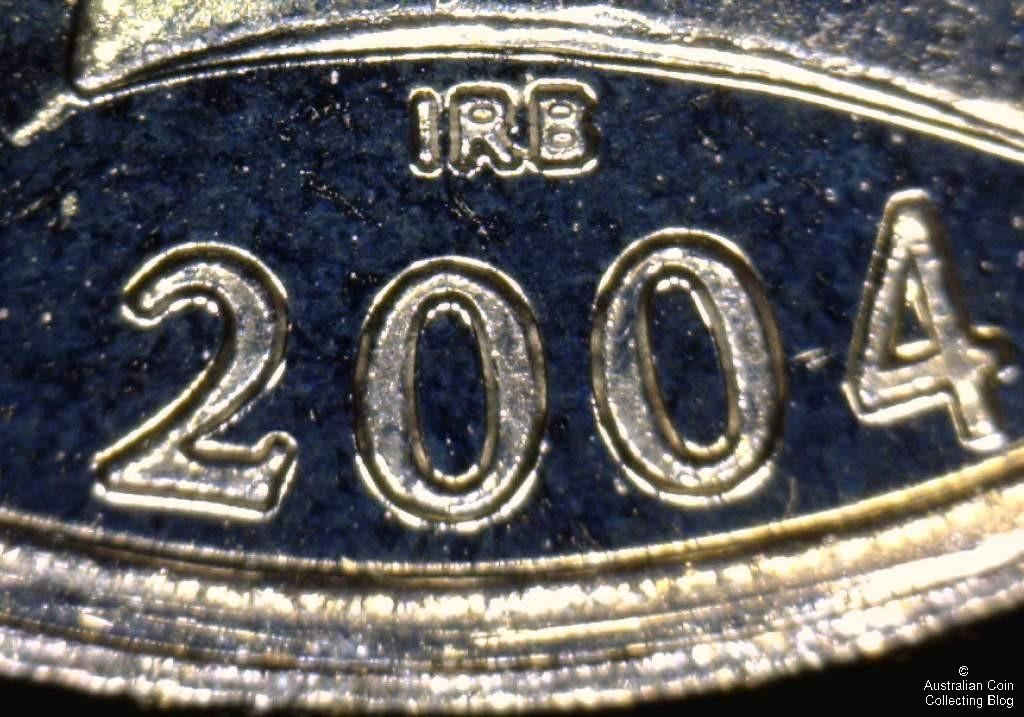 Joined IRB a Feature of the Dollar Obverse