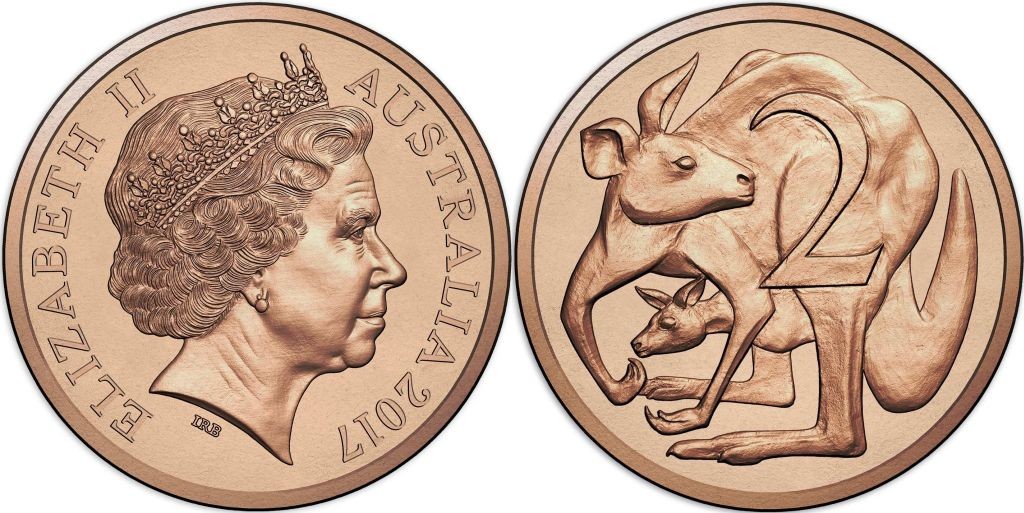 The coin above is titled the Stuart Devlin Exhibition coin and is released to coincide with an exhibition currently being shown at the Royal Australian Mint in Canberra. On display is some of the works by Goldsmith and jeweller to the Queen, Stuart Devlin AO and this Australian 2 cent featuring the Kangaroo and Joey is one of his designs proposed for the new decimal currency in 1966. It was Mr Devlins vision to see this design on the 2 cent piece but it was the frill-necked lizard that the public saw don the new 2 cent in 1966. This design has been struck in 2017 as a testimony to the now 85 year old designer with the midas touch. Stuart Devlins designs usually have small SD initials on the coin reverse somewhere indicating he was the designer, this coin lacks this detail.

The design as it was proposed prior to the introduction of decimal currency in 1966 was first a series of sketches that was then reproduced onto a plaster which is seen below. 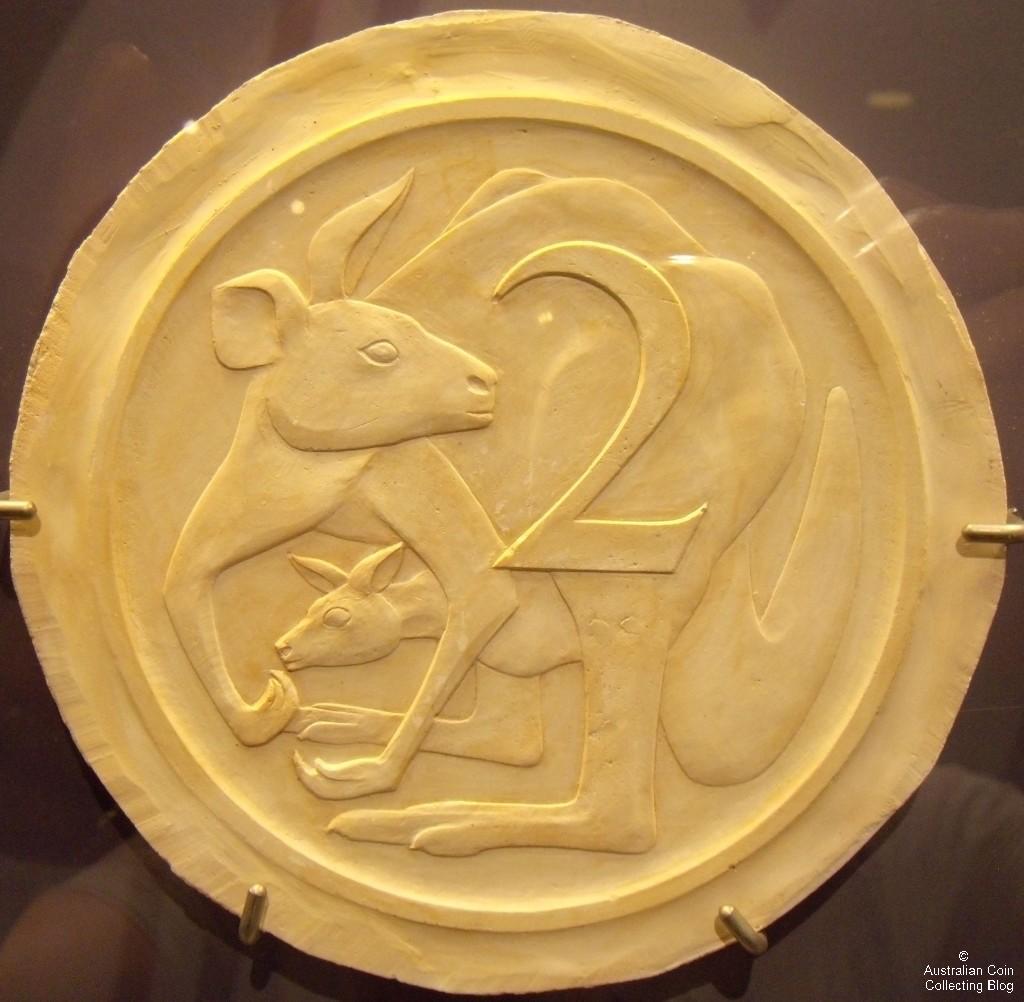