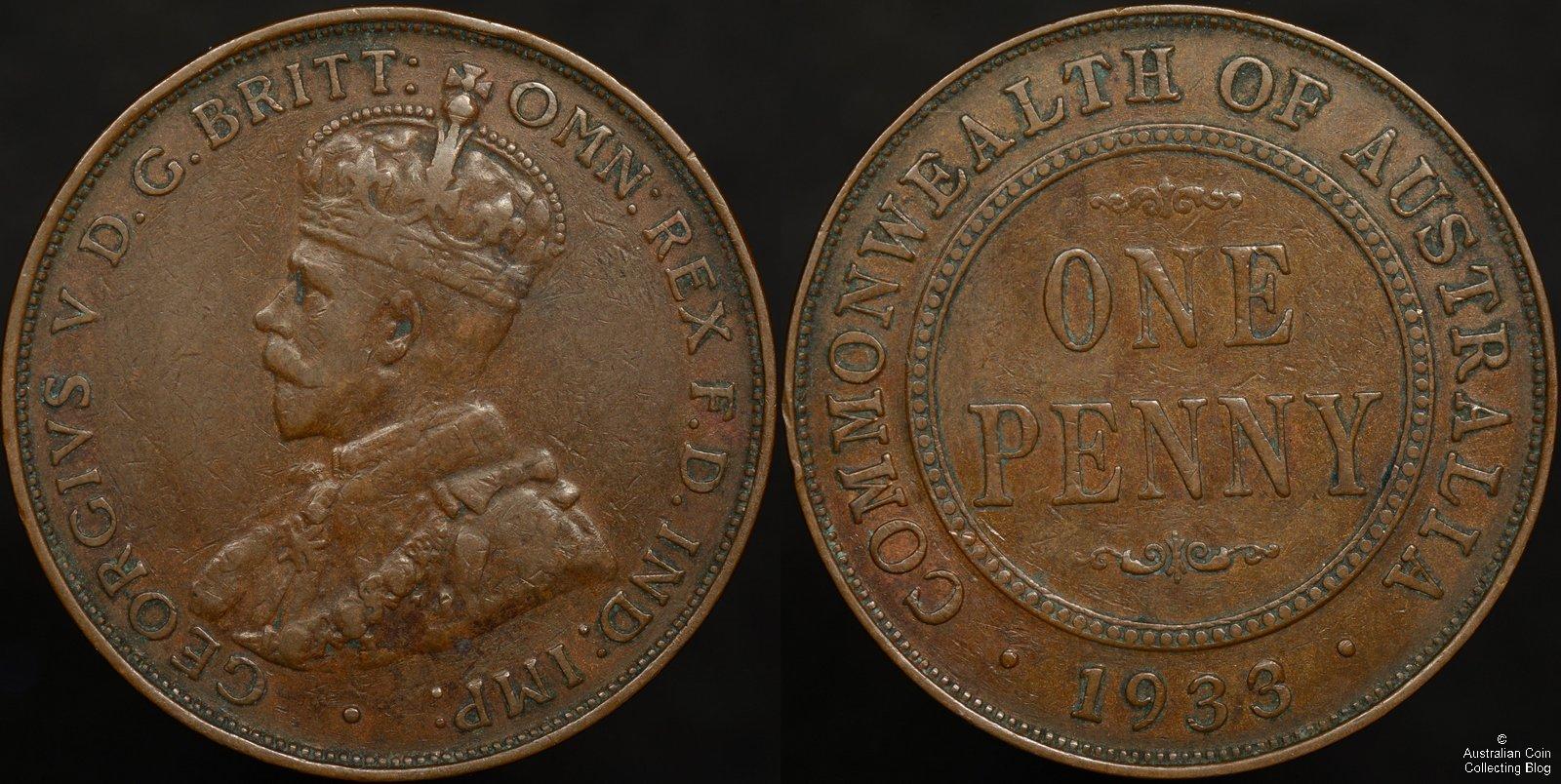 A particular type of coin variety is the overdate. Put simply an overdate is a coin struck from a die that has a trace remnant of a previous years numeral in the date. Among Australian copper and silver Commonwealth coinage there are 4 known overdate issues, the 1922/1 3d, the 1925/3 1s, the 1933/2 1d, and the 1934/3 3d. 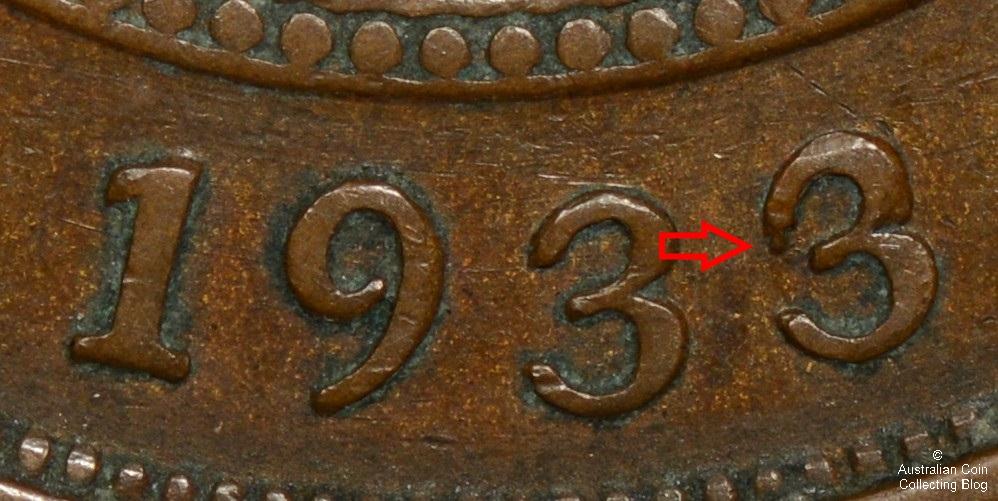 The image above shows the 1933/2 overdate penny with the last 3 of the date expanded. You can see clear traces of the underlying 2 extending from the end of the top loop of the 3 and from the front and back of the top loop of the three, There are a number of overdate issues available among the gold Commonwealth issues of the 19th century. As far as I understand there are 3 different ways that an overdate working die can be produced:

Looking at the Commonwealth overdate issues and their relative mintages it isn’t hard to postulate how each issue was produced. The 1922/1 3d is an extremely low mintage coin, less than 1500 issued so may be the product of just one re-worked production die. The 1933/2 penny and the 1934/3 threepence comprise just a fraction of the total mintages for the year but enough to suggest that one or more overdate working dies were produced and used to make coins during those years. Jon Saxton at Triton Coins suggests that the 1933/32 penny working dies were formed by hobbing existing 1932 penny working dies with a 1933 penny punch. He goes onto suggest that a similar process may be responsible for the entire 1925/3 shilling production. Jon also has an excellent description of how the 1922/1 over date threepence die may have been produced which you can read here. 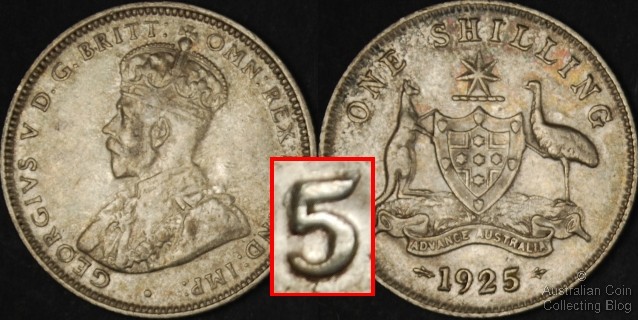 Above you can see a 1925/3 overdate shilling. The overdate on these can be a little difficult to spot but if you look closely at the expanded 5 of the date you can see the end of the top loop of the 3 protruding from the top left of the 5.