Home › Collecting Coins › What is an Australian 1927 Parliament House Florin Coin Worth?

What is an Australian 1927 Parliament House Florin Coin Worth? 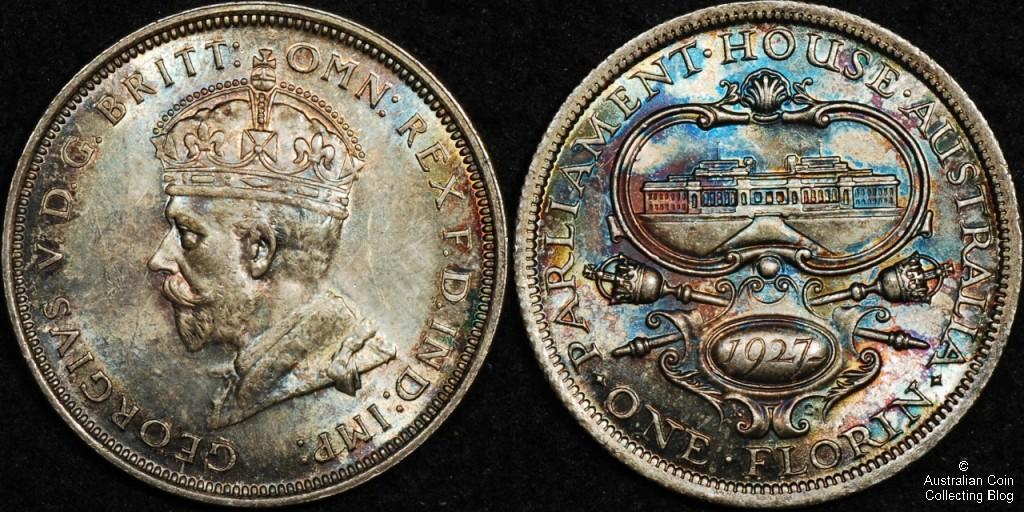 On Facebook page we recently posted up an image of an Australian 1927 florin with a picture of the building that used to house Australia’s Parliament on the reverse (or tails) side of the coin. Over the next few hours several people commented on the post asking us “hey, what’s that worth?”. So, in response, here’s an entry explaining what an Aussie 1927 Parliament florin coin is worth.

There were 2,000,000 of these florins minted, which in today’s terms isn’t a lot. However, it was Australia’s first commemorative coin (celebrating the opening of Parliament House in Canberra) and because of that it was hoarded by the Australian public. That means that uncirculated Parliament two bob coins (coins that look the same as the day they were minted) are not that hard to find. So, we hear you thinking right now, that’s all very interesting but what are they worth? The answer (as of time of writing in June 2015) is that a Parliament two shilling coin is worth anywhere from ten dollars to several thousand dollars depending on the condition of the coin.

What is a Circulated Parliament Florin Worth?

The first thing to realise is that these coins are made from 11.3 grams of 92.5% pure silver (or sterling silver) and because of that a heavily worn or circulated parliament florin is is still worth the silver it contains. By circulated, we mean the coin was used by the Australian public to actually buy things and it spent time in people’s pockets or purses banging against other coins. Through the magic of our Aussie silver coin calculators we can tell you that the current value of the silver in a 1927 Parliament florin is AUD $9.66. This value is continually updated and accurate and if you add $5 or $10 onto this and that’s what your worn or circulated Parliament florin is worth.

What if your florin is better than the run of the mill circulated coin and has some remaining mint lustre, perhaps a bit like the one in the image above? The coin above is a better grade, we’d grade it as Extremely Fine or EF. And it’s value is something between $40 and $50. Collectors are willing to pay more for better grade coins so you can expect your higher grade Parliament florin to be worth more.

What is an Uncirculated Parliament Florin Worth? 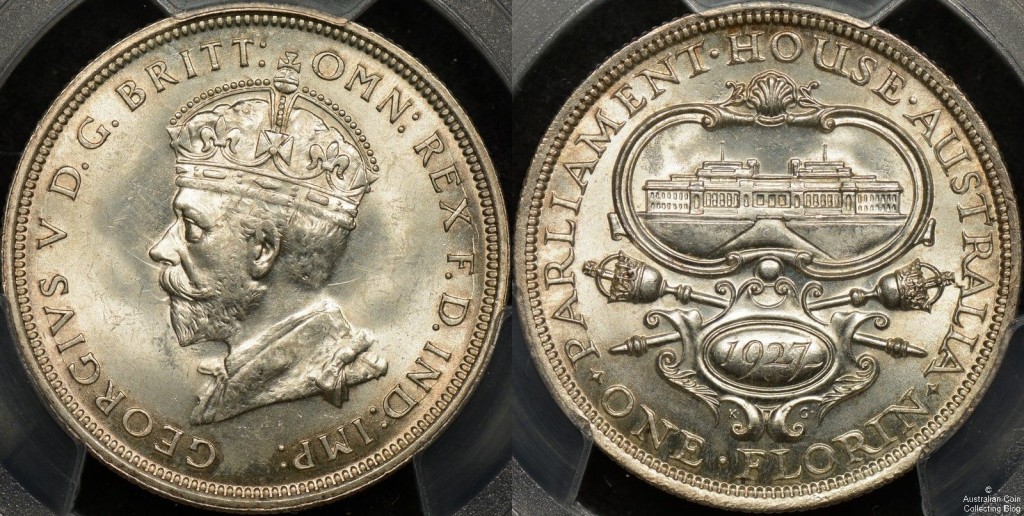 If you were lucky enough to have a coin that graded as MS65 by PCGS then it would be worth $350 to $500. Get a coin in a PCGS MS66 holder and you’d be looking at $2,000 or more. Note that these values for third party graded coins only really apply to PCGS and NGC graded coins. The values of Parliament florins graded by second tier grading companies (like APCGS or ANACS or PCI) are not as high as these values.

The 2015 edition of Pocket Guide to Australian Coin and Banknotes values the Parliament florin from $5 to $50 for coins graded Very Good to Extremely Fine. Almost uncirculated coins are valued a $100, uncirculated at $175, choice unc at $375 and gem at $575. The author of the catalogue notes that those values are RETAIL values and that you’re extremely unlikely to get them when you’re trying to sell your own coins. These prices have dropped considerably since the 2014 edition of the catalogue, with GEM value dropping by 50%. We still think the prices are a bit high but they are reasonable. Just a note that the VG price is actually UNDER the silver bullion value of the coin and we wouldn’t advocate selling them for $5, but we certainly do advocate buying them for that much!

Values contained in this article were current at time of writing (June 2015) and were updated in December 2015, and are provided as estimates only. The exact value of any coin is only known when you actually sell it.