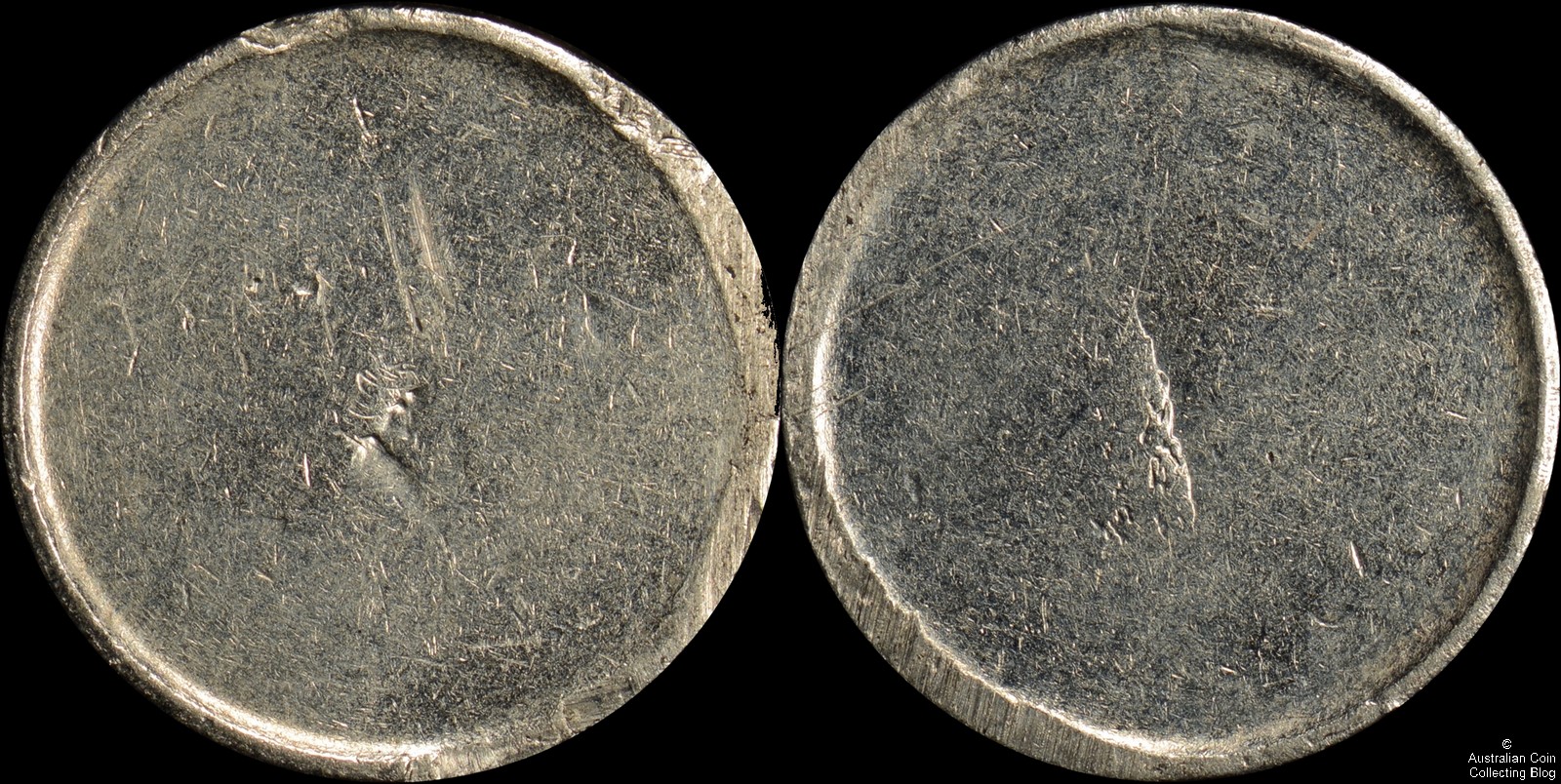 Do you see what I see? The eagle eyed collector will see parts of the design of the two dollar coin struck on, what, a five cent planchet? That’s correct, this coin is a $2 coin, it’s been through the $2 minting press but it’s a planchet intended for a 5 cent piece, made of cupro-nickel. The extreme weakness of strike is in fact a result of the 5 cent planchet being so small in the press striking $2 coins.

It’s probable that a stray blank just ended up in the wrong barrel of blanks when the Royal Australian Mint was striking $2 somewhere between 1999 and 2015. The coin shows the Ian Rank-Broadley portrait of the Queen used from 1999 and this coin was found in 2015.

If you’re not seeing it yet watch the GIF’s below and it becomes much clearer and we can see how such a coin could easily be sold as a blank planchet. Do you have a blank coin in your collection that has been struck? If it has the value of that coin might just have increased by 1,000%!