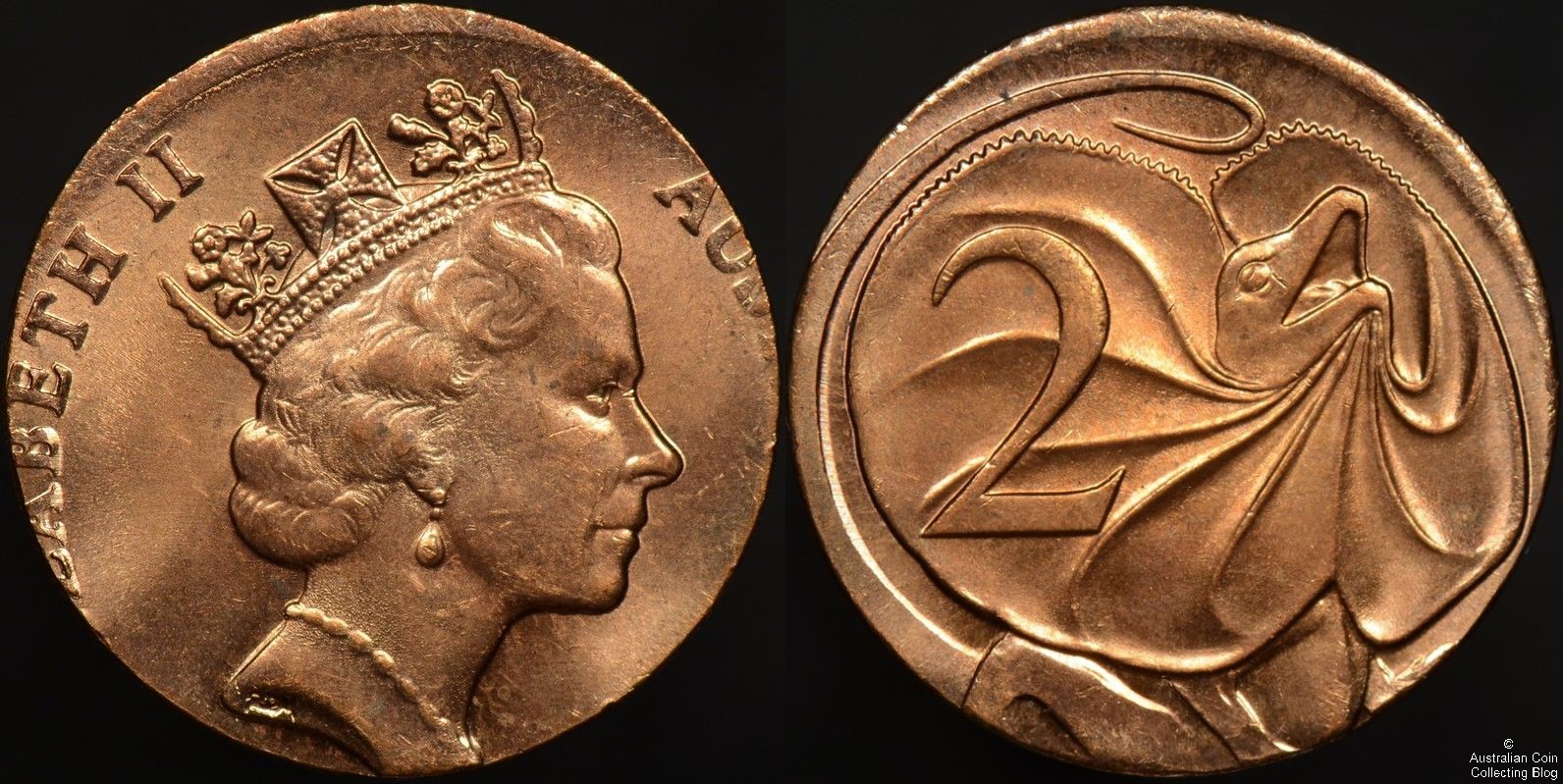 Scarce and usually spectacular is the wrong planchet error coin. These are one of the simplest error coin types to explain. Basically these are coins struck on planchets other than the type they were intended to be struck on. Perhaps it’s a planchet intended for another denomination, or another country’s coin altogether or even a token or something that’s not a coin at all. This would usually happen if the supply of coin blanks has been contaminated somehow. A wrong planchet error coin could be missing details (if it was struck on a smaller planchet), will be weakly struck (if it was struck on a thinner or harder planchet than intended), or perhaps show a large area that is not struck at all (if struck on a larger than intended planchet).

The coin above is an Australian 2 cent struck on an Australian 1 cent planchet. The 1 cent planchet is much smaller than the 2 cent so this coin is missing a lot of detail. This type of wrong planchet error is one of the more common, with the coin being struck on a smaller planchet belonging to the same currency but a different denomination. These types of error coins have been found in mint rolls in high grade as was the coin in the image. 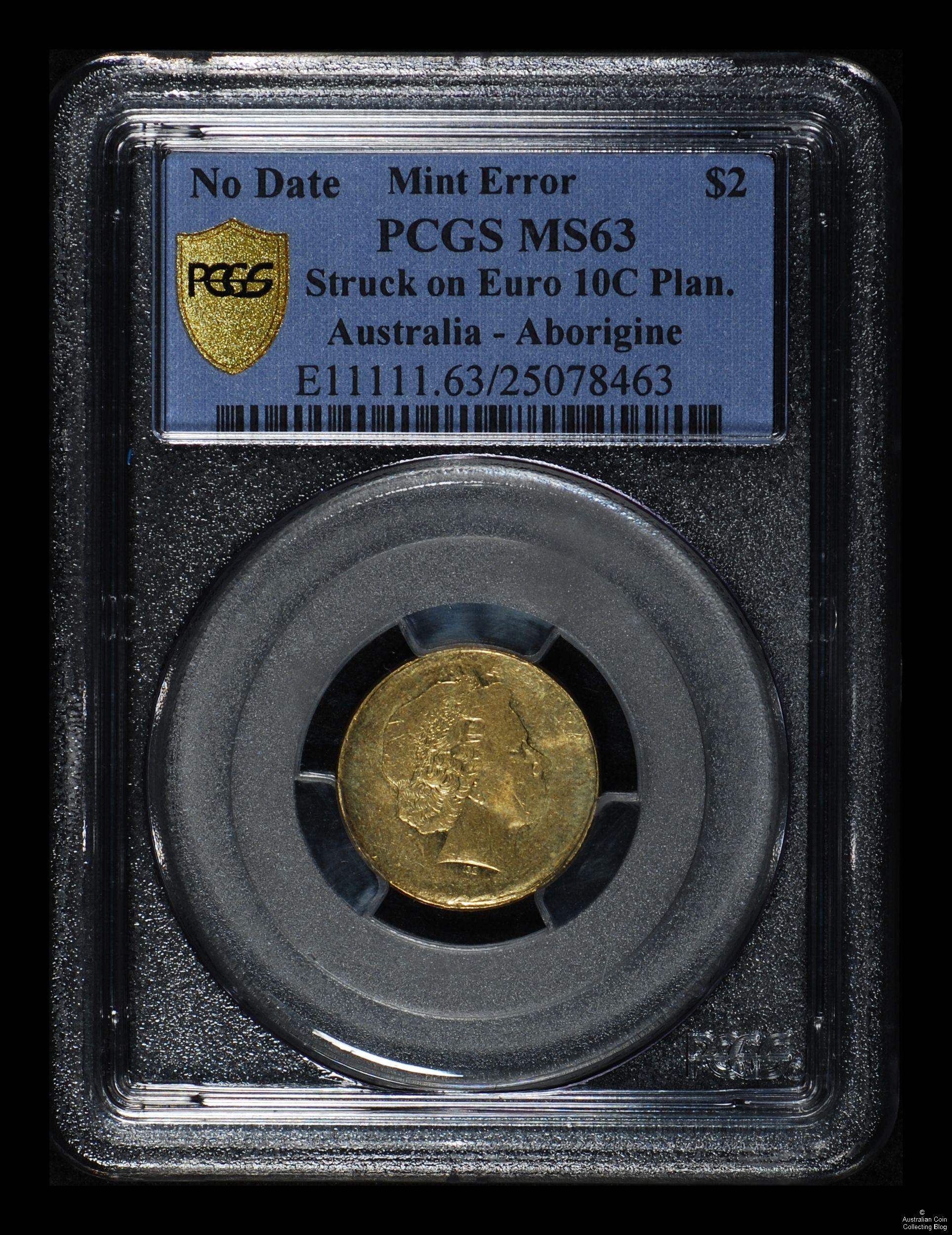 The above coin is a much rarer type of wrong planchet error. In this case the coin has been struck on a planchet of a coin of an entirely different country and currency! In this case it is an Australian $2 struck on a 10 Euro Cent planchet. In this case the planchet was much thinner than the intended blank and the strike is very weak. The weight is consistent with that of the Euro 10 cent at 4.1 grams and a XRF analysis determined it to be of a different composition to the $2 it is struck on a nordic gold planchet (the same as a 10 Eurocent). In times gone by these sort of wrong planchet errors were very rare indeed, but mints around the world tend to source their coin blanks from third party companies in different countries. These third party companies may have contracts to supply blanks to many different countries and thus contamination can occur. One can only imagine that in earlier times, some of the more bizarre wrong planchet errors (such as US Kennedy half dollars struck on dime planchets) were deliberate ‘errors’ struck by mint staff.

Whilst decimal error coins are popular, pre-decimal wrong planchet errors in high grade are not commonly seen. In 1944 the San Francisco Mint was striking silver coins for Australia and it appears that a shilling planchet jumped into the hopper desperately wanting to be a florin. This example pictured below is choice uncirculated and graded by PCGS as MS63 and was likely found in a mint roll.