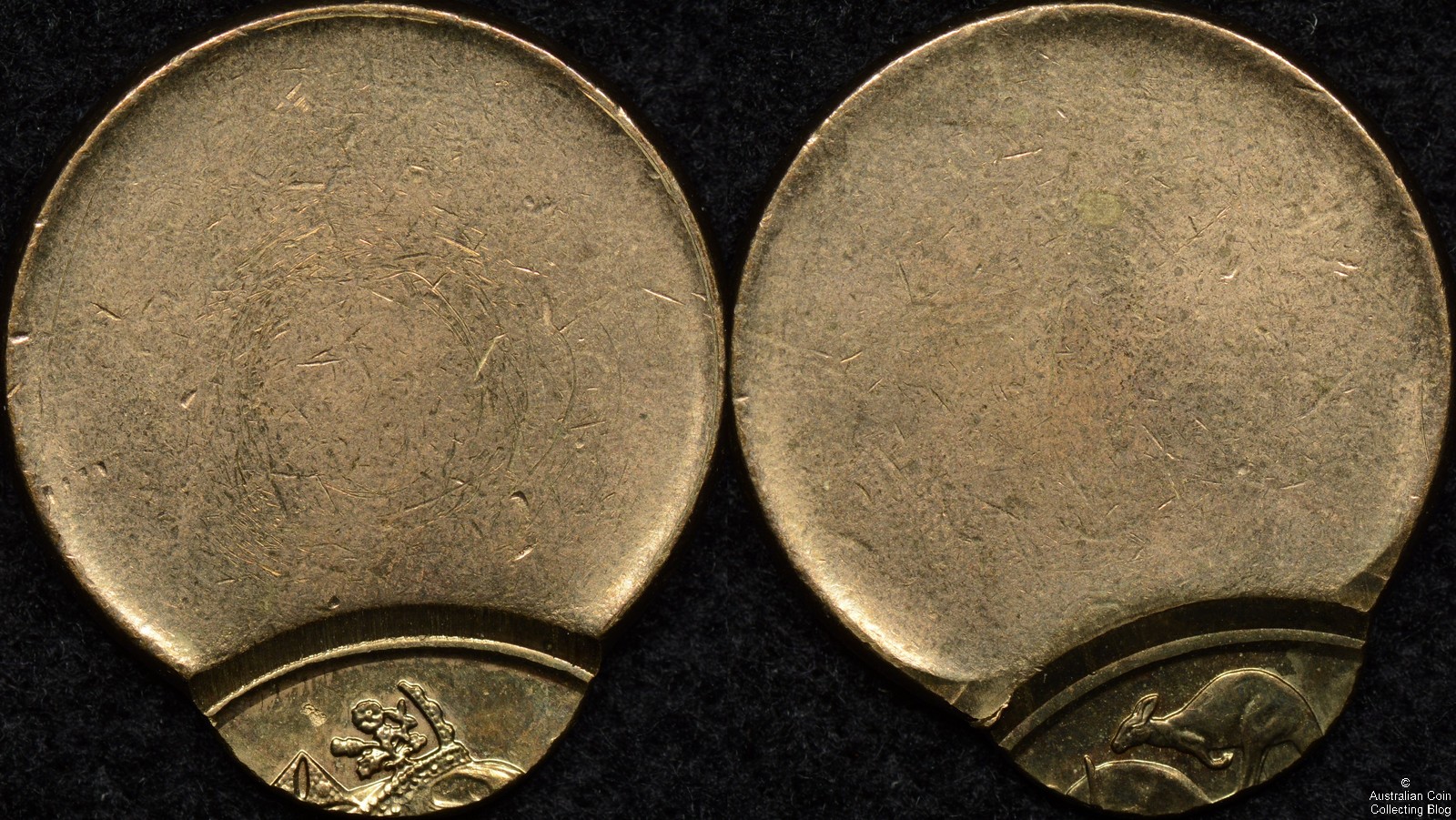 Let’s begin with two of the most spectacular coin errors and one of the most off centre error coin types that you’ll find. Any further off centre and you’d just have a blank planchet!! These two coins above and below are different coins, there are minor differences that can be picked between them. They are however so very similar they even show die markers indicating they were struck very close to one another. 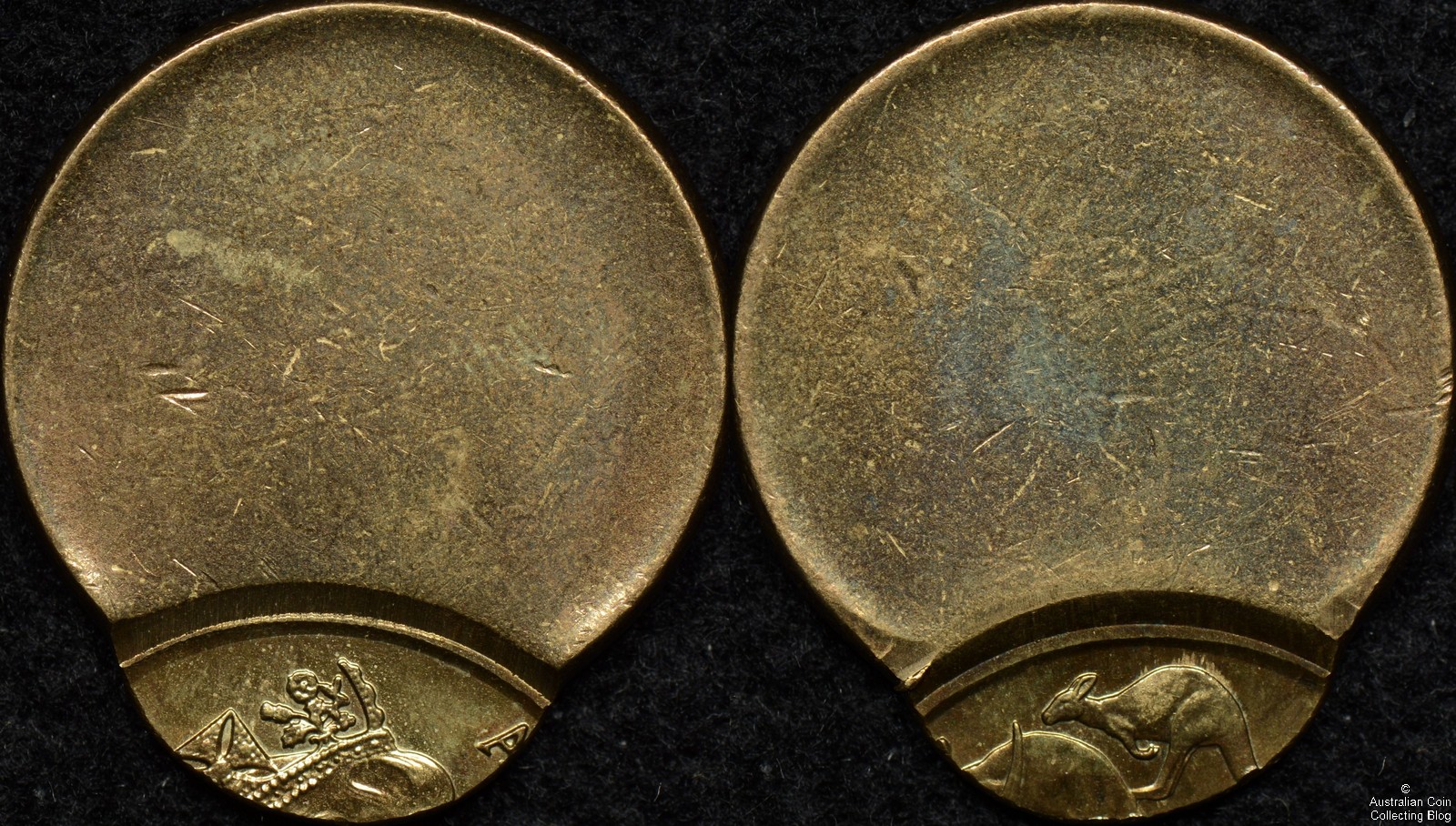 Off center errors are usually described as the degree that they are off centre as a percentage, the coins above over 90%. The higher that percentage, usually the more valuable the coin error is. The 2005 mob of roos dollar below also an off centre strike at just 10% but still very collectable. A coin is an off centre strike if it is missing any part of the design and this coin is missing a little. If this coin had all the design present it would be a broadstrike. 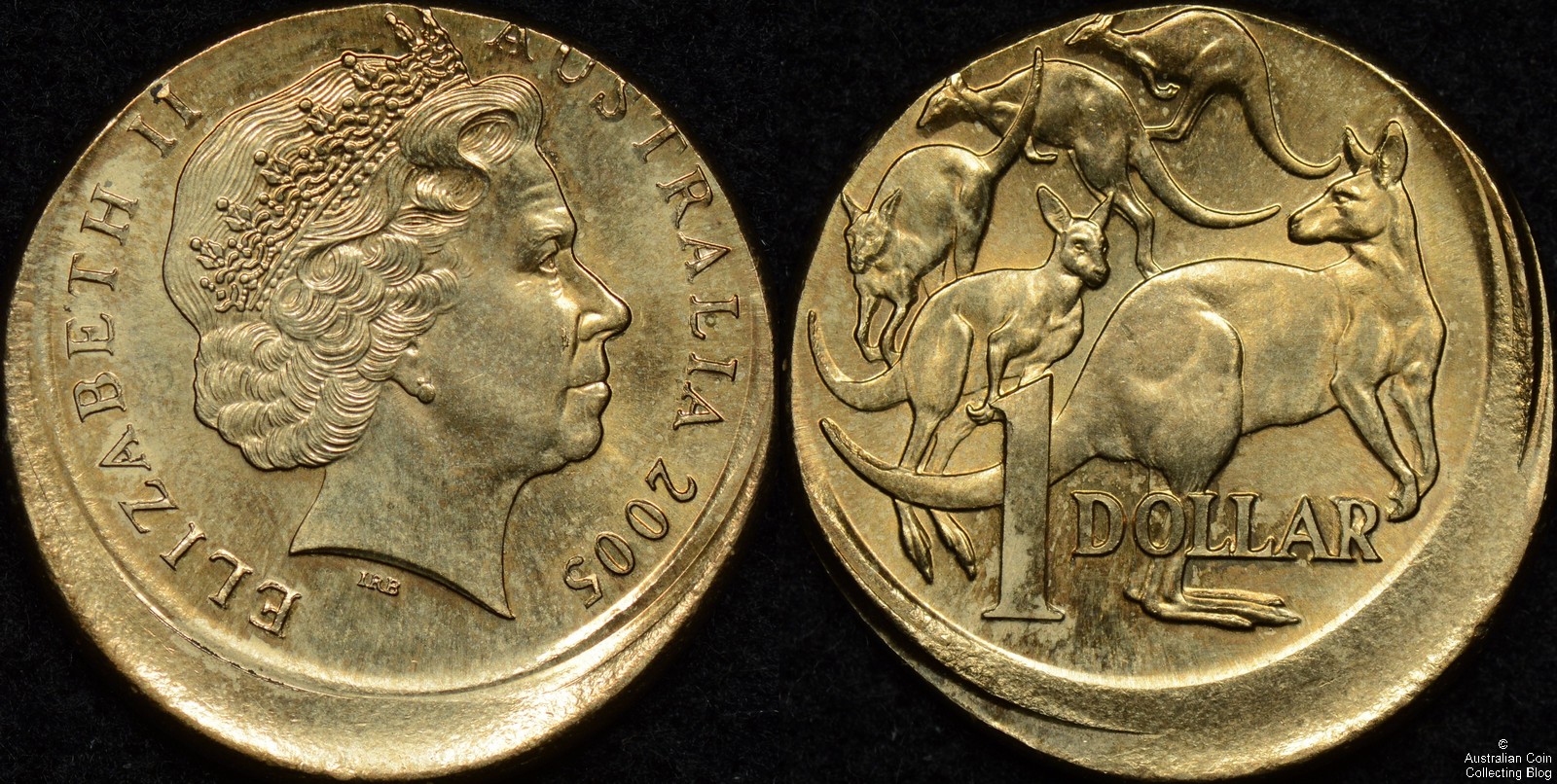 A coin not missing any of the actual design might be either a broadstrike (which is out of collar), a ramstrike (in collar) or a partial collar strike (partially in the coin collar -straight or tilted). These will occur if there has been a problem with the coin blank and its location in the press when the coin was struck.

2005 Dancing Man Dollar Partial Collar -not classed as an off-centre error as there is no element of the design missing.