Home › Coin News › Legends of the ANZAC: Medals of Honour Colection to Hit the Newsstands Soon

Legends of the ANZAC: Medals of Honour Colection to Hit the Newsstands Soon 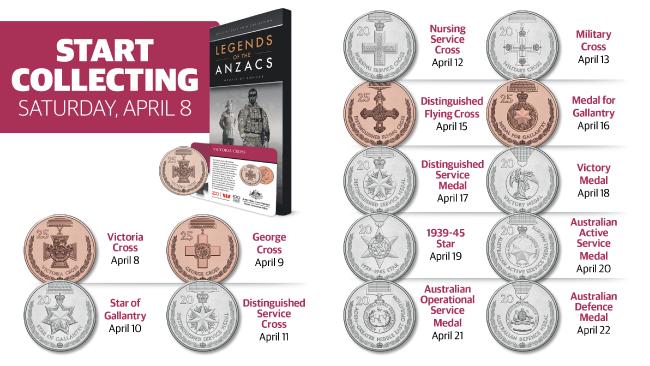 Beginning April 8th and being sold via newspaper outlets for 2 weeks is another series of collector coins. In partnership with the Royal Australian Mint, News Corp Australia, Legacy and Westpac four 25 cent coins will be made in copper-plated steel and a further ten 20c pieces will be issued in cupro-nickel the same as our standard 20 cent coin. Each of the 14 coins feature a war service medal.