Eighty five years ago today the Sydney Harbour Bridge was opened with much fanfare. Declared a public holiday, March 19th 1932 was a rush of celebrations, the bridge opened with the cutting of a ribbon. The ornate scissors used were designed by Vambola Veinberg who went on to later become the Royal Australian Mint’s first Chief Engraver.

The celebrations continued becoming a week long event with commemorative medals, medalettes, medallions, pins, badges and ephemera produced. Above you can see a silver medal (that is edge inscribed) awarded for Basketball to an amateur girls sports team called the Kookaburras during the celebrations.

Below is a steel medal made from a slice of surplus bridge rivet, a very rare and unusual medal.

Finally, a medal with a suspension loop that once contained a pin for crowds gathered at the opening event. This would have been attached to the lapel and worn during the celebrations on March 19th 1932. 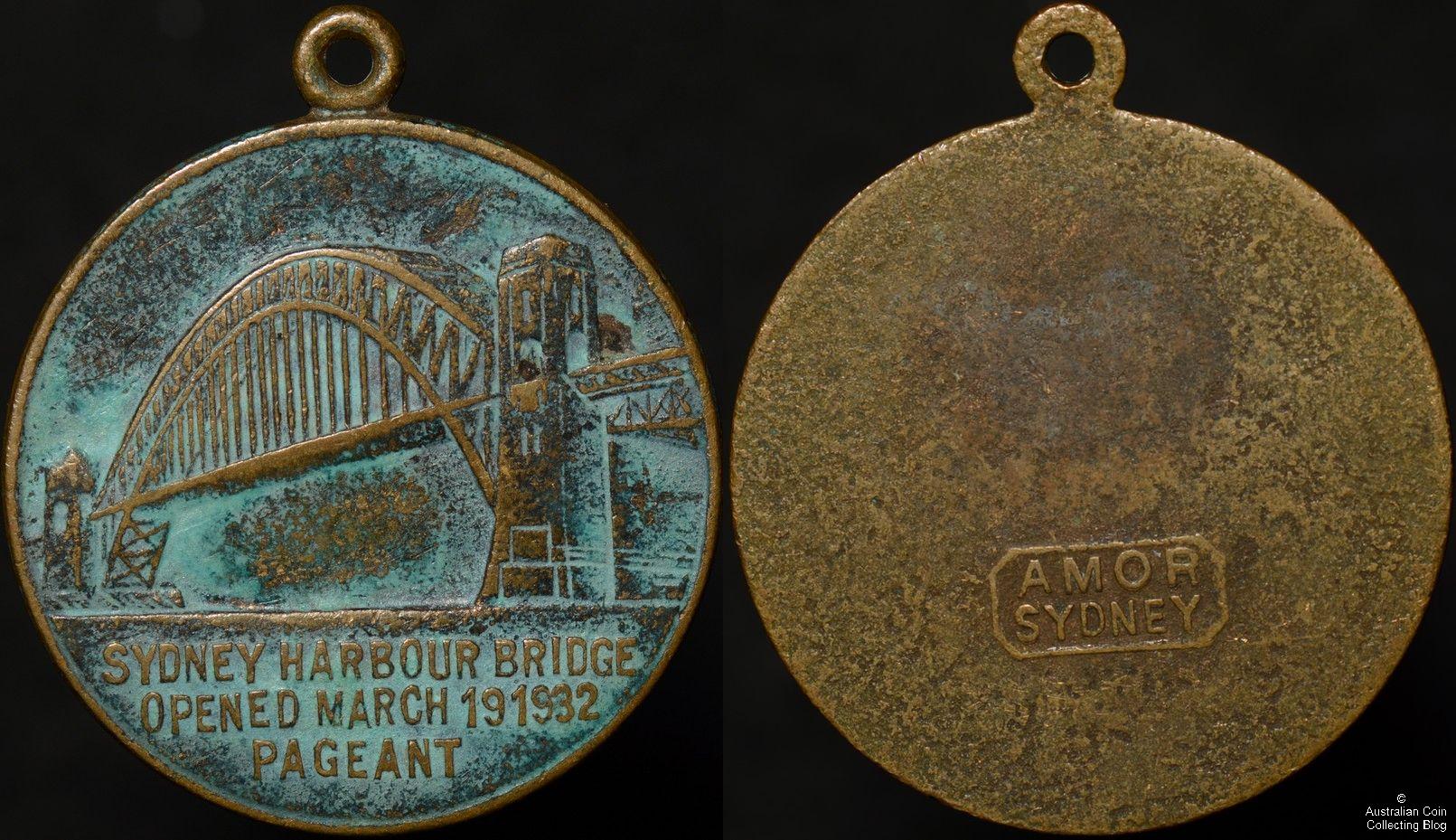