The Trans-Australia tour rolled into Adelaide today and setup in Rundle Mall this morning. Nestled amongst our own bronze pigs in the city mall the Royal Australian Mint stood out with passers by very interested on what the queue was for. Some left puzzled at our desire to obtain new coins for face value. Others jumped in the queue to join the fun. New shiny coins -WOW! The line-up was certainly not for the latest iPhone.

The Mint is open in the Mall today from 9am-4pm with limits on face value coin purchases changing throughout the day. New coins included the 2017 coloured $2 mosaic Lest We Forget coin, the 2017 dated 100 Years of ANZAC dollar, 50c Pride and Passion Mabo 50c and 2016 Decimal Changeover 5 cent bags. As well as the face value coinage tent visitors could purchase an Australia counterstamp Trans-Australian Railway dollar (for $10) with the mobile press in attendance (not doing a roaring trade I’m afraid). It was the circulating coins that were more eagerly sought. Other RAM product such as the Ford coins and Possum Magic sets were also available.

All in all it was great to see the Mint make an effort and come to town. It was also great to see the president of the Numismatic Society of South Australia handing out flyers for the upcoming coin show in Adelaide November 18-19. Coin collecting in Adelaide is the thing to do! 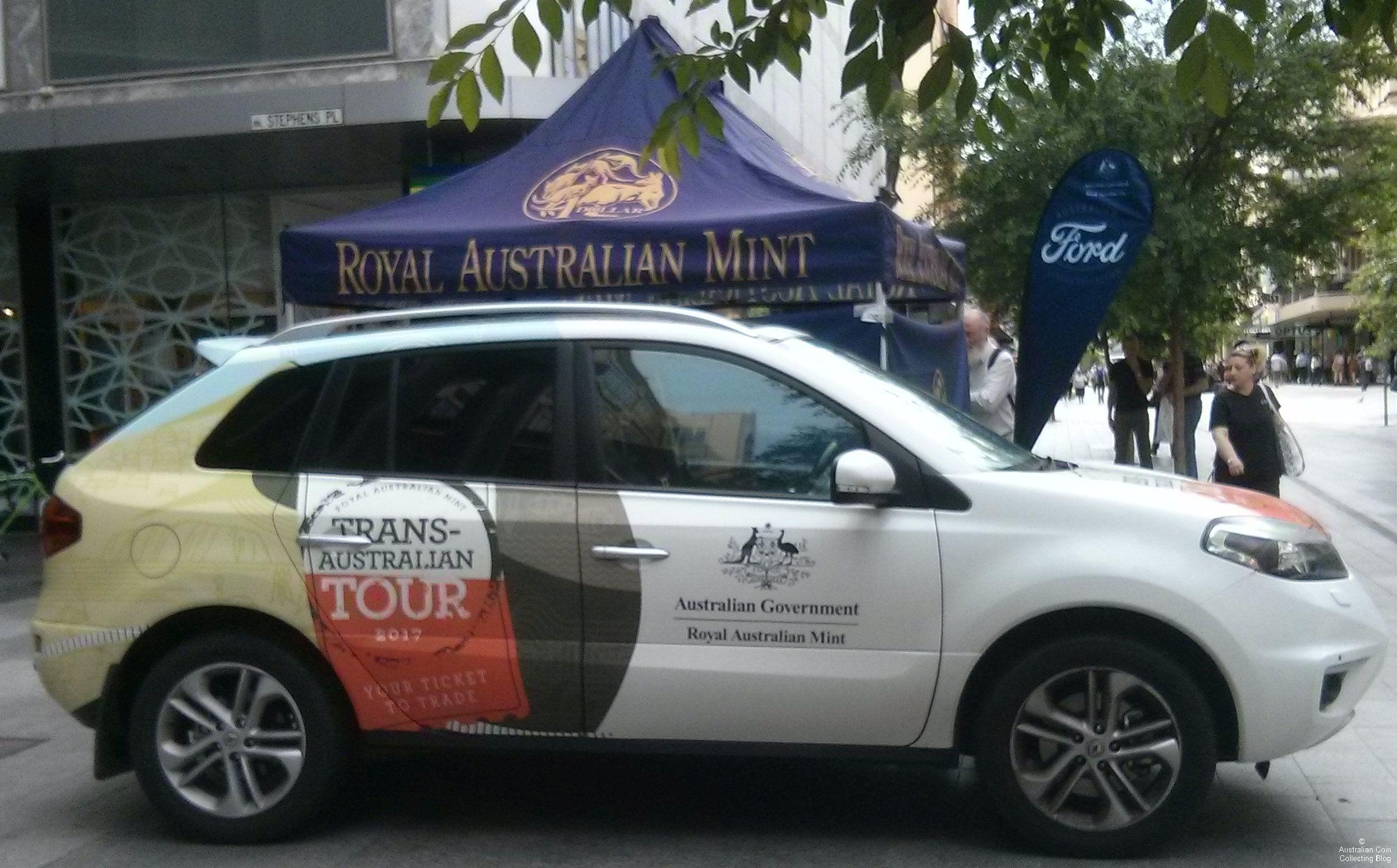