The alphabet series of dollar coins from the Royal Australian Mint comprise of 26 different one dollar coins each with an individual letter A-Z. They were available individually, as a set, or have your chosen letter included in the baby proof set for 2015, 2016 and 2017. The alphabet is the theme for the Baby Mint and Proof sets from 2015 after previously seeing themes of Dot and the Kangaroo and the Magic Pudding.

These A-Z coins are available in colour printed frosted uncirculated finish struck in aluminium bronze as seen above or frosted uncirculated silver (the silver coins slightly different). A novel idea along the lines of Animalia has you looking twice at each coin to see what’s depicted. The I for Ibis shows an incredible, interesting and impressive Ibis, an igloo and iron on islands and icecream -see what you can see in the other 25 individual coins! This certainly kept me occupied for a while! The Mint does suggest you unleash your inner detective to find the cleverly hidden objects.

Initially I didn’t have a fondness for these dollar coins and as a dollar collector I still don’t. But for all the Nanna’s out there buying a G present for new baby Grace, or spelling out niece Amy with the coins A, M and Y then this release is proving to be a huge success. Designer Bronwyn King should be happy with her work on each and every coin design!

Struck in aluminium bronze these 26 coins weigh 9 grams and are 25 millimetres in diameter, just the same as the circulation dollar coins. They have the same coloured frosted uncirculated finish as the Bright Bugs, Polar, Animals of the Zoo, Air and Land series dollar coins. The Mint was certainly well prepared in striking partial colour animal designs onto coins. The silver coins weigh in at a slightly more 11.66 grams and are slightly different in their design. The letter is the coloured part of the design and the coloured element on the aluminium bronze coin is missing.

Each coin has the denomination and year of issue on the obverse and depict the Ian Rank-Broadley portrait of Queen Elizabeth II.

What’s your favourite? Mine is the Emu. 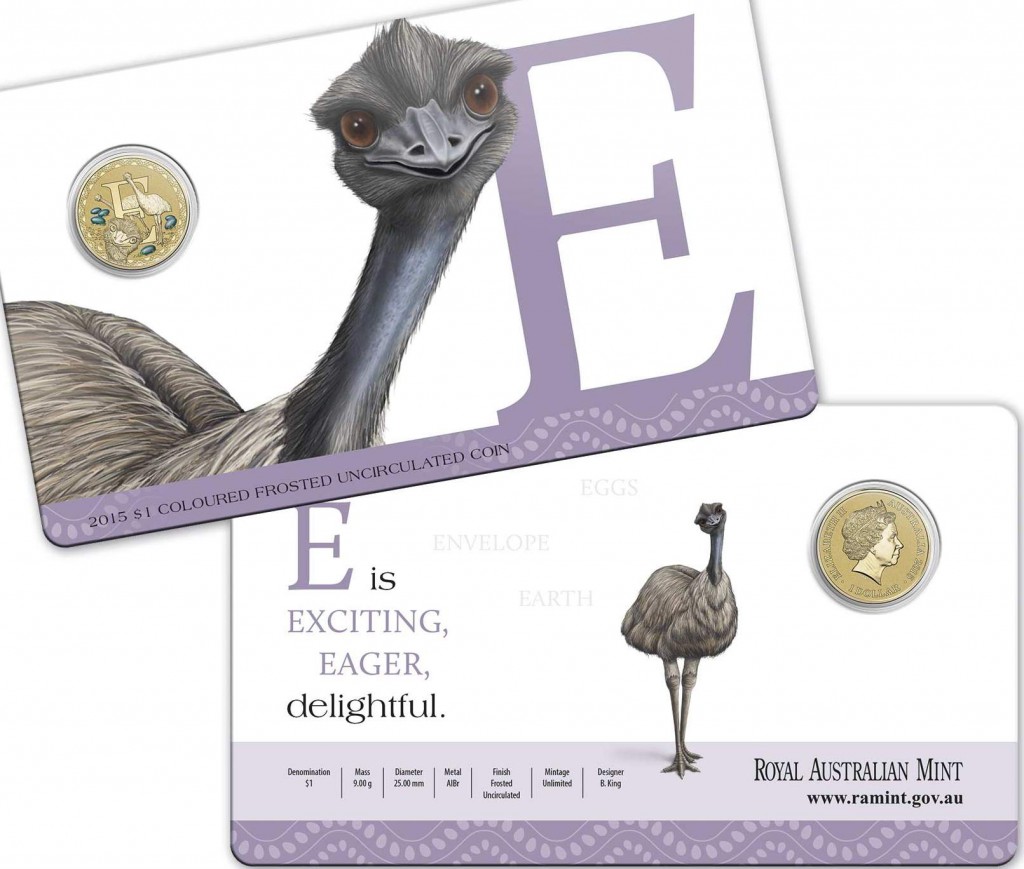