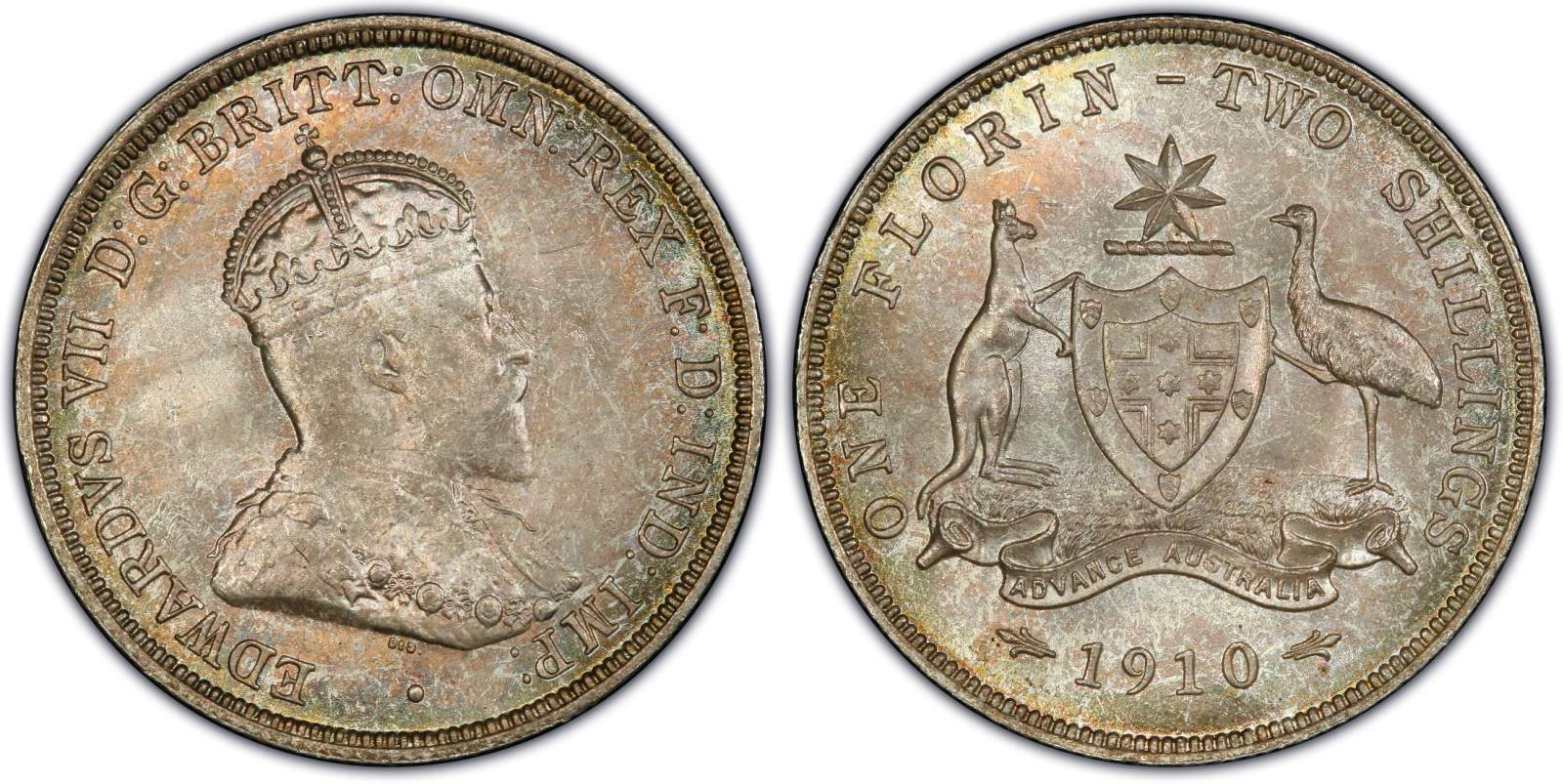 The Australian Edward VII Florin was a one year issue minted at the Royal Mint, London and does not include any mint marks. The first florin shipment actually arrived in Australia after the death of the monarch. Interestingly the designer of the obverse, George Saules had died in 1904, 6 years before the introduction of coinage to Australia.

There are no known varieties of the 1910 Australian Florin. It is a difficult coin to find in uncirculated condition, with choice and gem coins even harder to find and if it can be afforded in these higher grades it should be purchased as such. The obverse displays 167 rim beads while the reverse displays 160 denticles.