Round 50c Piece Value, Value of Round 50 Cent Coin 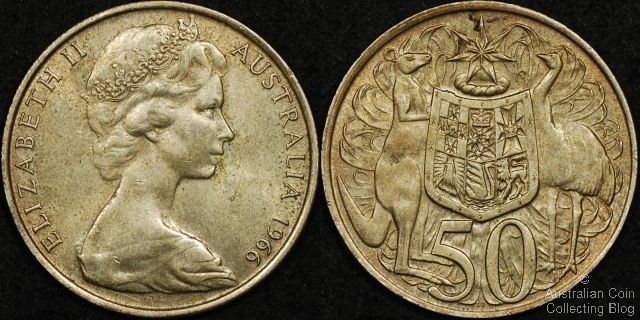 The legendary round 50 cent piece holds a special place in the hearts of many Australians. Those of us who are old enough to remember the decimal changeover remember the round 50 cent coin as an oddity that was hoarded by thousands of Australians. This was because in 1966 when the coin was issued the nearly 1/3 of an ounce of silver it contained was almost immediately worth more than the face value of the coin itself. Because of it’s place in Australian folklore most people believe that the round 50c piece is a truly valuable coin. Sadly, because so many of these coins were minted (more than 36 million) they coin is neither scarce or particularly valuable In fact the 1966 50 cent coin value is generally only the value of the silver it contains. 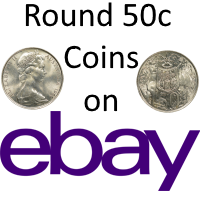 Because of this, the round 50c bearing the Arnold Machin portrait of Queen Elizabeth II and the Stuart Devlin Coat of Arms reverse is only really traded as silver bullion. Some coins in exceptional grades may sell as numismatic coins but even these are only worth 2-3x the silver the coins contain. Bags of 100’s of the coins regularly change hands purely for the intrinsic value of the silver they contain. Sometimes, no doubt, the coins reach the melting pot and are rendered down for the 80% silver each 13.28g coin contains.

With some internet trickery we can tell you that the silver value of a round 50 cent coin is currently AUD $10.62. This value is updated every hour or so using the current silver price and exchange rates from Kitco. If you want to know the value of a hoard of round 50c coins then please take a look at the Australian Silver Bullion Coin Calculator. This will tell you the bullion value of any number of 1966 50c coins plus the silver value of many other Australian Silver Coins.