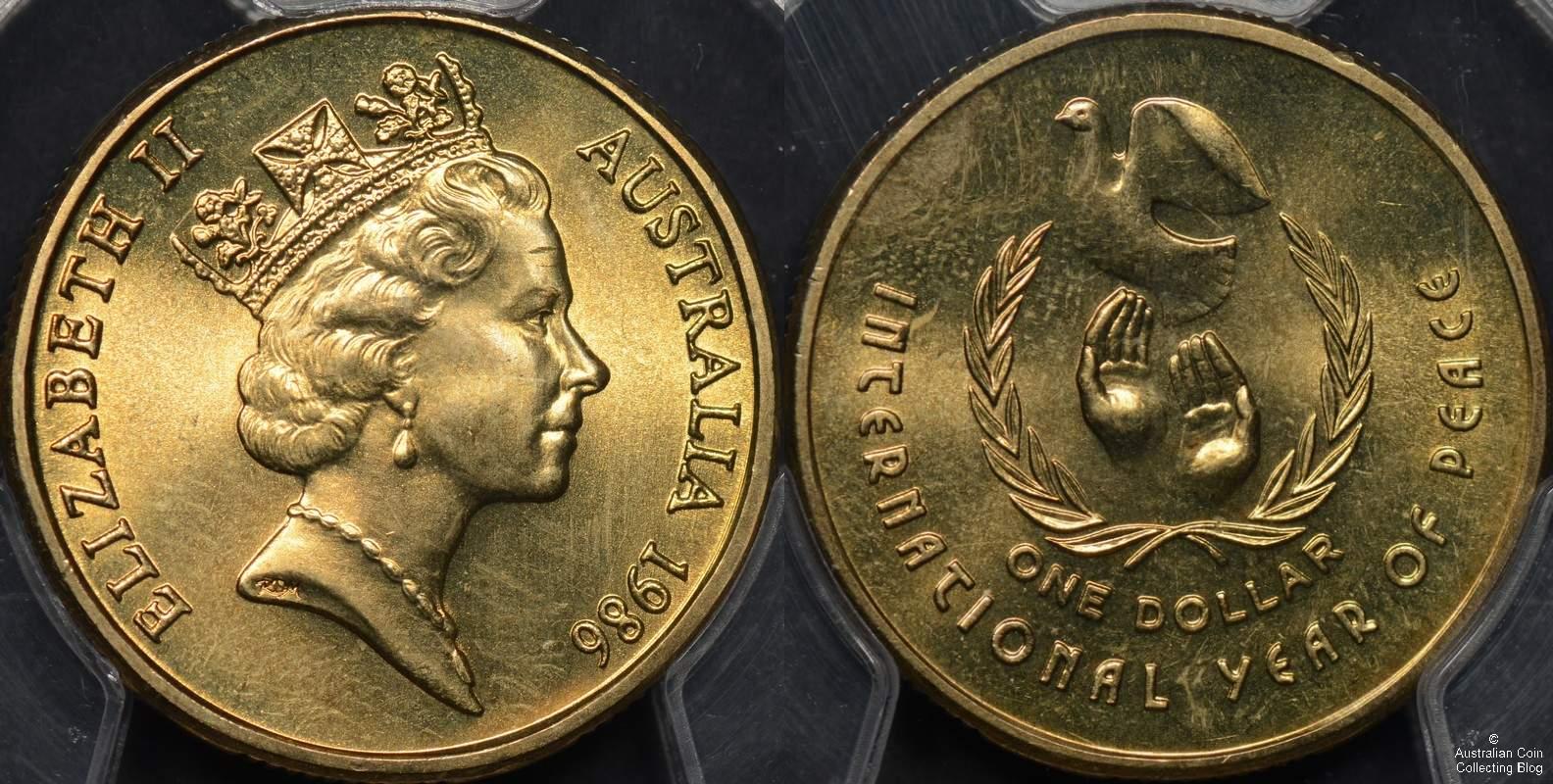 1986 was the first year Australia had a one dollar coin commemorative issue. We had previously only seen the standard Mob of Roos design. For this first dollar commemorative we saw the reverse design modeled by Horst Hahne with the obverse effigy modeled by Raphael Maklouf. It is the standard 25mm diameter circulating aluminium bronze Australian dollar coin weighing 9 grams. Aluminium bronze is composed of 92% Copper, 6% Aluminium and 2% Nickel. 25,100,000 of the 1986 dollar coins were released into circulation. 16,702 coins were later re-struck and housed in a five coin uncirculated set “The Australian One Dollar Five Coin Set”. A sterling silver version of this coin can be found in the 1990 Masterpieces in Silver set.

1986 was proclaimed the International Year of Peace by the United Nations and this was celebrated in Australia with a circulating one dollar design featuring a peace dove, hands and a wreath. These iconic peace symbols incorporated into the design by Horst Hahne put forward the values of the United Nations to continue peace efforts wordwide as not only an achievement but a continuing goal. A goal also for ourselves as a nation within the UN.

“the United Nations proclaims that the peoples of the United Nations are determined to save succeeding generations from the scourge of war and for this end to practise tolerance and live together in peace with one another as good neighbours, and to unite their strength to maintain international peace and security”

These values are updated hourly using New York market prices. Coin values are purely the value of the gold or silver they contain and do not account for any numismatic value.
Prices Last Updated: 14:04 09 Aug 2022