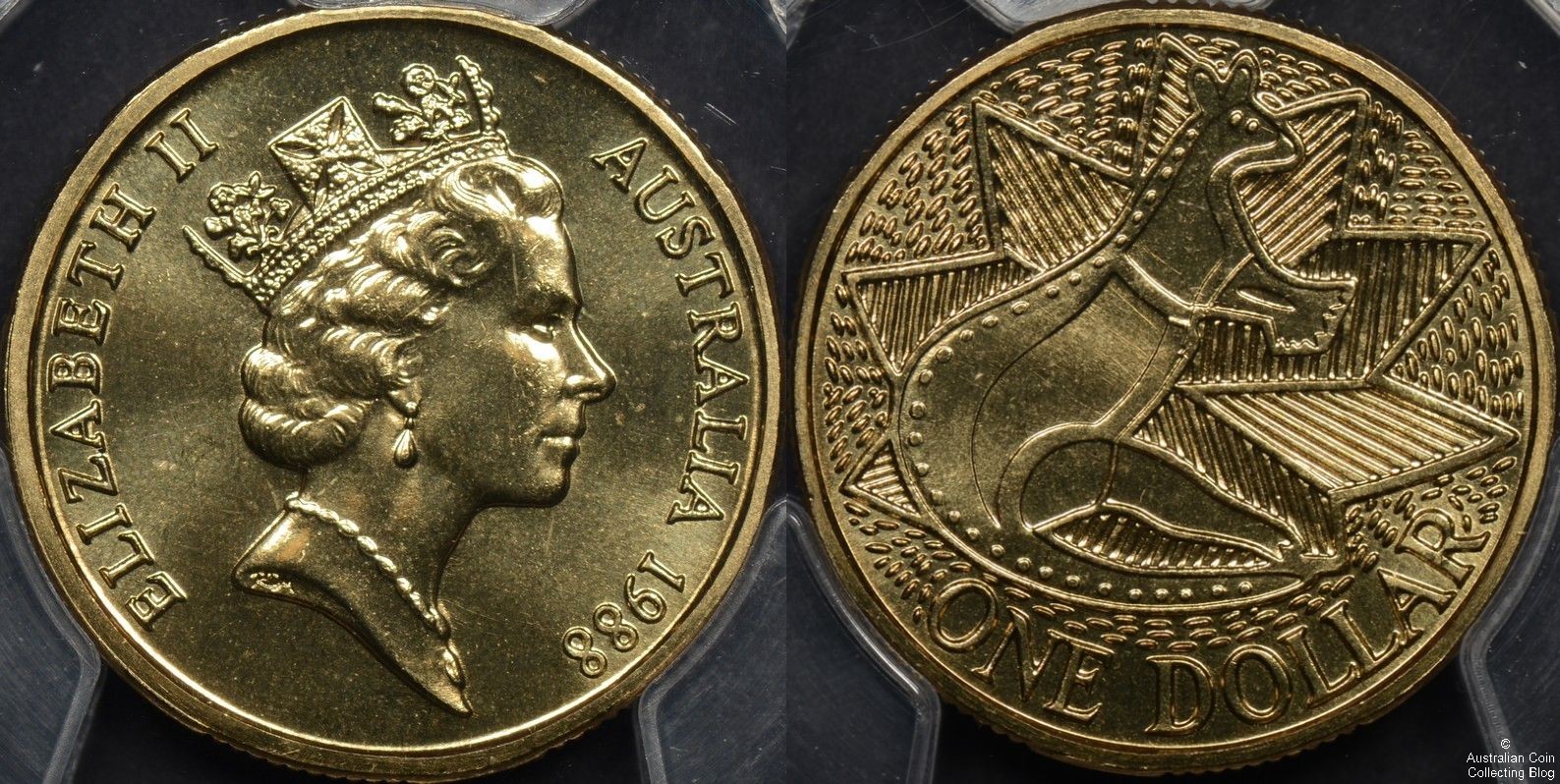 1988 brought many celebrations and issues marking 200 years since the First Fleet landed in Port Jackson, Sydney. These ships brought the first immigrants to start the new colony of New South Wales. The First Fleet consisted of 11 ships bringing approximately 1487 people from Great Britain to establish Australia’s first European colony. On the 26th January 1788 Fleet leader Captain Arthur Phillip planted the British flag on Australian shore and claimed the land for the British Empire. This day continues to be celebrated as a national holiday Australia Day.

This one dollar issue that entered circulation reminds us of the original Aboriginal inhabitants of our nation. The reverse depicts aboriginal artwork- a stylised kangaroo on a backdrop of a seven pointed (federation) star modeled by designer Stuart Devlin. When we receive one of these in our change, we are reminded of the native Koori people that were displaced by European settlement. This standard 25mm, 9 gram, aluminium bronze dollar features the obverse effigy of Queen Elizabeth II by Raphael Maklouf . 20,400,000 of these coins entered circulation. 3,500 coins were also struck in aluminium bronze proof. This dollar was also restruck later for inclusion in the 5 coin uncirculated set 1988-1992. A sterling silver proof version was also included in the masterpieces in silver set issued in 1990.

These values are updated hourly using New York market prices. Coin values are purely the value of the gold or silver they contain and do not account for any numismatic value.
Prices Last Updated: 14:04 09 Aug 2022