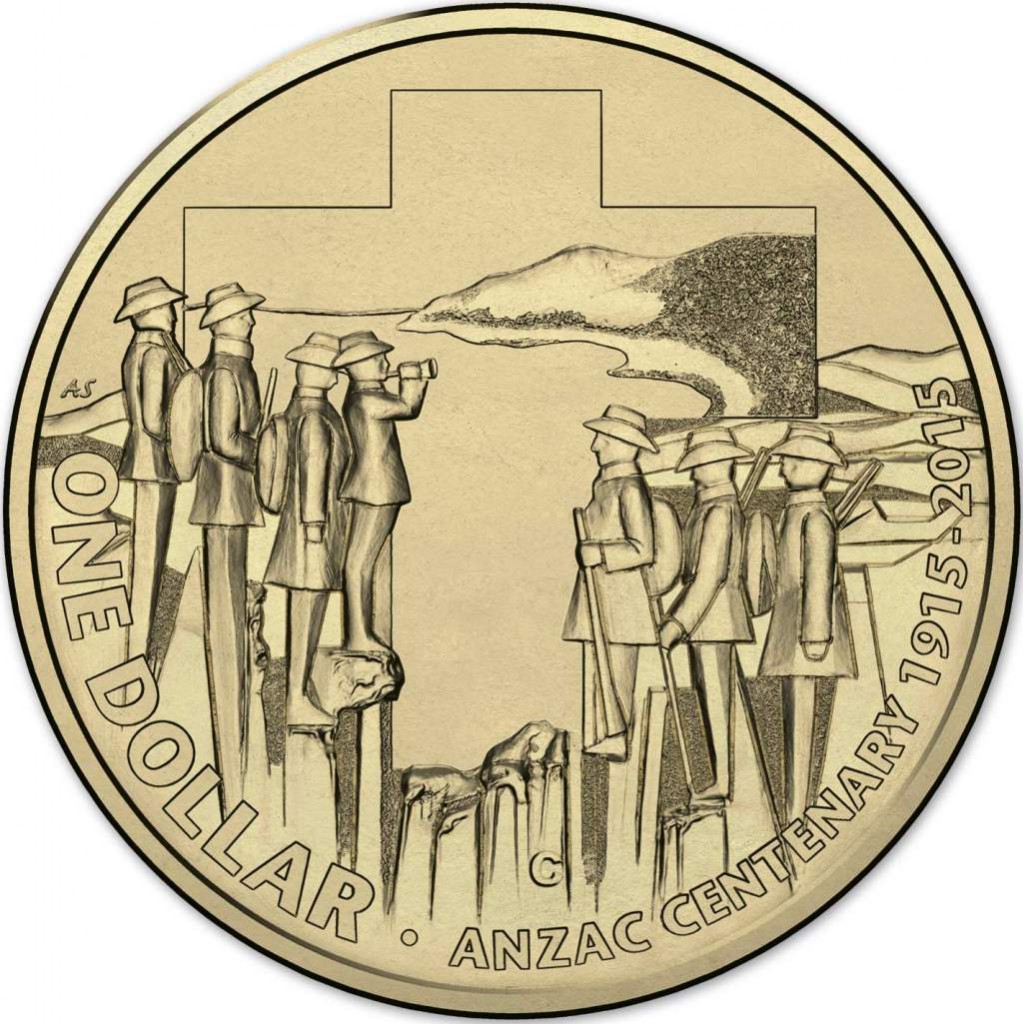 10 am this morning the Royal Australian Mint in Deakin, Canberra opened it’s doors unveiling a new 2015 1 dollar coin, commemorating 100 years Remember the Gallipoli Landings. The first coins are struck on the gallery presses inside the Mint and for the privilege of being the first, you’re going to have to camp out! A familiar face, young Harley Russo and his family had camped since Christmas Day to be first in line to strike the first coin at the Mint in 2015 as they have done for the past 3 consecutive years.

A random draw took place yesterday afternoon for the last coin for 2014 with Judith, a casual Mint customer and not a hardcore collector winning the draw and striking that last coin and receiving it presented in a frame with the RAM CEO Mr Ross MacDiarmid’s autograph.

The new coin is designed by the Mint’s own Aleksandra Stokic and is part of an extensive array of coins that have been and will be issued throughout the coming years 2014-2018 the ANZAC Centenary and is part of the Mints’ official coin program. It features soldiers perched on the cliffs of ANZAC Cove.