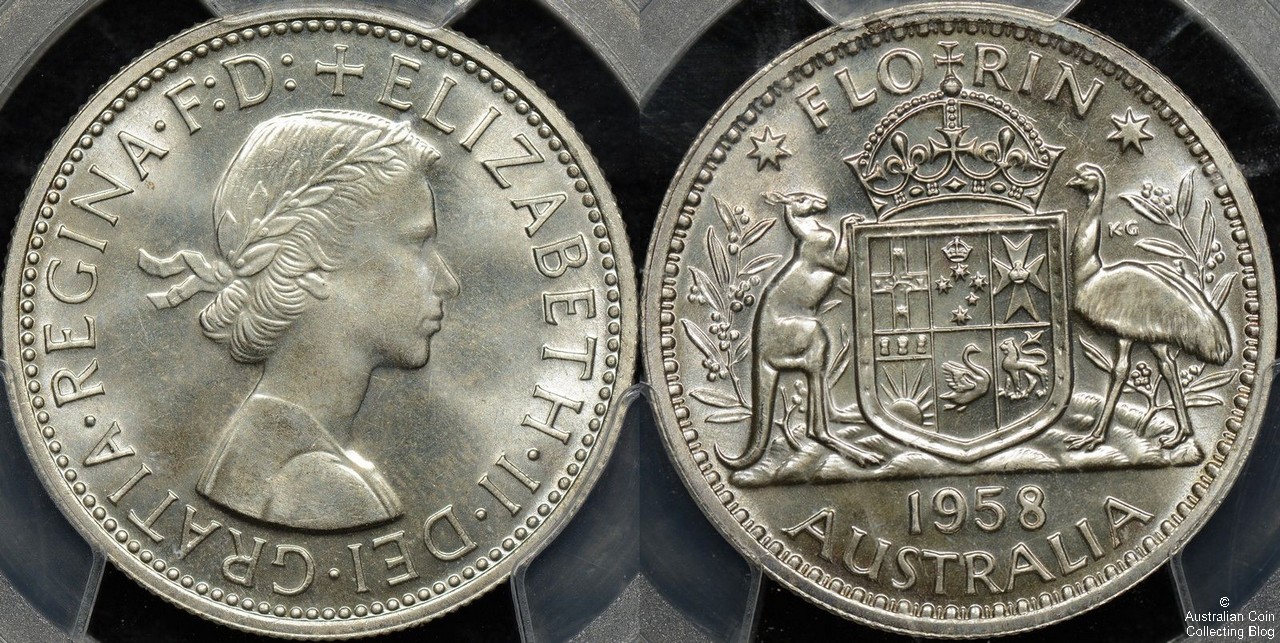 With George VI’s death, his eldest daughter, Elizabeth became Queen in 1953. The obverse portrait of Australian Elizabeth II Florins was designed by Mary Gillick and depicted the Queen facing to the right. The reverse design introduced in 1938 continued in use until the cessation of minting in 1963. The abbreviation for the Florin is 2s or -/2/-. All the Elizabeth II Florins were struck at the Melbourne mint. A commemorative florin, the 1954 Royal Visit Florin was issued in the reign of Queen Elizabeth II.

None of these issues are considered rare or scarce and can still be found in high grade easily and affordably. Coins grading Extra Fine or below should really be only considered for their silver bullion value. Proof Florins from 1956-1963 achieve comparatively low prices when compared to the earlier issues. The hardest coin to find in top grades in the QE2 series is the 1954 Coat of Arms, while the most expensive is the 1956. The circulation strike 1956 Florin can be tough to find in higher grades with 1956 being the year of the Melbourne Olympics and many of the coins being souvenired by tourists. Additionally, the city was prepared for a higher demand on their proofs as “tourist collectors items”. These proofs were specially struck and sold for premium prices.

Most years can also be found in proof-like state having been struck from chrome plated dies. Collectors looking for a great type coin shouldn’t need to look further than the 1963 florin, which can be found very affordably in GEM grades.