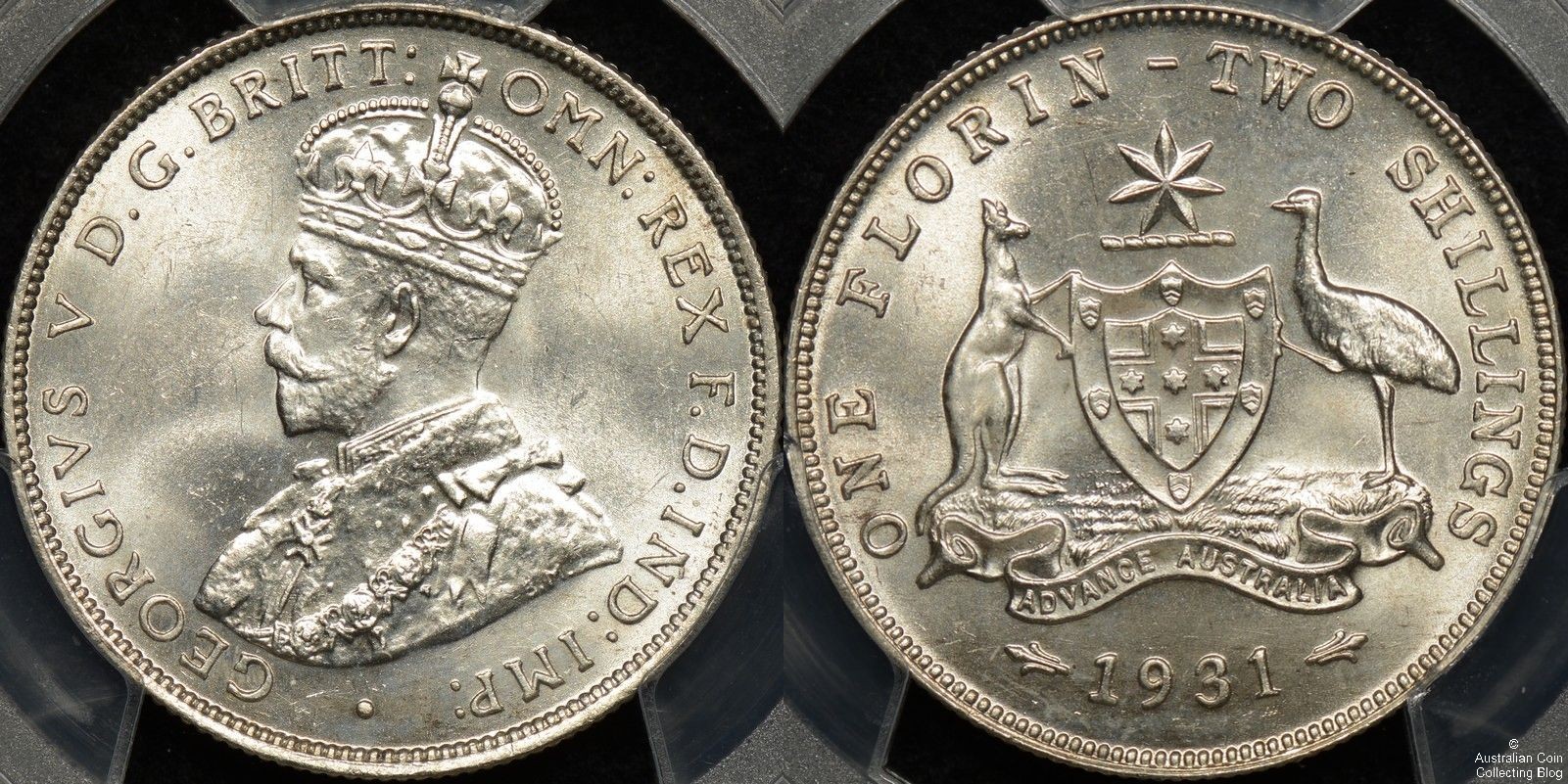 The Australian Florin with the obverse of King George V was struck the years 1911-1936. The 1911-1914 2s have no mintmarks and were all struck in London. Over half of the 1915 issues carry an ‘H’ mintmark noting that they were struck at the Heaton Mint in Birmingham, England. Melbourne issues 1916-1919 have an ‘M’ mintmark but for other years there is no mintmark. Other issues were minted in Sydney. From 1921 onwards it is not possible to distinguish between either mint.

One of the key indicators of the condition of the obverse design is the ‘pearls’ in the rim of the crown. The reverse of the George V 2s shows the same Australian Coat of Arms as the Edward VII coin. Key date coins for the series are 1932, 1914 and 1915 -these being quite scarce in high grade. Collectors looking for an excellent (and affordable) example of a George V florin should look at the dates 1931 and 1936. Uncirculated or better examples of these two years are readily available and are reasonably affordable.

There are no known varieties of the George V 2s. This suggests that there was a single master die used for the entire George v series. This Australian Florin has 168 rim beads.