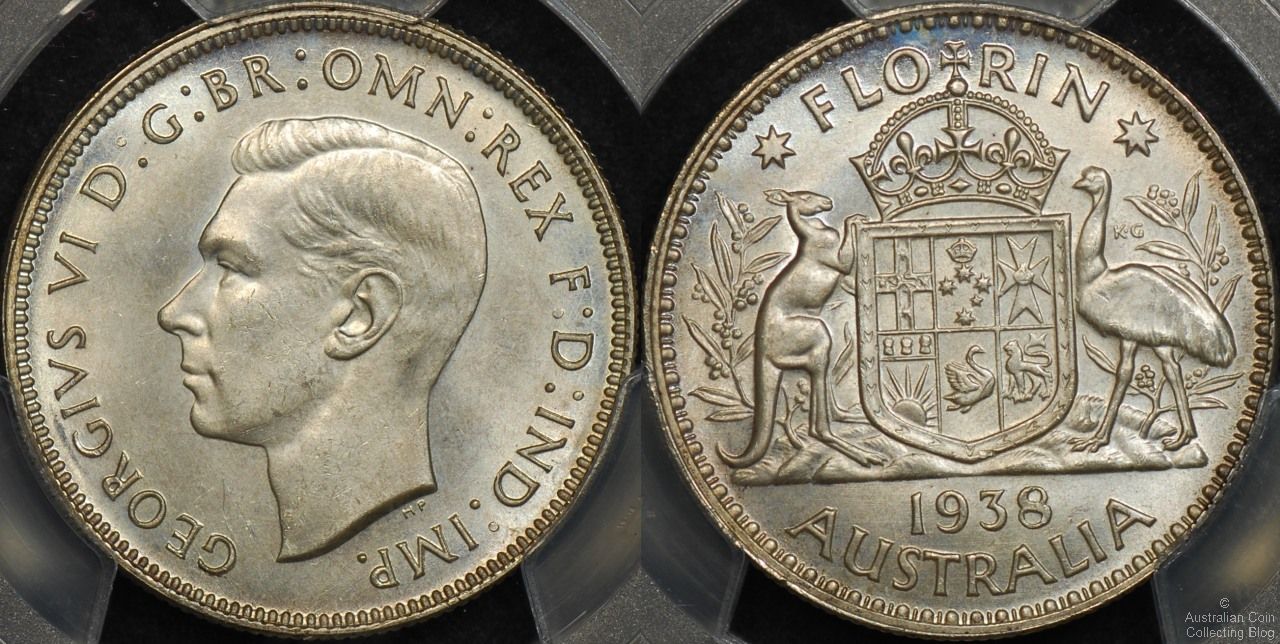 The George VI Florin was minted 1938-1952. 1938 saw a change in both the reverse and obverse design of the Australian Florin. With the new monarch, the obverse was designed depicting George VI without a crown as had been the tradition carried through from colonial times. The reverse coat of arms was redesigned with a more stylised kangaroo and emu incorporating a sprig of wattle in the design and each State’s coat of arms. A commemorative florin, the 1951 Federation Florin was issued in the reign of King George VI.

Through the wartime years the Australian 2s was typically weakly struck. This was because less time was being taken in die preparation, the dies were being used longer in the production runs and less care was being taken with quality controls because of the pressing wartime issues. In 1946 after the war had ended the silver content of all Australian silver coins including the florin was reduced to help pay back the massive war debt incurred. Collectors looking for a nice type coin with the portrait of George VI should look at 1938 or 1952 for a well-struck example. Uncirculated coins struck in San Francisco in 1944, and Australian struck coins of 1946 and 1947 are very affordable but can be a little weakly struck or heavily bag-marked.

There are no known varieties of the George VI 2s. It was minted in Melbourne but those with an S mintmark were minted in San Francisco, USA. There are 2 pattern types 1937 and 1946. Of the 1946 pattern there are only 4 known examples the majority owned by the Melbourne museum. The obverse has 146 rim denticles.