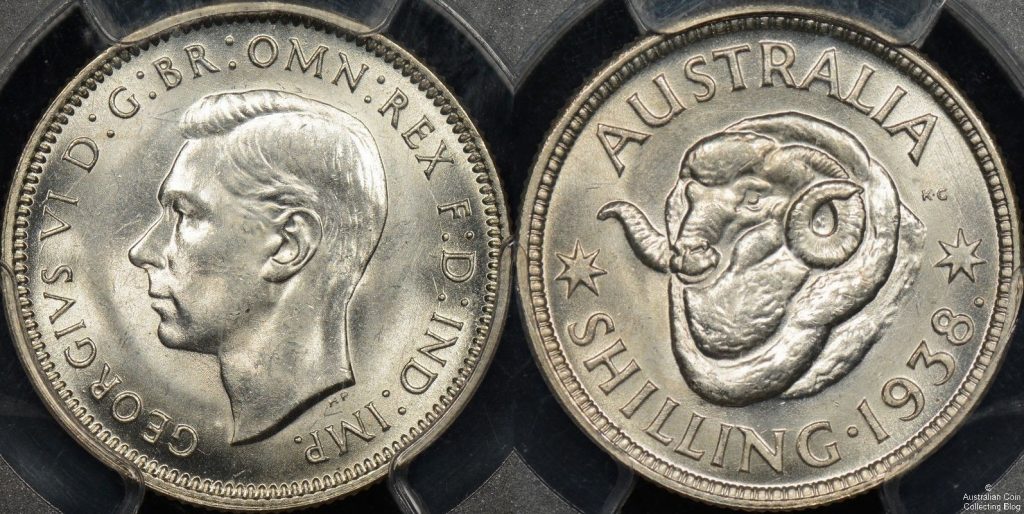 This Australian Shilling was issued during King George VI’s reign 1938-1952. The Australian Coat of Arms has been replaced with the design of a ram’s head on the reverse side with King George VI on the obverse. George Kruger-Gray designed the merino ram reverse based on a champion he had seen at the Sydney Sheep Show in 1933. In 1946 the silver content on all Australian coins was reduced from 92.5% to 50% to help pay back the massive war debt it had incurred. India became an independent nation in 1947, prompting a change to the legend on the obverse from 1950 onwards.

Typically Shillings for the years 1922, 1924, 1926 and 1927 are weakly struck, it may be difficult to find a better example of these years. Many coins for the years 1942, 1943 and 1944 were struck at the San Francisco Mint and have an ‘S’ mintmark located above the date. The Perth Mint struck some coins in 1946, these coins can be distinguished by a dot before the word Shilling. These were the only Australian silver coins to be struck in Perth. 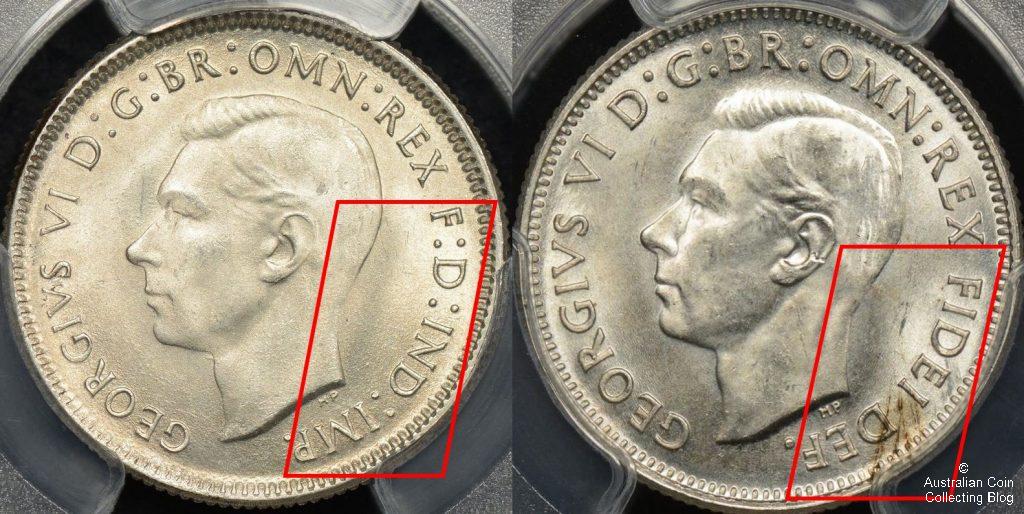