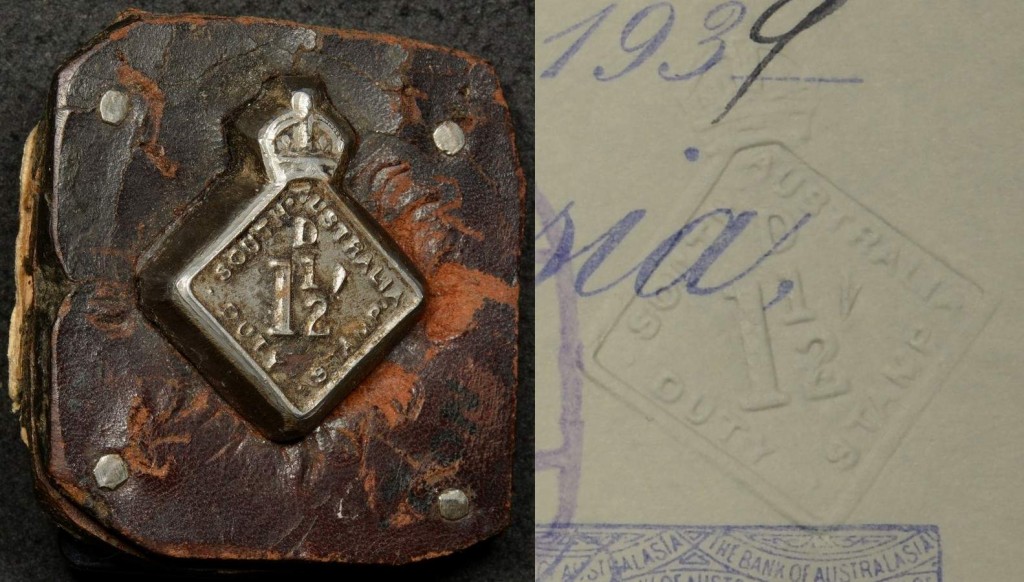 The South Australian government collected stamp duty on cheques from 1886 to 2004 and during that time both adhesive and embossing stamps were used to determine when that duty had been paid. The stamp duty rate was increased to 1 1/2 pence from January 16th 1939 and the cheque shown below would have been among the first cheques embossed by this die.

The rate was increased again in 1953 so the cheque below dated 1950 was embossed during those final years.

The cheque embossing dies, of which there would only have been two pairs (of male and female) were held in the SA Stamp Duties office. Below is one of those male dies. 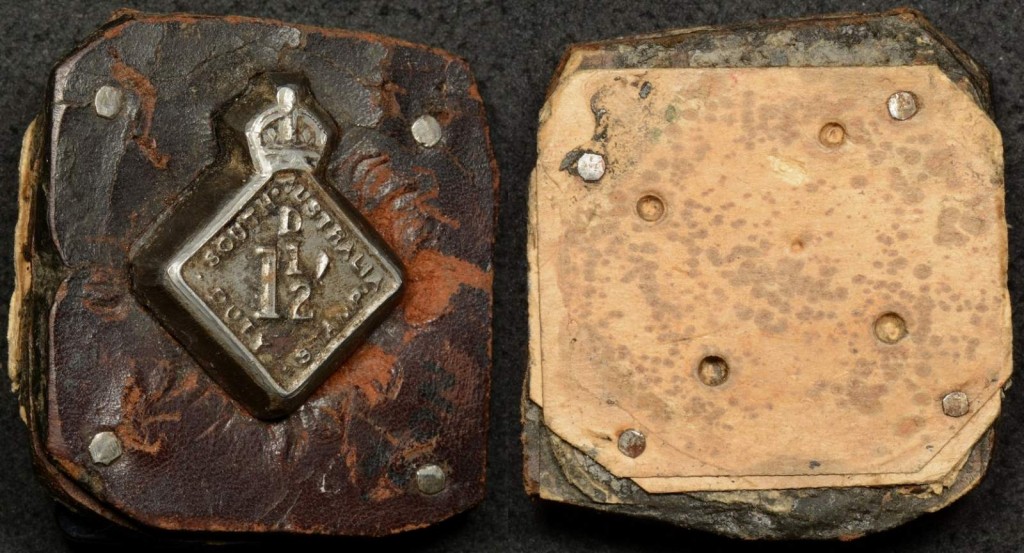