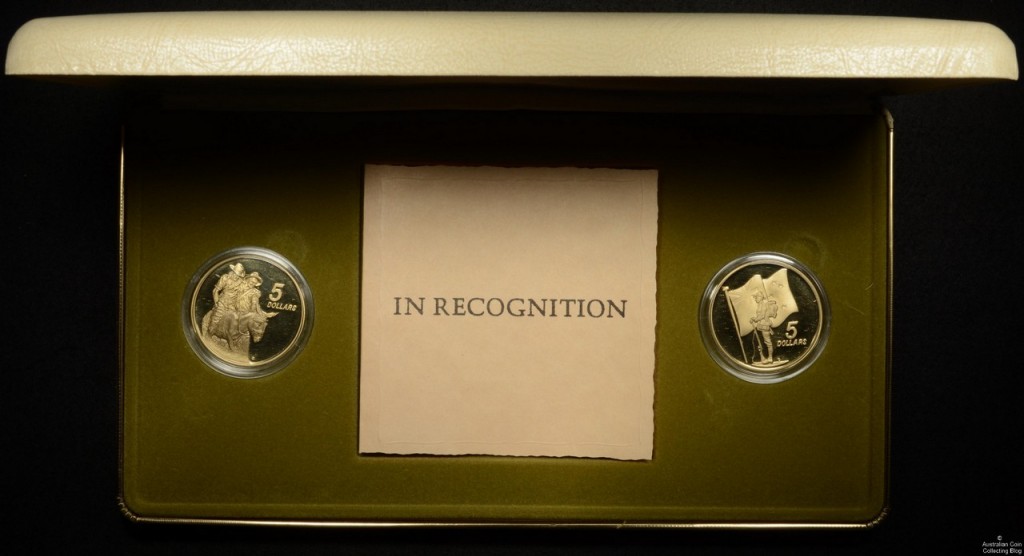 1990 was the 75th anniversary of the ANZAC landings at Gallipoli in Turkey. The Royal Australian Mint released an aluminium bronze five dollar coin to commemorate the event, minting just over a million in uncirculated condition that were packaged with information cards in PVC holders. 40,000 were struck to proof standards and released in a two coin set with a $5 coin released by the Reserve Bank of New Zealand. A further 3,061 coins were also struck as proofs and packaged with the New Zealand coin and presented to the 3,061 surviving Australian veterans of the Gallipoli campaign. You can see presentation box containing the coins above along with a card titled “In Recognition” that when opened includes a short passage that gives Australia’s thanks for the veteran’s service to the country.

The inside of the lid of the box is white satin with the words in gold “THE ANZAC 75TH ANNIVERSARY. 25TH APRIL, 1990” and the logos of the Royal Australian Mint and the Reserve Bank of New Zealand. Above you can see the closed leatherette box that is a light beige embossed in gold with the gold sunrise emblem of the Australian Commonwealth Military Forces and the fern leaf of the forces of New Zealand. 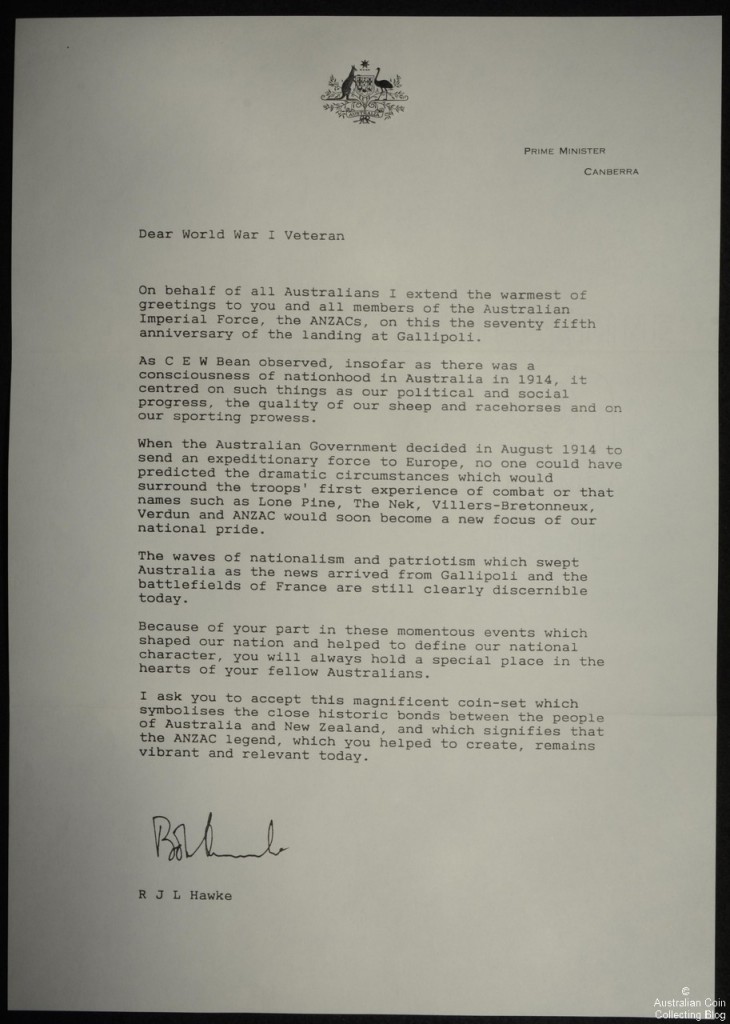 The Letter to a Gallipoli veteran from Bob Hawke

Included in the package is a printed letter to the veteran from the Australian Prime Minister of the time, Robert (Bob) Hawke. The opening paragraph of the letter reads:

On behalf of all Australians I extend the warmest of greetings to you and all members of the Australian Imperial Force, the ANZACs, on this the seventy fifth anniversary of the landing at Gallipoli

The full letter can be seen in the image above, while the envelope that contained it can be seen below. 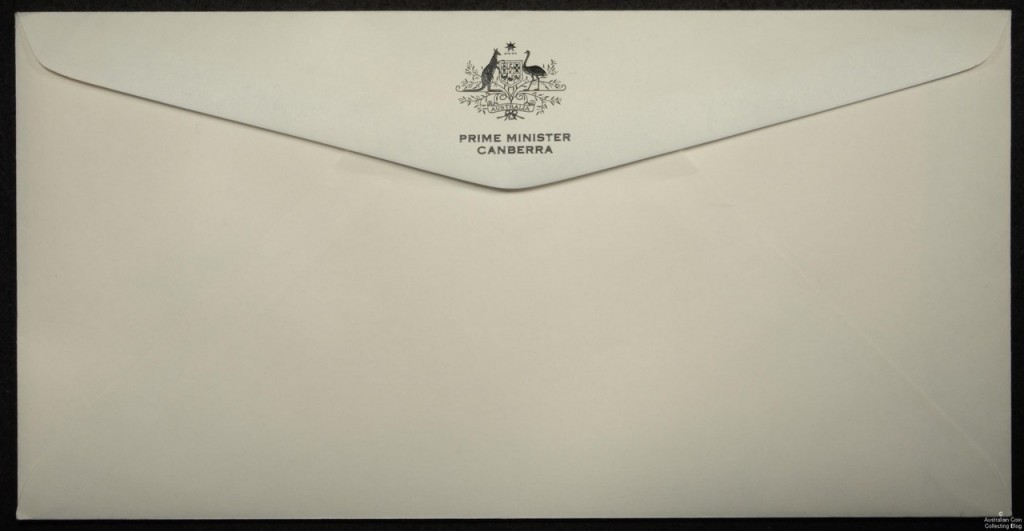