Collecting a ‘Type’ Set of Coins

One of the beauties of coin collecting is that there are no hard and fast rules that determine what you should and shouldn’t collect. One way of collecting coins is collecting a ‘type’ set of coins. A type set of coins comprises an exemplary type of each coin from a series of coins. What exactly makes up a type set is open to a great deal of debate, but as I mentioned, it’s your collection so you can define it.

I thought it would be worthwhile examining a series of coins to determine (loosely) what a type set for this series would comprise. I’ve decided to focus on the Australian Threepence, because it’s a short set and not open to much debate. The Australian 3d was minted from 1910 to 1964 spanning the reign of 4 different monarchs. Edward VII had coins minted in 1910 only, George V from 1911 to 1936, George VI from 1938 to 1952, and Elizabeth II from 1953 to 1964. Of these monarchs George VI and Elizabeth II threepence were minted with two obverses. So it is (on the surface at least) very easy to define the ‘type’ set for the Australian 3d.

There we have it, 6 coins and you have an Australian 3d type set! Right? Well, perhaps. What if we were to take into account mint marks? From 1942 to 1944 some Australian 3d’s were minted in the USA with a D (Denver) or S (San Francisco) mint mark on the reverse of the coin. In addition, in 1951 some 3d’s were minted in London, again with a mint mark on the reverse (this time a PL). So now, our type set is expanded by a further three coins. 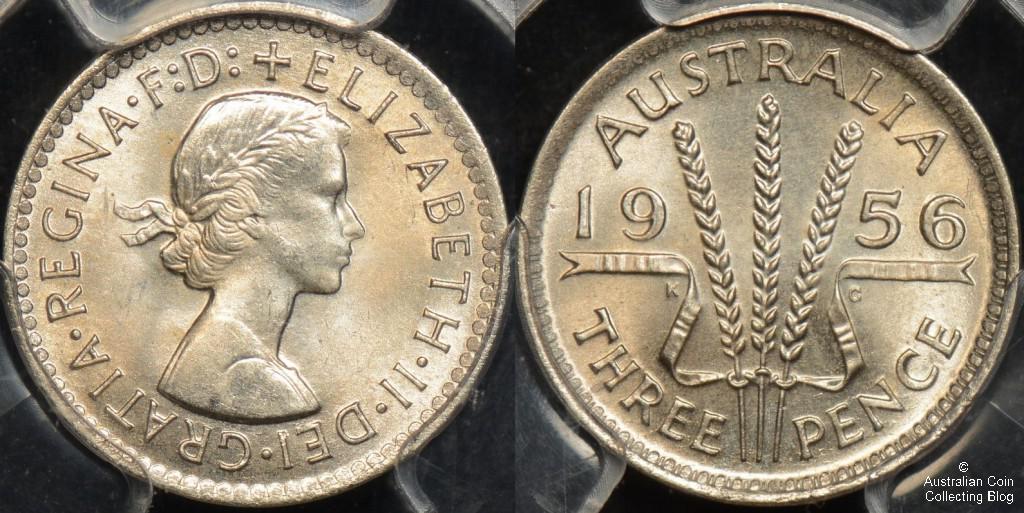 OK, finally, we’re done! Well, again, perhaps we are and perhaps we are not. This is where things get really murky. What if we were to include major varieties into the mix? The Aussie threepence has two of these, the 1922/1 overdate and the 1934/3 overdate. These two overdates are certainly in most of the dansco type folders for this series, so they could indeed be considered part of the type set. But this is where the decision lays with you, the collector. You may decide to ignore these two major varieties from your type set and concentrate on the first nine coins I’ve mentioned. The main reason? Cost! The 1922/1 overdate 3d in just fine condition can cost as much as acquiring a choice or gem coin of each of the first nine coins I have mentioned.

Truly the path forward is up to you, when collecting a type set. I’d suggest thinking about the following before setting on the path of type collecting.