As originally published in Australasian Coin and Banknote Magazine July 2021 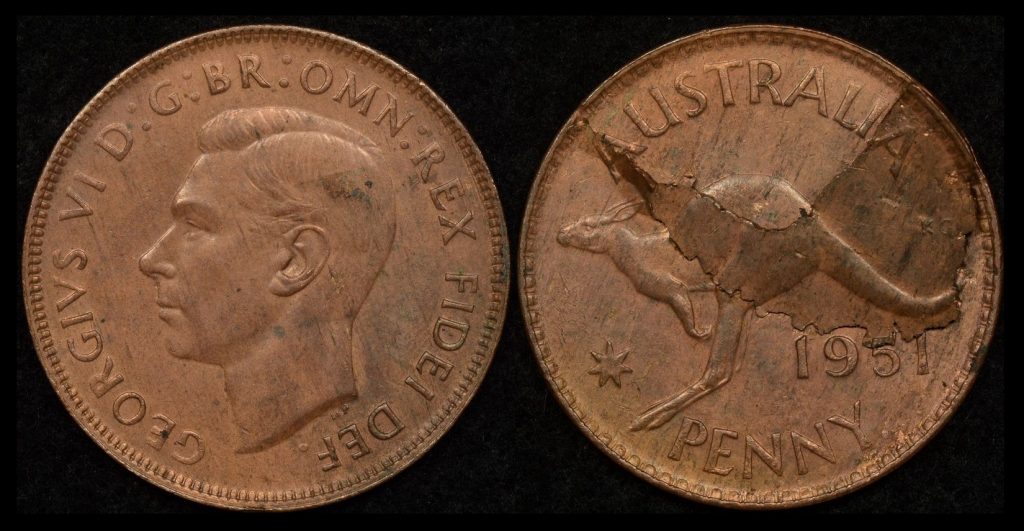 Collectors of error coins would know that the most common type of pre-decimal coin error is the ‘planchet flaw’. This type of error is also known as a ‘lamination flaw’, ‘planchet peel’, or ‘lamination peel’. Regardless of the name it is caused by some sort of contamination in the metal from which coin blanks are made. Whether the contamination is some sort of gaseous inclusion or a solid impurity like sulphur or carbon the outcome is largely the same, some of the metal in the coin fails to bond correctly to the metal around it.

If this happens to occur near the surface of the coin it can lead to a ‘planchet flaw’ or a region of improperly bonded metal. Sometimes the metallic flaw has fallen off, resulting in a ‘detached planchet flaw’. Other times the metallic flaw remains attached, generally at one end and usually has a flaking appearance. In the case of the 1951 penny shown in Image 1 you can see a large boot-shaped flaking flaw covering nearly a quarter of the reverse. It stands proud of the surface of the coin and is attached on the left side at the kangaroo’s ears. See Image 2 to get an idea of how the flaw protrudes from the surface of the coin. 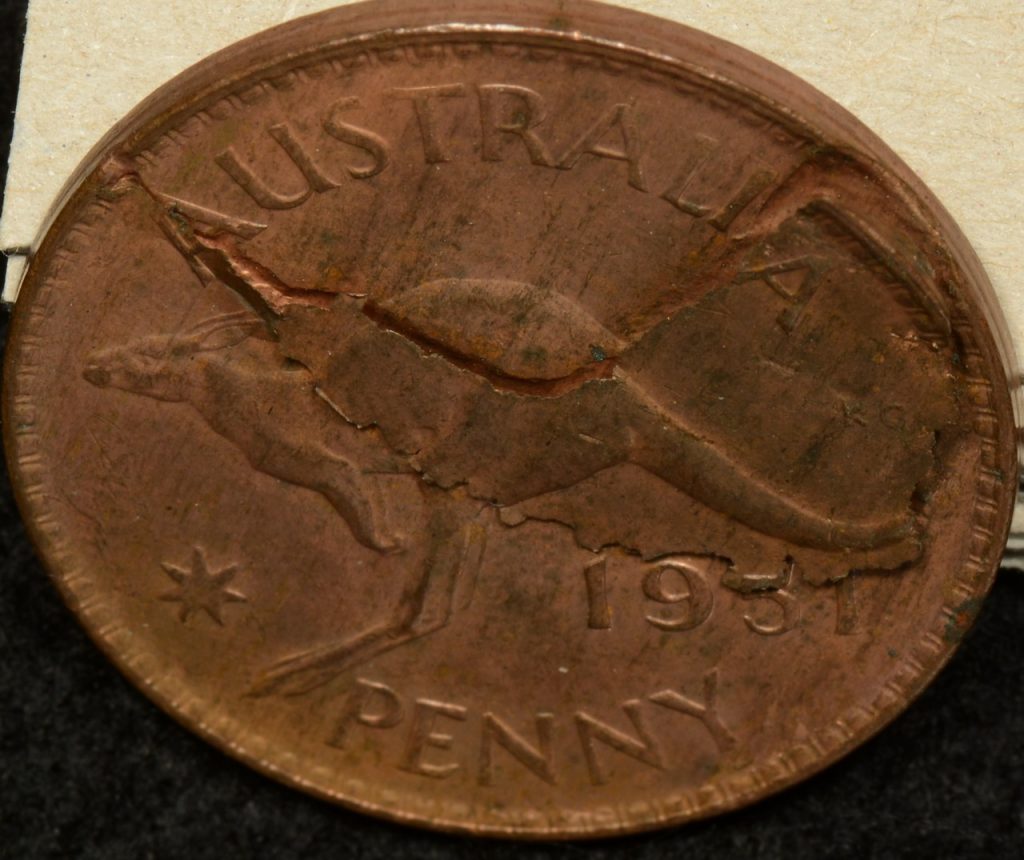 Most ‘planchet flaws’ are minor, and in the case of Australian pre-decimal bronze coins, usually found on circulated low grade examples. Sometimes you’ll find one on a high grade penny or half penny, and if large enough they are nice to put into a collection. In the case of the 1951 penny shown here you’ve got the best of both worlds, the coin is a lovely high grade, and the planchet flaw is (and excuse our vernacular), a whopper. We’d be happy to say that this is among the best errors of this type that we’ve seen.