It is worth considering what the other coin this error was struck against might look like. It will have a crescent shaped indentation on the reverse, and within that indentation there might be a partial brockage impression of the obverse of this coin. Actually it might look something like the coin below: 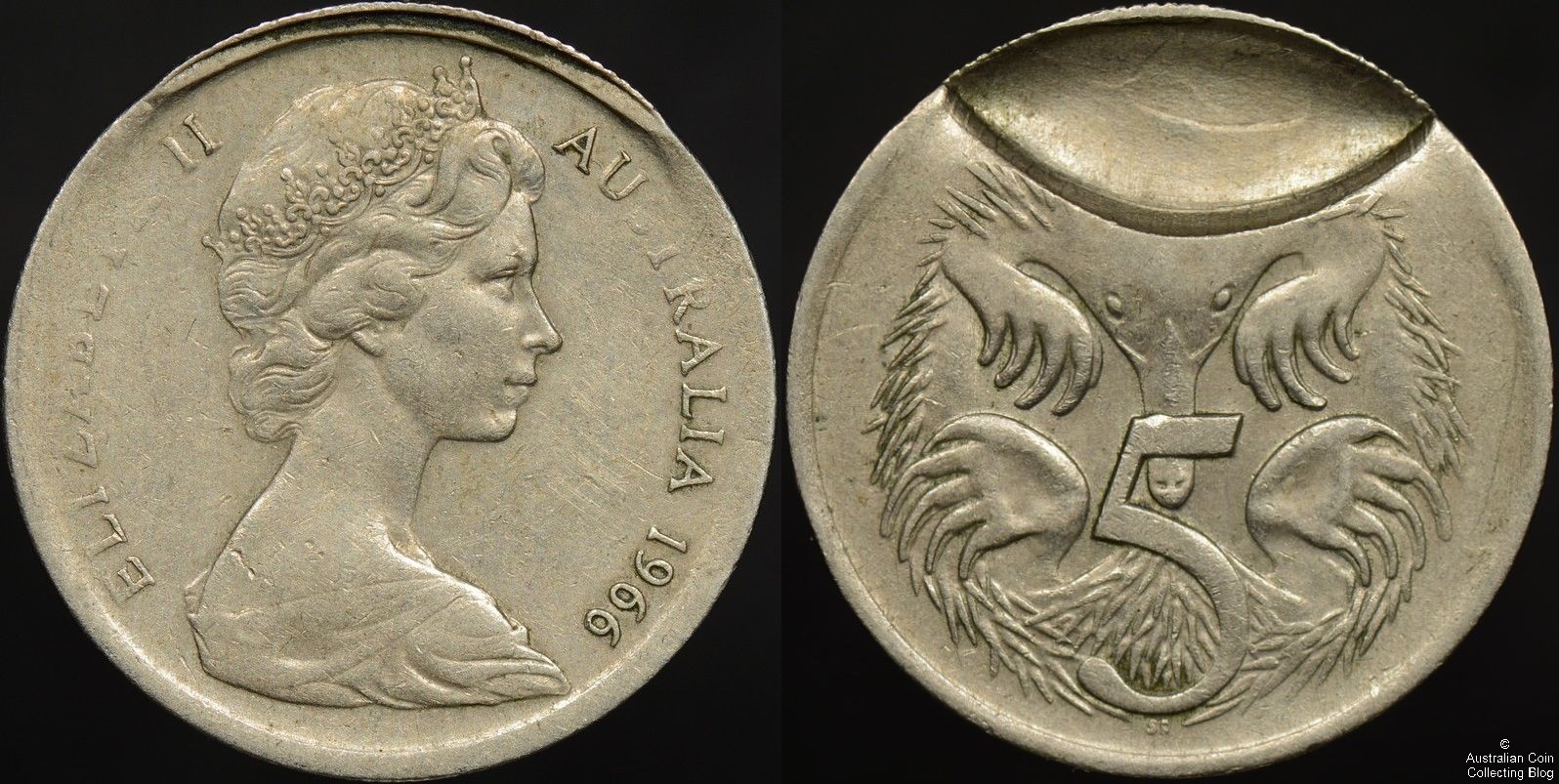 Of course the year is wrong and it’s not the actual coin that mates with our 1974 flip over double struck error above, but that’s pretty much what the other coin would look like, it is of course an indent error. Indent errors and off center double struck errors like the coin we’re talking about here fit together to form what is known as a “saddle strike”. Decimal indent errors are rare, off center double struck coins rarer again, and having a matched pair as a saddle strike is almost unheard of. We’ve heard of less than 5 matched saddle strike pairs in the last 15 years and never actually seen one in hand to be able to take an image of one. That’s how rare they are. The best we can offer is the image below, of a 10 cent saddle strike pair that appeared on eBay 4 years ago. These are the seller’s images and credit must go to that person for them.

There you have it, an off center flip over double struck 5 cent from 1974. Extremely desirable and a fine addition to any error collection. And one half of a pair of errors that would be the magnificent centre piece of error types.