Above you can see a very interesting coin error, a double struck half penny of Queen Elizabeth II. This double strike is a bit different in that both strikes occurred while the coin was completely retained within the collar die of the coin press. In addition, the coin itself rotated between strikes leading to the precise classification of the error as a rotated double strike error. This is distinct from the more often seen double strike where the coin has moved laterally between strikes and one (or more) of the subsequent strikes are out of collar.

How do we know the coin rotated between strikes? 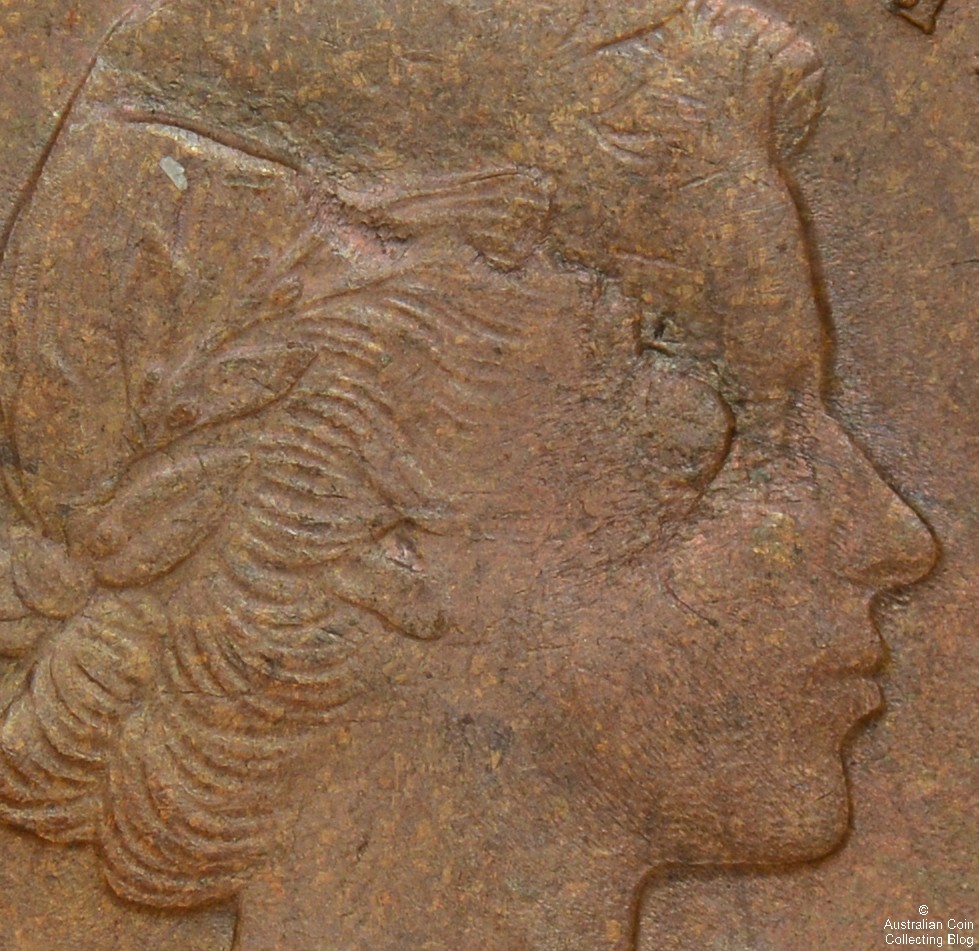 Above you can see the portrait area of the obverse. The face of Her Majesty from the second strike is oriented correctly and is quite obvious. The portrait rendered by the first strike is visible and rotated about 45 degrees counter clockwise with the chin from the first strike apparent immediately behind the eye of the second strike. Move your gaze up and to the left of the chin and you can easily see a nose in the wreath and then a forehead in the hair above the wreath.

Often the most easily spotted evidence of a multiple struck coin is in the legends. This coin shows such evidence around the legends on both sides. Rather than look at all of them we’ve picked the HALF from the reverse which you can see above. On the left of the image you can see the HALF from the original strike. It is flattened but the outline is quite obvious. On the right of the image you can see the HALF of the second strike. You’ll note that the lettering has various raised areas that correspond with the remnants of the underlying PENNY from the original strike. These raised areas are very typical of rotated multiple struck coins and often result in a bumpy and spidery appearance of the legends.

Can we date the coin more accurately?

The last two digits in the date of this coin are completely absent and it appears at first glance that dating the coin is not possible. However, if we focus on the date remnants from the original coin strike then we can actually date the coin. 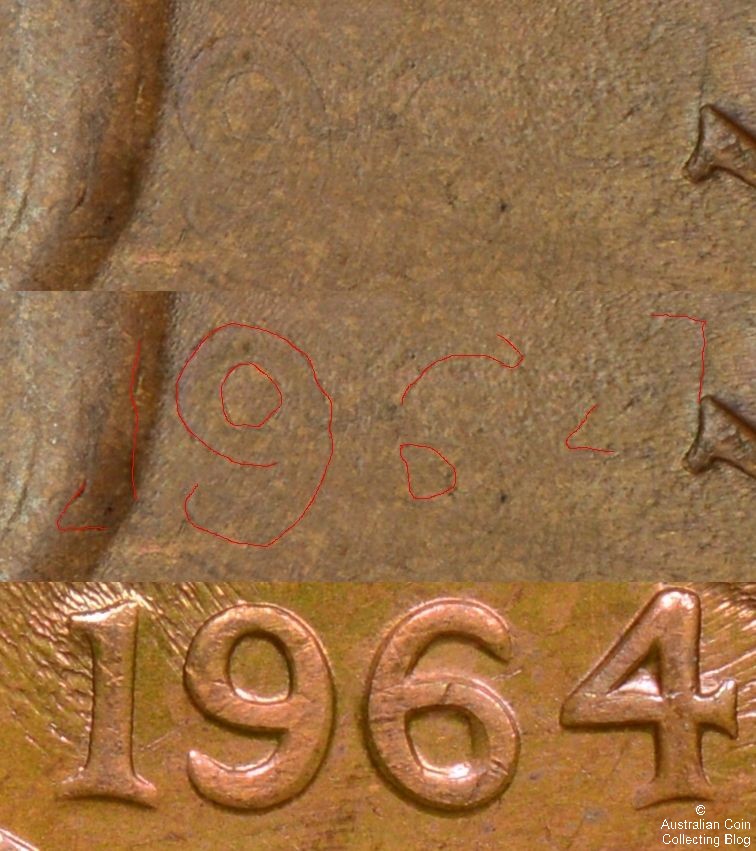 The image above shows a close up of the date area from the original strike of the coin. If you look closely (and perhaps squint and stand on one leg) you can probably see the remnants of a 1 and 9 on the left, so the coin was struck in the 20th century…..well of course it was we didn’t need to see the numerals to know that! More interestingly if you look to the right of the remnants of the 9 you can just make out the faint remains of two more numerals. We’ve highlighted the relevant parts in red in the middle of the image. Comparing them with the date area of a normal 1964Y half penny it’s clear that our double struck coin is a 1964 dated coin.

How do Rotated Double Strikes occur?

There are two theories as to how rotated double strikes occur.

Personally we lean toward the second theory. A very similar method is thought to be behind wrong or foreign planchet errors, basically the wrong planchets end up contaminating the blank supply for some other coin. If it can happen for blanks then it’s quite feasible for it to happen with already struck coins.