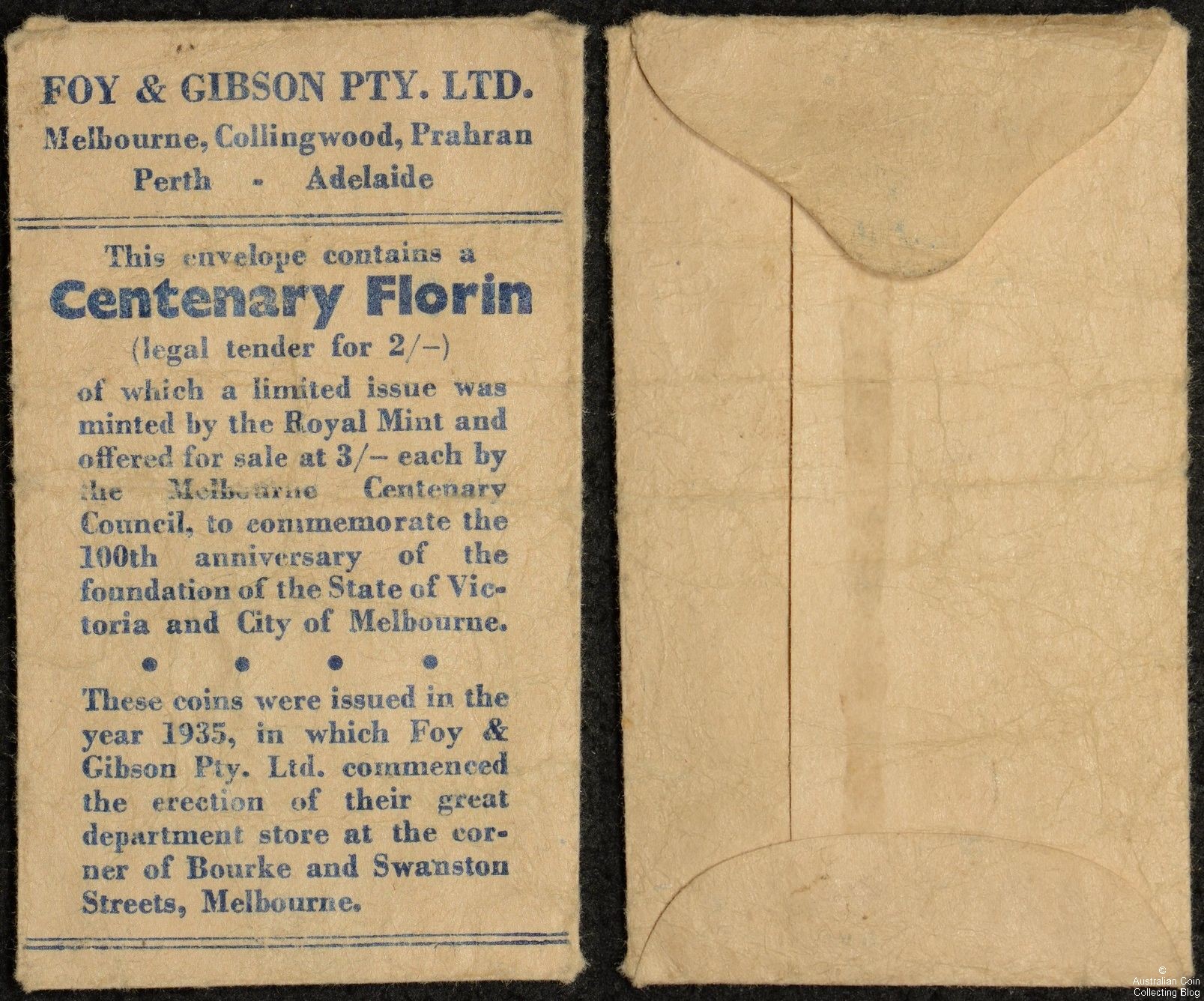 A Melbourne Foy and Gibson Bag

Celebrations for the Centenary of Melbourne were overshadowed by the great depression. Victorians weren’t able to purchase the 1934-35 Centenary Florin (at a 1 shilling premium above face value) on such low wages so come the final events in June 1935 only 35,000 coins had been sold . The local department store of the time Foy and Gibson (ultimately sold to Woolworths) opted to purchase 30,000 coins. Their idea was to give their customers an unusual coin for face value in their change complete with a small paper pouch in promotion of their store. There were two types of these, nicknamed Foy bags, one for Melbourne and one for Perth issues – the Perth bag being the rarest of the two. It is estimated only several hundred of these special bags have survived until today.

“This envelope contains a Centenary Florin (legal tender for 2/-) of which a limited issue was minted by the Royal Mint and offered for sale at 3/- each by the Melbourne Centenary Council, to commemorate the 100th anniversary of the foundation of the State of Victoria and City of Melbourne. These coins were issued in the year 1935, in which Foy & Gibson PTY. LTD. commenced the erection of their great department store at the corner of Bourke and Swanston Streets, Melbourne.”

“This envelope contains a Centenary Florin (legal tender for 2/-) of which a limited issue was minted by the Melbourne Royal Mint and offered for sale at 3 / – each. These coins were issued in 1935, in which year the Silver Jubilee of King George and Queen Mary was celebrated.”

These values are updated hourly using New York market prices. Coin values are purely the value of the gold or silver they contain and do not account for any numismatic value.
Prices Last Updated: 22:04 21 May 2022