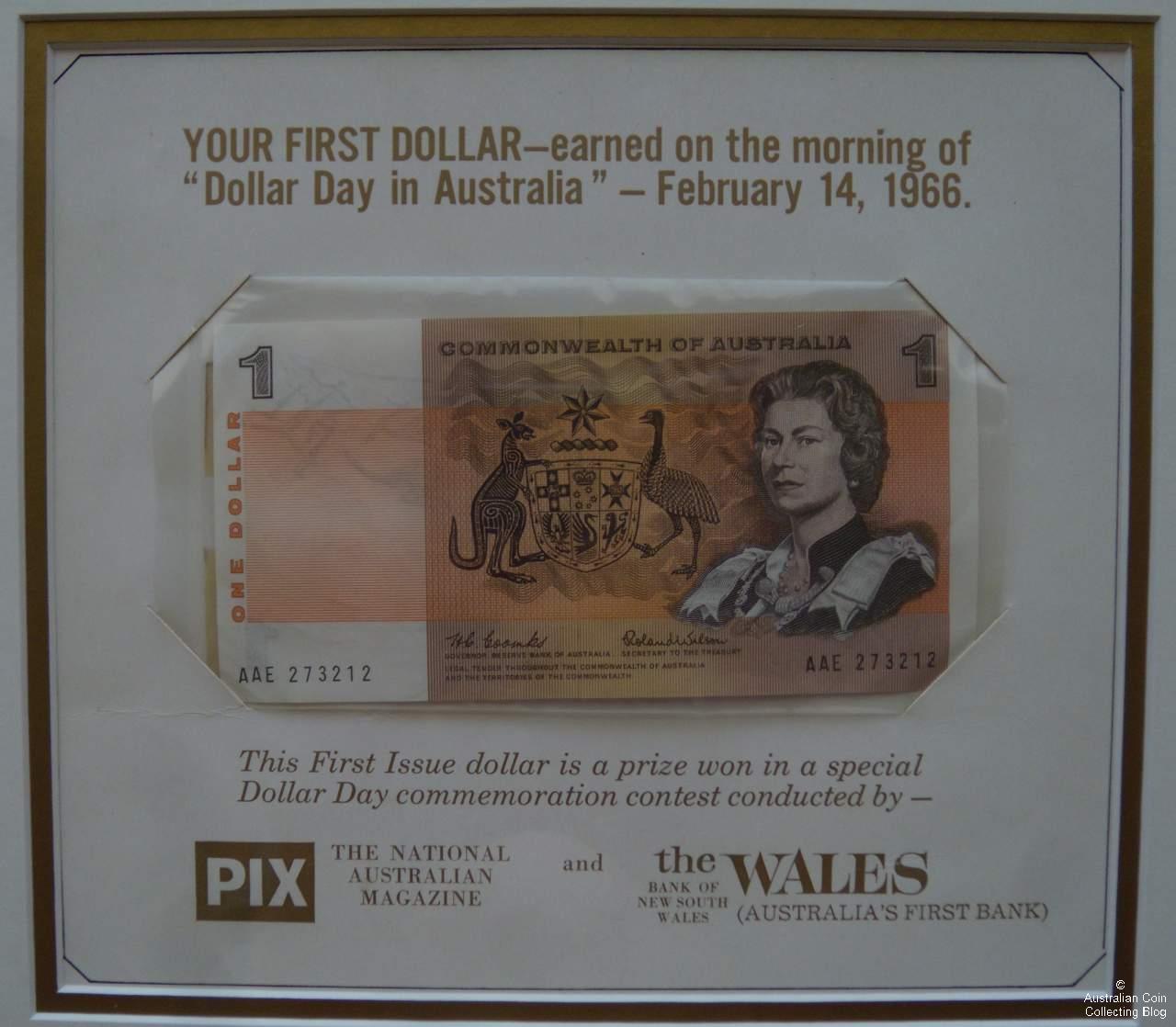 Competition Prize Conducted at the Changeover in 1966

It was excitement and deep interest as consumers deliberately spent money to obtain the new dollars and cents on C-day Monday February 14th 1966. Banks had been closed since the previous Wednesday to allow the transition to decimal accountancy and reopened for C-day to hustle and bustle.

Shops showed some confusion with shortages of dollar notes and silver coins but plenty of copper 1c and 2c, most giving change in a mixture of both pounds, shillings and pence along with dollars and cents. Under the new currency a box of matches cost 1 1/2 cents so as there was no half-cents shopkeepers wanted to sell 2 boxes for 3c. The old half-penny didn’t fair in the conversion so these had been removed from shop pricing prior to the last Christmas.

Customers purchasing a middy of beer handed over 2 shillings to receive the thirst quencher and change of a sixpence and 1c. Some shopkeepers were just happy to continue trading with £.s.d and chalked the day up to “just another of Menzies’ fads” referring to the Prime Minister of the time, but they would come round.

Sydney Harbour Bridge toll collectors continued to hand out shillings to disappointed drivers hoping for 10c pieces as change for their florins. The Decimal Currency Board chairman Sir Walter Scott travelled to work by train on this day watching clerks at the booking offices eyeing off the transition and it’s affect on commuters “just going like clockwork this morning” he said.

The Sydney Stock Exchange transitioned easily with smooth, but slightly slower trading and investor confidence in the market appeared unaffected.

Interestingly, housewives of the time noted some price rises in household essentials in the leadup to changeover day. The conversions not always favourable so the prices just went up. An expert of the time, Professor N.R Wills (head of the School of Business Administration at the University of NSW) said the changeover would cost consumers no more than 5c (or 6d) a week extra.

“I think the advantage people will find in keeping a check on their money, and not be short-changed over the counter, will make up for this. Even morons can count up to 10”.

Experts said that the positives and negative pricing costs would even out and no one would be worse off for the event.

Shopkeepers who changed their pricing over on the weekend took advantage of the fractions that didn’t convert well. 2 pennies converted to 2c, but so did a threepence! The drought had been blamed for fresh food increases over the past 9 months anyway increasing the cost of living by 1-2 pounds ($2-4) per week.

Back in 1966 common household items cost:

Department stores such as David Jones and Mark Foy’s (responsible for the issue of the Foy Bags containing the 1934/5 Melbourne Centenary Florin collectors will have heard of) hired experts who were on hand to answer customer questions and staff had been training for the conversion for between 4 months to 2 years. Along with these expert staff, conversion tables and charts hung from the ceilings with charts at each register allowing customers to accurately assess their dollar and cents change. Mark Foys implemented the change with a “big dollar bargains day” with ladies swimsuits at $1.50 and cardigans for $2 to shift the idea that their prices would increase with the changeover.