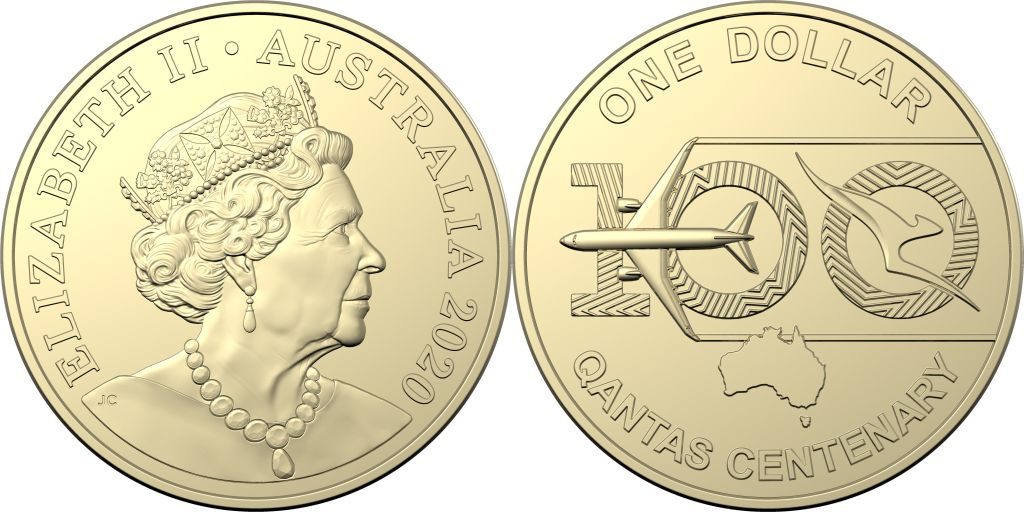 Today the Royal Australian Mint releases a new one dollar coin into circulation. The commemorative $1 coin depicts a stylised B787-9 Dreamliner flying through the number 100, a hundred years since QANTAS was founded in November 1920 -the third oldest airline in the world. Originally Queensland and Northern Territory Aerial Services, shortened to the acronym QANTAS is also known fondly as the flying kangaroo -with an impeccable safety record. The coin design includes parallel lines in the plane’s wake to signify movement and progression in the airlines 100 year history. This Dreamliner aircraft with the QANTAS badge flew the first non-stop flight between Perth and London in 2018 and QANTAS was the first to complete the longest commercial flight between New York and Sydney in 2019.

The new coin will soon be found in circulation. If you can’t wait then head to the Mint swap events planned in Canberra, Brisbane, Sydney and Melbourne later this month (February 17, 21 and 21). These coins are also available in coin rolls from selected dealers. This coin is a fitting addition to the 11 Coin $1 QANTAS boxed Set also released by the Mint.