In their never ending quest to find more products to sell to collectors the Royal Australian Mint is going to apply a counterstamp to the 2015 Netball World Cup 20 cent coin. Counterstamping coins is an easy way to “add value” to existing mint product, clearly it’s such a good thing the mint has splashed out on a second counterstamping press. One will be busy in Brisbane at the Ekka and the other will be set up for the Netball World Cup in the Fanfest fan zone at Allphones Arena at Olympic Park in Sydney.

The Netball World Cup will run from 7 to 16 of August and presumably the press will be operating the whole time and attendees can purchase the coins for $15 each. If you’re a regular collector then you’ll have to go to the event to collect your coin. You don’t need a ticket to get into the FanFEST area, it’s a free event open to anyone. If you’re a member of the RAM loyalty “Legends” program then you can order 5 coins over the phone, presumably at $15 too. They are not available at all online from the Mint. 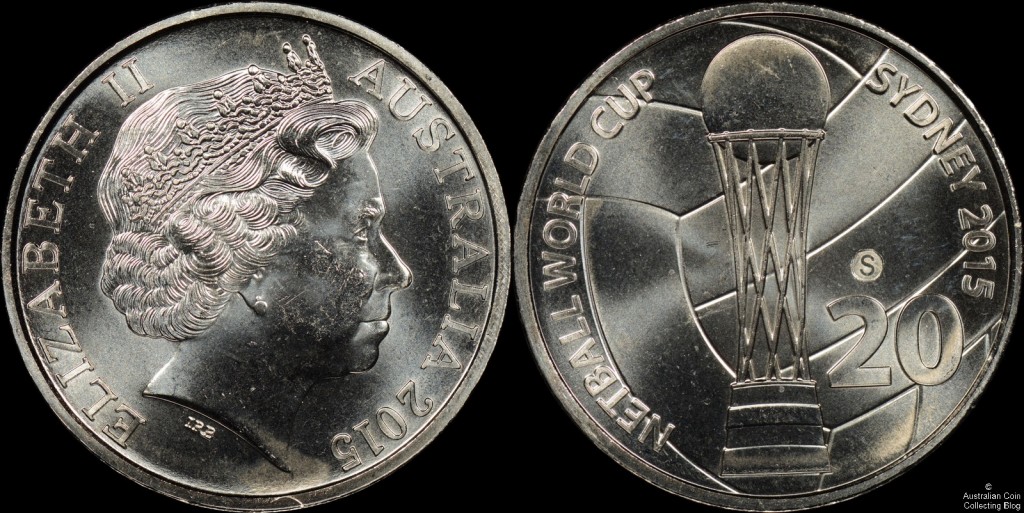 The mint is selling the non counterstamped version of this coin via their website for $12 which will also be available in a PNC and an overprinted limited release ANDA show PNC. They are also selling a Netball themed 99.9% silver 1 Oz $5 coin that is domed in shape. Apparently it’s the world’s first Netball domed coin, but given the very few domed coins on the market that’s not saying much.

Update 27 August 2015 : We got some of these coins and there’s a few little errors and variations on them. Read more here.