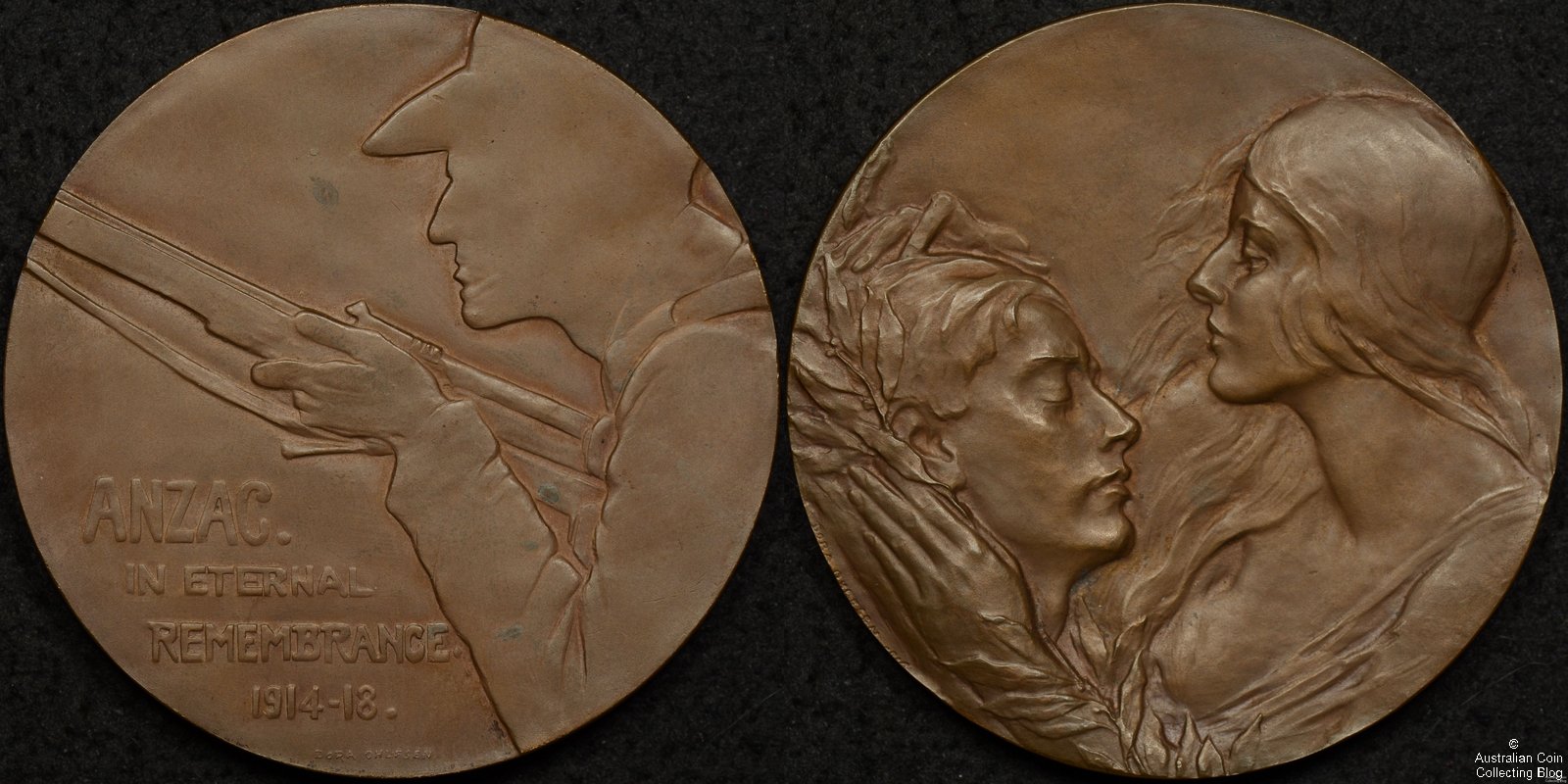 Above you can see a remarkable 60mm bronze medal sculpted by Dora Ohflsen and released in 1919. One side depicts a fallen soldier being comforted by a female representation of Australia. The other side shows the outline of a soldier facing left carrying a rifle, and below and right the words

This item is listed in the the key Australian medal reference, Carlisle as C1914-1918/1 (p. 203). Carlisle says that the fallen ANZAC was modelled by Ohlfsen’s brother while the female figure of Australia was modelled by a Miss Alice Simpson who lived in Rome at the same time that Ohlfsen sculpted the design. Our medal is held in a contemporary satin and felt lined box, with the exterior of the box covered in a maroon fabric with the words ANZAC MEDAL in gilt lettering on the top lid. Carlisle mentions that the medals also included a small card that read “in aid of Australians and New Zealanders maimed in war – 1914-1918”. This card is not present in our example.

Ohlfsen was born in Ballarat, Victoria in either 1869 or 1877 and studied sculpture specialising in medallic art in Rome, Italy. She was also a noted musician and writer, and lived variously in Italy, Russia, and Germany. In 1914 she enlisted as a Red Cross nurse in Italy and worked in hospitals in Rome and Venice. Sometime during the war (or shortly afterwards) she produced the design you see above. The European influences on the design of this medal are obvious with the design being much more sophisticated than contemporary Australian designs, which are crude in comparison. Ohlfsen was prolific during the 1920’s and 1930’s producing many well known medals, portraits, and sculptures. She was found dead in her apartment in 1948 along with her companion, the Russian Baroness, Heléne de Kuegelgen.

Why was this Medal Made?

Ohflsen created this design sometime during World War 1 (or soon after), the exact date is unknown. What is known is that in 1919 she travelled to London where she masterminded the manufacture, at her own expense (6) and the subsequent sale of the medal to raise funds in aid of disabled ANZAC soldiers. The first medal was presented to the Prince of Wales (the later short reigning Edward VIII) and an influential committee was formed to help the fund raising effort. Members of the committee included Australian Generals Monash and Birdwood, and former NSW Premier Sir Charles Wade. According to Meacham(1) Dora persuaded Wade to take several hundred of the medals back to Australia for sale at 2 guineas (42 shillings) each. Ohflsen herself travelled back to Australia in 1920 to help with sale of her fund-raising medal. The Art Gallery of NSW has a particularly poignant quote from Ohlfsen regarding her design, giving some insight into her motivations behind the design:

‘I am just completing a medal dedicated to the Australians fallen in Gallipoli. However, it could be dedicated to those fallen in this war in general. If it should be put to any use by the Government I should like half of the proceeds to go the mutilated. I have made “Australia” and her son very young — representing as they do the youngest country and the youngest army.’ 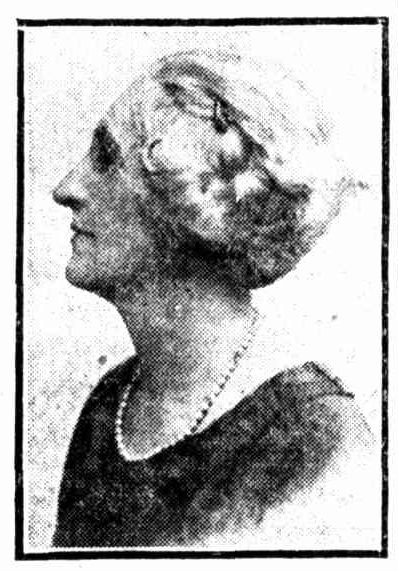 This medal is among the most important items for the collector of World War 1 ANZAC medallions. They appear on the market infrequently and usually cost a few hundred dollars. That being said it is quite unlike other Australian medallions of the period and make a beautiful and striking addition to any collection.

Posted in Collectables and Ephemera, Medals