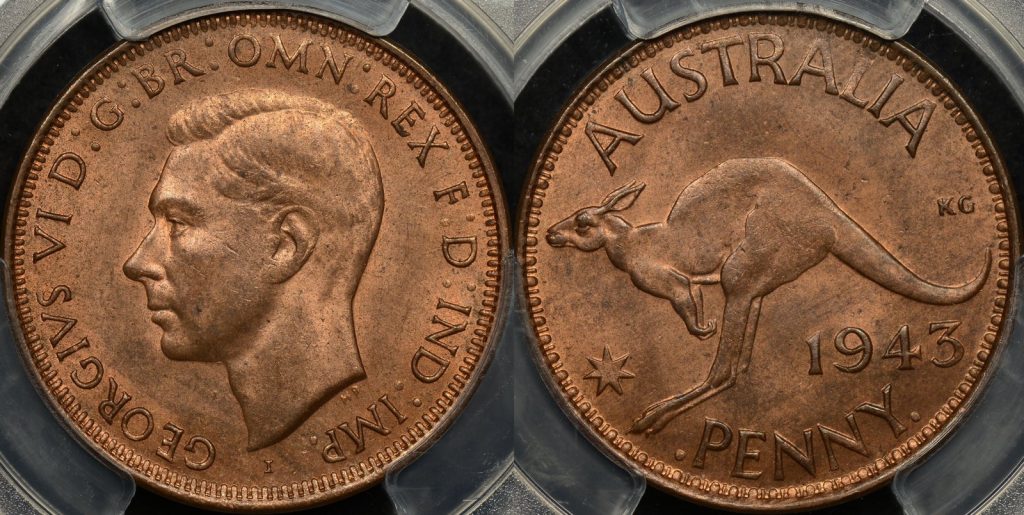 If you’re wondering what your 1943 penny is worth then you need to understand a few things before moving forward. Firstly, 1943 was right in the middle of World War 2 and there was a need for coin to keep the wheels of commerce in Australia turning. Because of this the mintage of Australian 1943 pennies is high. How high? More than 53 million bronze pennies were minted for 1943! What does that mean? It means that if a coin collector is looking for a 1943 penny they are not going to have too much trouble finding one! The second thing to be aware of is that 1943 pennies were actually minted in three different branches of the Royal Mint spread across two countries. 1943 pennies were struck in Melbourne, Perth, and Bombay in India!

So what is a 1943 Australian Penny Worth?

You need to be aware that the value of 1943 pennies is very closely related to the grade of the coin. If you’ve got a well circulated penny that is toned brown, then you’ve got a coin that is worth less than a dollar, regardless of the mint the coin was made at. An Extremely Fine coin with traces of mint red might be worth $20, almost uncirculated coins worth perhaps $50-$75. A full red uncirculated 1943 penny from the Melbourne, Perth, or Bombay Mint is worth up to $250. As usual you’re likely to see higher values for top graded PCGS certified 1943 pennies rather than raw ungraded coins. 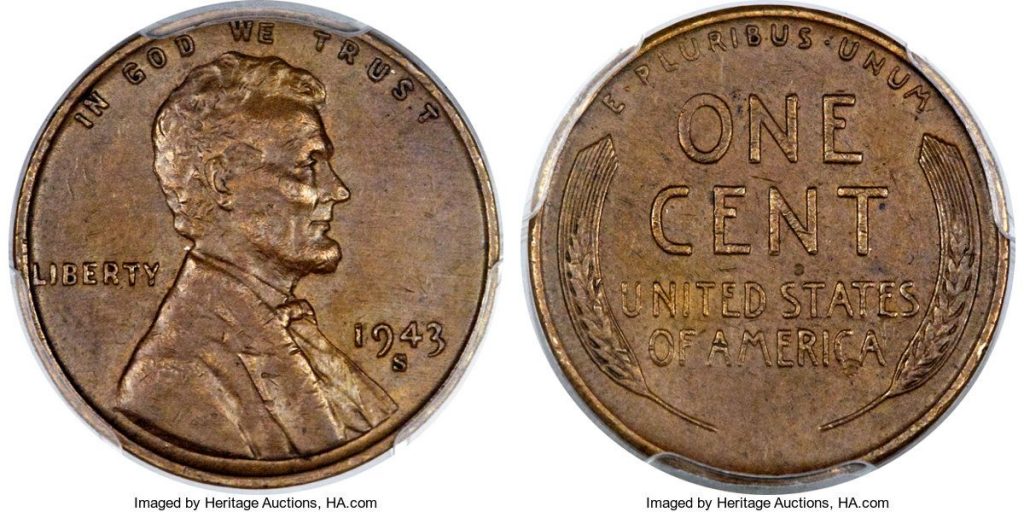 But What’s All this About 1943 Copper Pennies Being Worth Thousands?

If you’ve come here thinking your 1943 penny is worth thousands then you’re getting confused with a very few United States of America Wheat Cents (also called pennies) that were dated 1943 that were struck in copper. You can see one of these very rare coins above. It turns out that almost all USA 1943 Wheat Cents were struck in steel, while some small number were accidentally struck in copper. These copper 1943 Wheat Cents are indeed very valuable being worth hundreds of thousands of dollars. In contrast, 1943 Australian Pennies (which are actually Bronze NOT Copper) are not particularly valuable as we’ve already discussed earlier.

Values were current at time of writing in December 2019.