45 Years of Thunder, collector coins commemorating AC/DC have been released with a bang. The phones are ringing hot at coin shops around the country from collectors trying to source these new release Australian coins. The Royal Australian Mint (RAM) has struck two special coins, a coloured uncirculated 50c and a triangular $5 silver plated nickel proof coin.

The triangular shape of the $5 coin resembles a guitar pick and the box also includes a guitar pick housed in amplifier shaped packaging. The nickel plated surfaces of this fine silver proof give the coin a dark appearance with a yellow bolt of lightning. Limited to just 10,000 coins the Royal Australian Mint limited sales to 3 coins per customer but this issue was quick to sell out at issue price of $130. These coins are currently selling around $200. 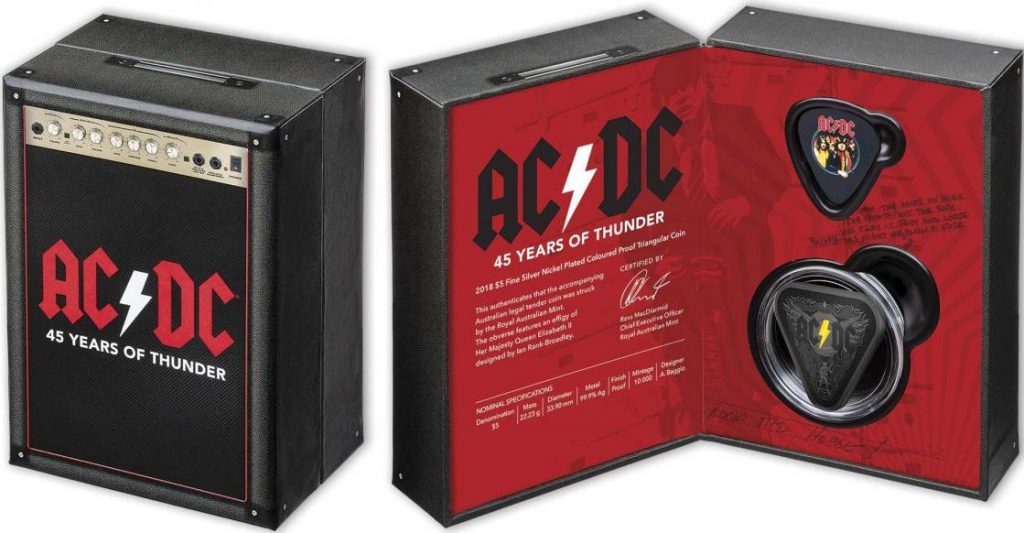 The 50 cent with two yellow coloured bolts of lightning also celebrates 45 years of AC/DC. Issued for $15 this coin is currently selling for upwards of $60. Also initially limited to a purchase of three coins before a fast sellout the RAM knew this coin would be highly sought for another special reason. Partnering with Questacon and using a Tesla coil in the Caged Lightning exhibition just ten of the 30,000 50c pieces issued were “Thunderstruck” with 3,500,000 volts of lightning. These coins are identified by unique frosting on the AC/DC logo and were randomly distributed by the Mint. Did you receive a high voltage coin? Let us know! 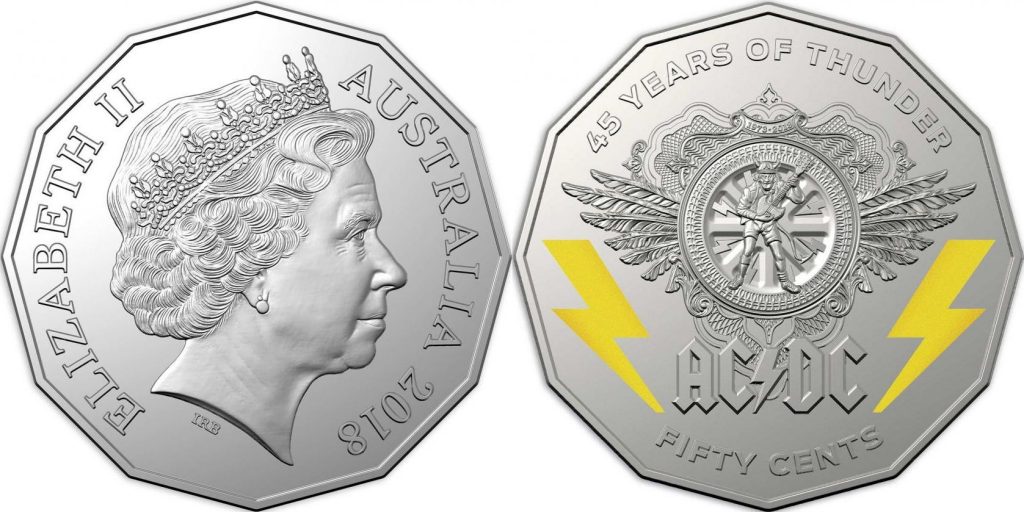