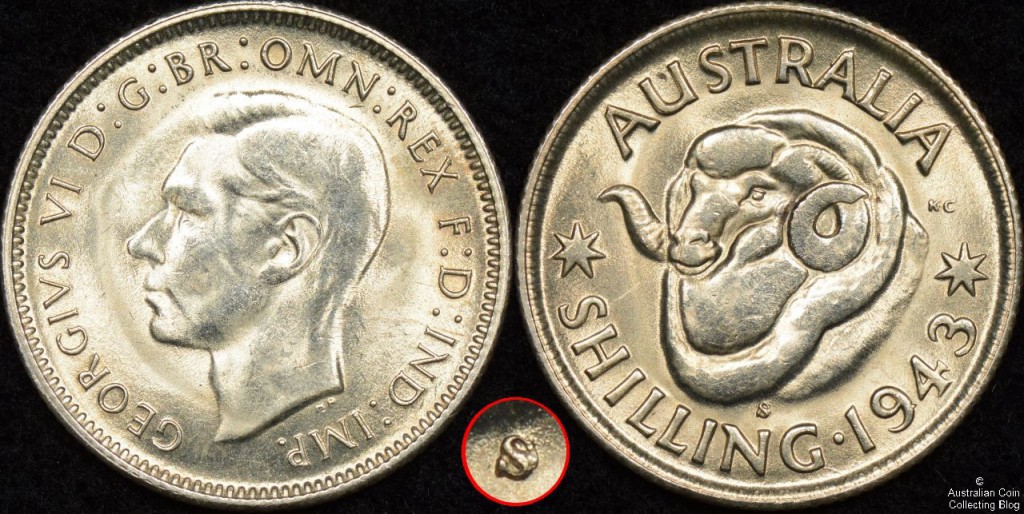 The Australian 1943 shilling struck in San Francisco shows a distinctive S mintmark on the reverse and can be found with the variety seen above commonly known as the S over D variety. The only other Australian shilling struck in 1943 was plain which doesn’t have a mintmark and was struck in Melbourne. Some Australian threepence and sixpences were struck in 1943 in Denver, USA with a D mintmark hence the conclusion by some that the variety is some type of re-engraved or over-mint mark type where the S has been added over a partially removed or changed D.

This is however entirely incorrect.

The S mintmark on the San Francisco minted coin with the variety shown here does in fact feature a cud where a small portion of the die has broken away and left a blob of metal on the struck coin adding to the S mintmark. The cud happened in such a position that it does appear as if it was the rounded front of a D.

It is in fact a well known variety listed by Ian McConnelly in Australian Pre-Decimal Coin Varieties (2nd edition) as Very Scarce and known as the blob on front of mintmark S variety. Personally I like the S over D title with the added “but it’s just a cud”. The example featured here also shows a spur cud on the 9 of the date which can be found on some blob in front of S varieties but not all. This variety is one of the better known pre-decimal varieties and one to look out for. 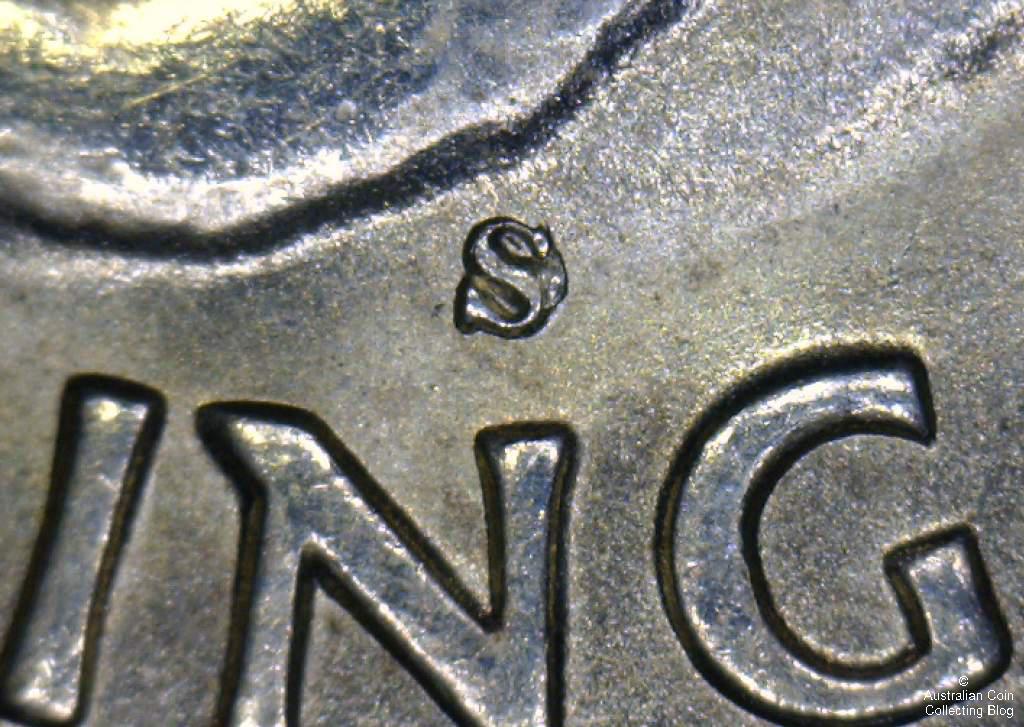 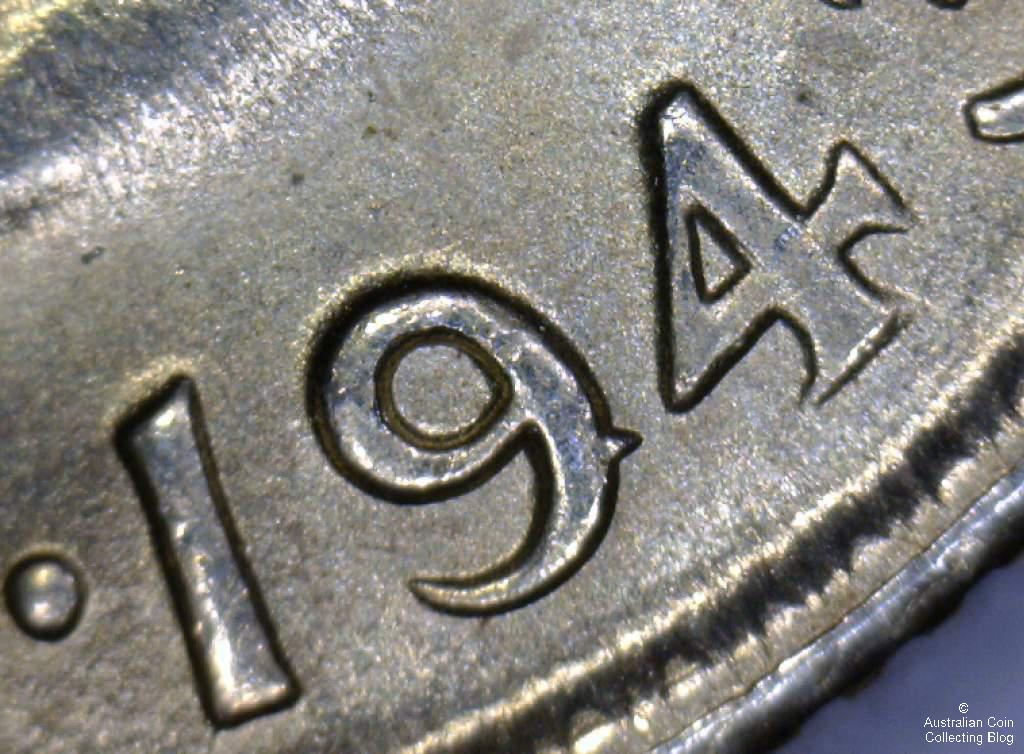