Home › Collecting Coins › Why is HH on my Two Dollar Coin?

Why is HH on my Two Dollar Coin? 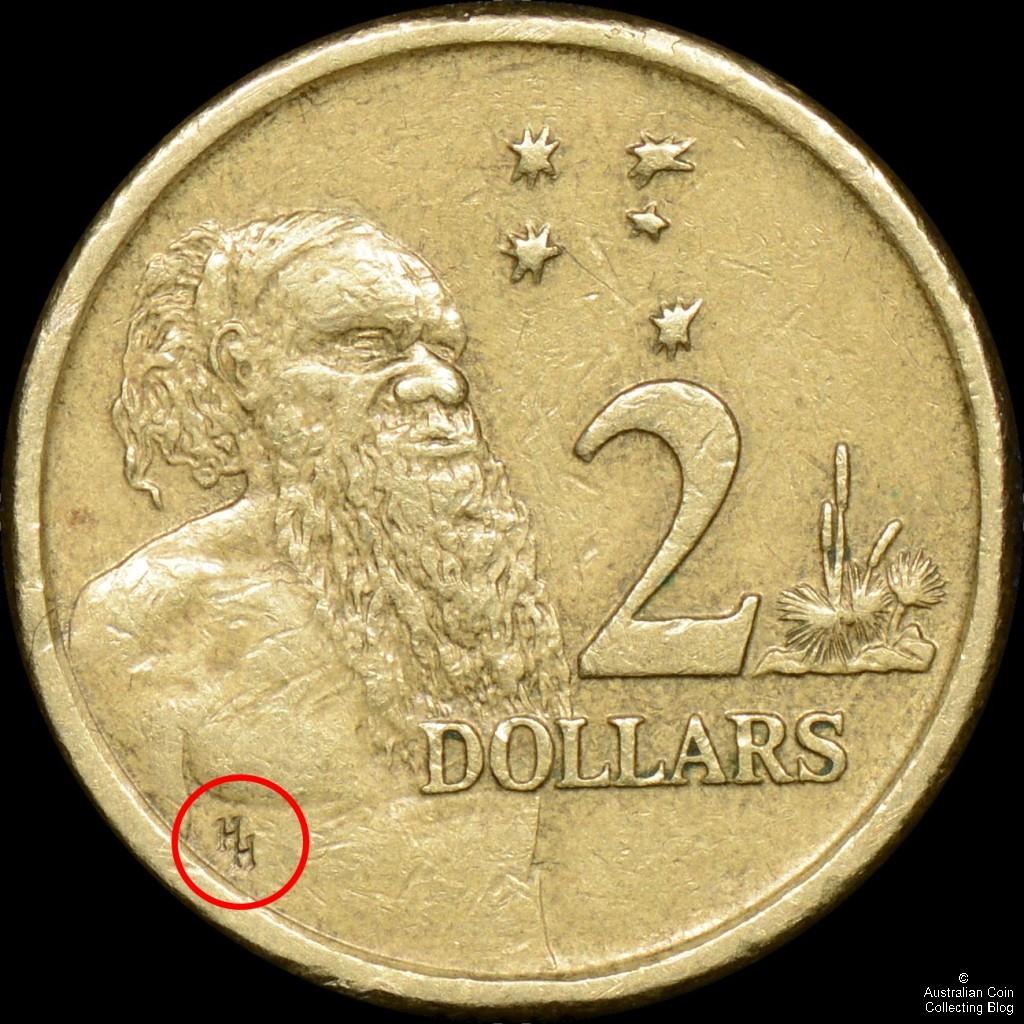 $2 Coin with HH on Aboriginal Portrait

If you’re new to coin collecting or noodling your change then you might notice that some $2 coins have the letters HH struck into the lower chest of the portrait of the aboriginal man on the tails side of the coin. See the image above. These two capital H’s represent the initials of Horst Hahne, the Royal Australian Mint chief engraver at the time that the two dollar coin was introduced in 1988. He sculpted the aboriginal portrait on the reverse of the coin (you can read more about who the portrait depicts here) and the HH initials commemorate this fact. Unfortunately his initials only appeared on the coin for two years (1988 and 1989) at which time they disappeared.