Oh , I mean girl there’s a lot of it going around. I thought of titling this article “We had a coin for the heir, now one for the spare” but my partner suggested “Spare Change”. Whatever we name it, it’s all with pride that we congratulate Prince William and Princess Kate on the birth of their daughter, Princess what’s-her-name. I’m sure they’ll make that announcement shortly, once the Queen has been introduced to the tiny new heir, fourth in line to the throne.

edit: 5/5/15 The name has been announced, we welcome Princess Charlotte Elizabeth Diana.

The 8lb 3 oz sister to Prince George arrived on Saturday 2/5/2015 and the new baby is being welcomed with a new commemorative 50 cent from the Royal Australian Mint. Fifty cent collectors if you felt left out with all the ANZAC 20c released of late then here’s your chance to add another coin to the collection, a second Royal baby coin after the birth of Baby George in 2013. The coin design (seen below) is being struck in cupro-nickel with a capped mintage of 50,000 coins and in silver proof and will soon be available from the Mint. 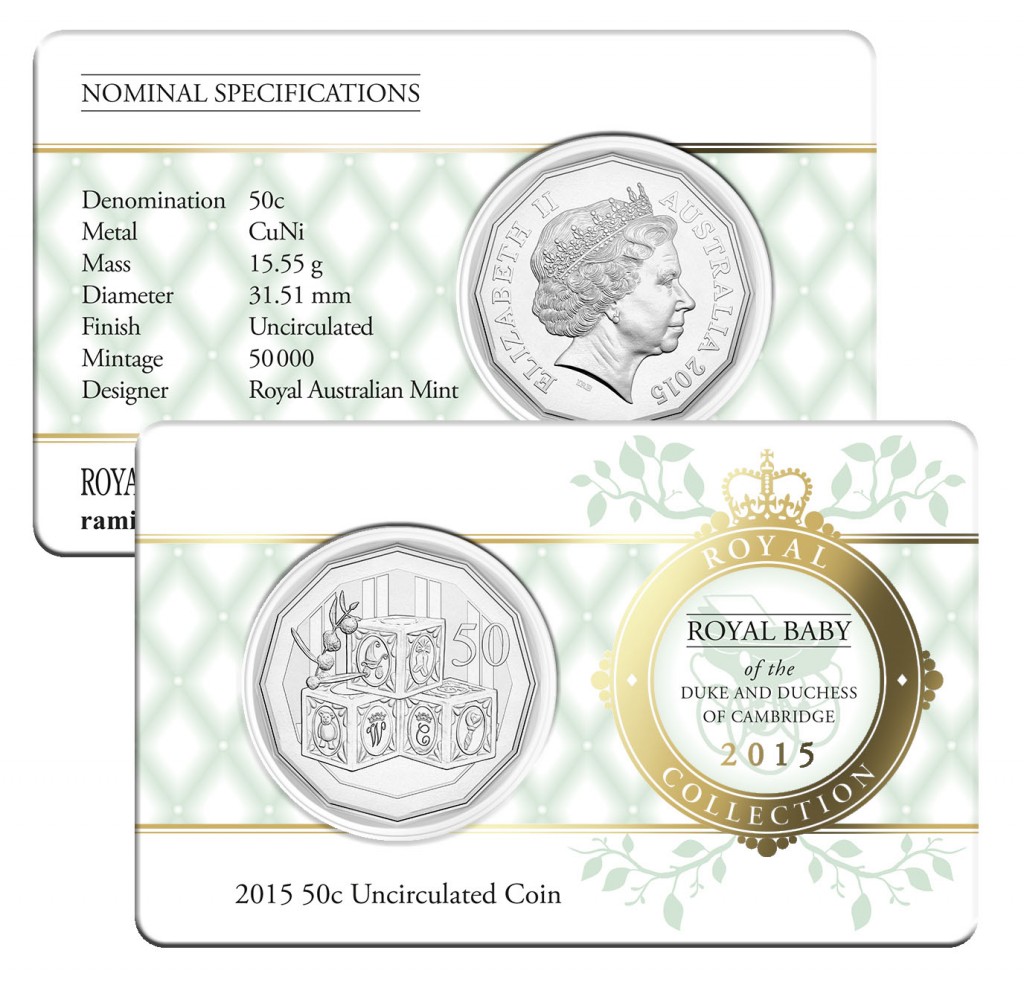