Melbourne and Perth Foy Bags and the 1934-5 Centenary Florin 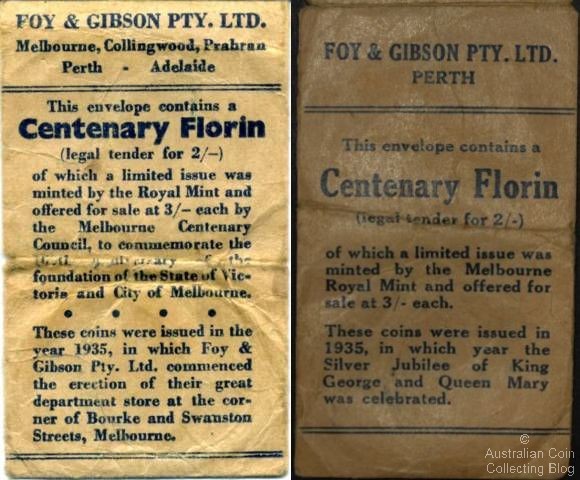 A Foy Bag is a little paper envelope that does or once did contain a 1934-5 Melbourne Centenary Florin. The commemorative florin was given as change in the special paper pouch to those who shopped at Victoria’s first department store Foy and Gibson during the Melbourne Centenary celebrations. The Great Depression put great strain on living expenses and the authorities had trouble selling the commemorative florins (for 3 shillings each – 150% of face value) which had been minted for the centennial celebrations of the founding of Victoria (1834) and the establishment of Melbourne (1835). Department store Foy and Gibson Pty Ltd purchased 30,000 of the coins (which would otherwise have been melted down) to give to their customers in the special envelope so they could have an “unusual” coin in their change. The coins cost Foy and Gibson 3/- (3 shillings) each, and were distributed at face value, costing them 1/- per coin. 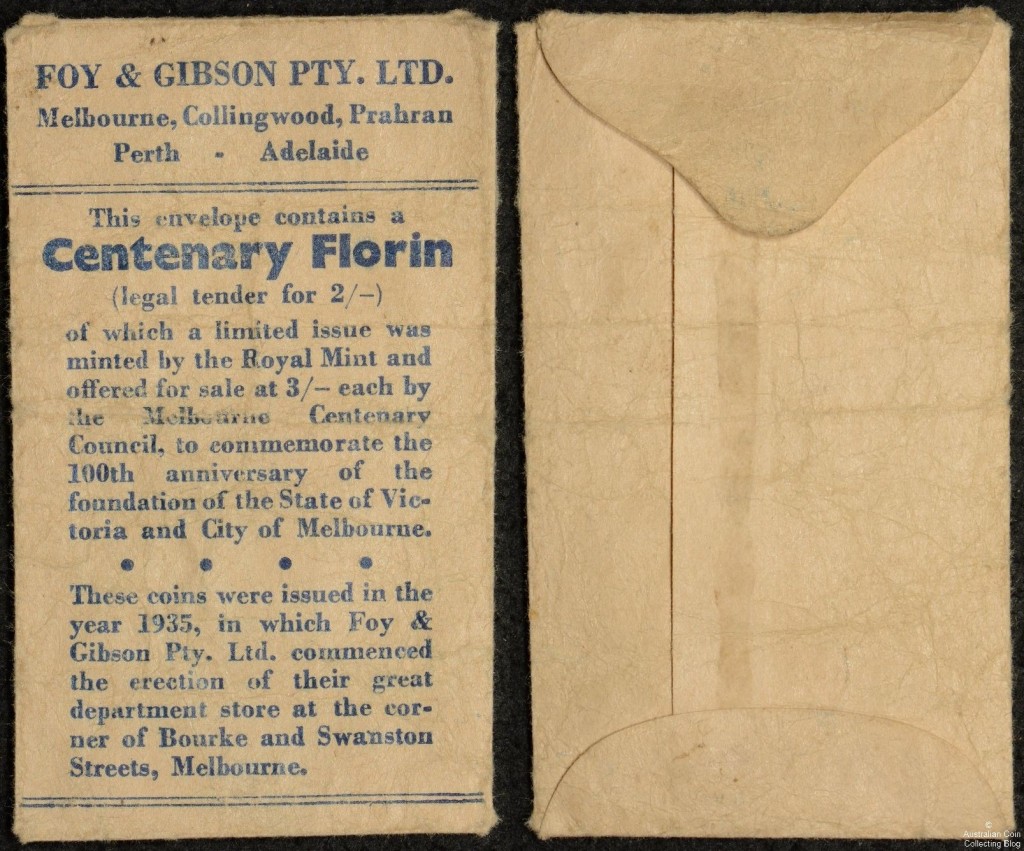 A larger image of a Melbourne Foy and Gibson Bag

Because of their age and their fragility not many have survived the years without damage, it’s not often that you see quality examples with the envelope flap intact and we have never seen one without a centre fold. Given that Foy and Gibson bought 30,000 Centenary florins and distributed them as change to their customers along with one of these highly collectable bags this puts the maximum number issued (of the Melbourne and Perth types) at 30,000 bags. Surely only a small percentage of those bags have survived until today. This puts the value for the bag alone at eye opening levels. It’s not unusual to see a Melbourne Foy Bag realise a few hundred dollars while a Perth bag can be worth $1,000 or more. More, in fact, than the Centenary Florin often sells for. When a bag is sold with a matching Centenary florin it wouldn’t be unusual to have to pay $1,500+ to acquire the pair.