One of your authors (and two children) had the opportunity to visit the South Australian Maritime Museum on Lipson Street, Port Adelaide recently and as well as being very interesting, the displays included a number of numismatic items. Always keen to blog about something different we thought it would be worth sharing the items of numismatic interest with you, our good readers. 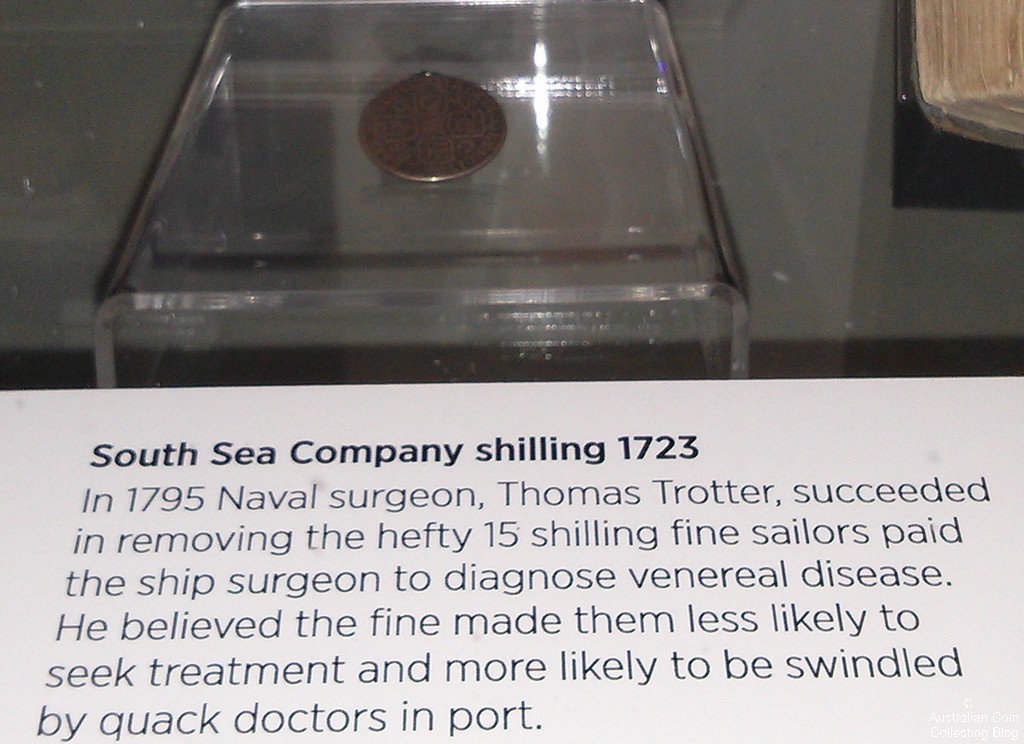 Shown above is a 1723 SSC (South Sea Company) Shilling from Great Britain. These coins were minted from silver discovered by the South Sea Company in Indonesia that was then shipped back to Britain. They bear an SSC mintmark and show the portrait of George I. This one was part of a display on naval medical care, and in particular the improvement in health of sailors after the British Navy stopped fining sailors found to have venereal disease. 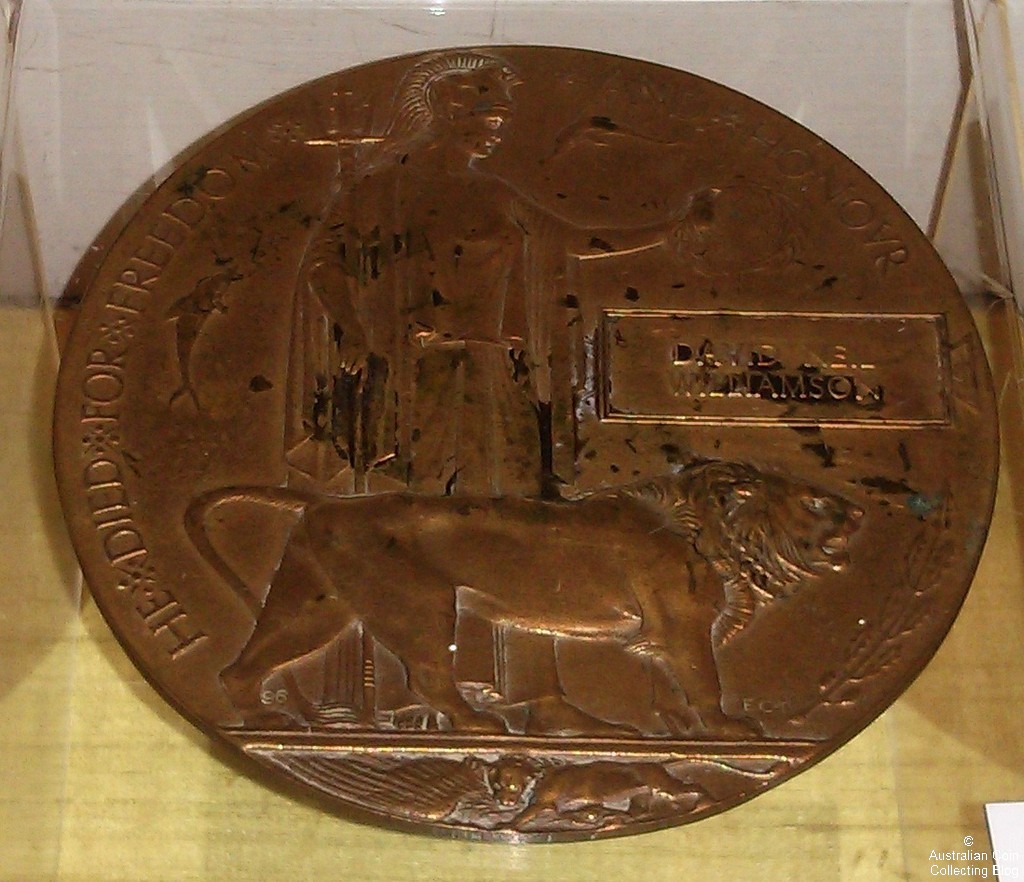 Hidden away in a section of a museum that included a variety of items relating to the local area of Port Adelaide was this World War 1 Death Plaque of David Neil Willamson, a local Port Adelaide resident. These plaques, also known as “Death Pennies” were issues to relatives of British and Commonwealth soldiers who died in service in World War 1. They are becoming increasingly collectable because of the centenary of World War 1. 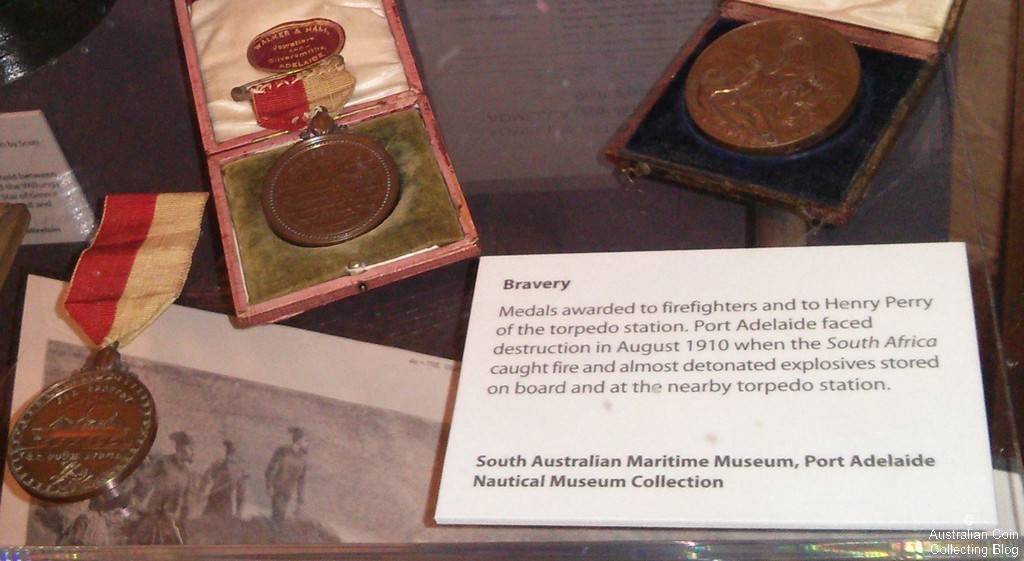 Above you can see three bravery medals that were awarded to one Henry Perry and some firefighters in 1910. They helped out when the ship South Africa caught fire and exploded, causing another explosion in a nearby torpedo station. This all happened in the Port River which is about 100 meters away from the Maritime Museum.

This small hoard was on loan from the West Australian museum and were recovered from the Gilt Dragon (Vergulde Draeck) shipwreck on the West Australian coast in the 1950’s and 1960’s. These “cob” type 8 reale coins are typical of the coins found on that wreck. They were minted in the Spanish colonies and used as a universal form of trade. The Gilt Dragon was a Dutch East India Company (VOC) ship that was wrecked on the journey from Holland to Indonesia. 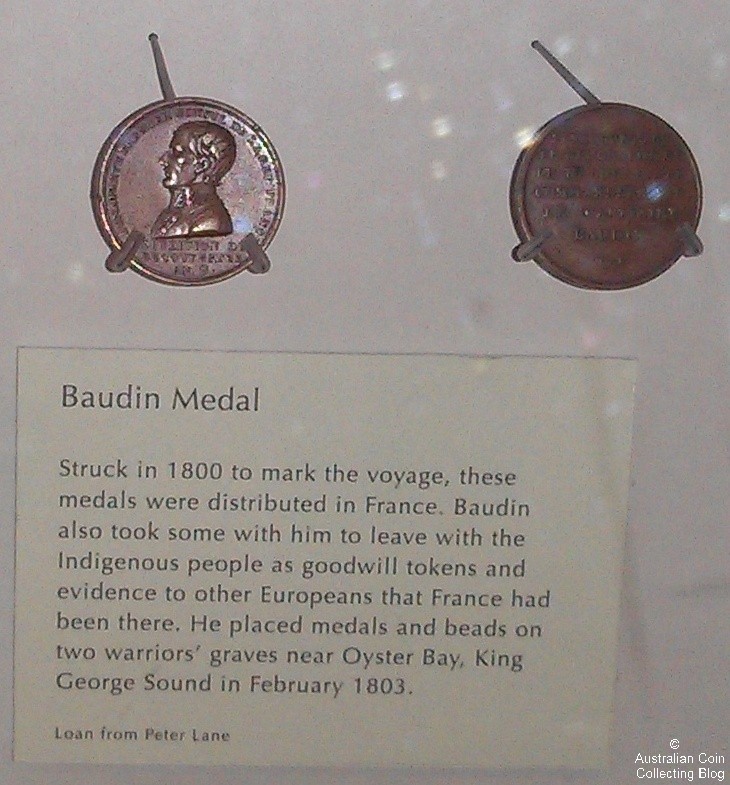 Above is a medal minted to mark the voyage of Nicholas Baudin from Europe to Australia from 1800 to 1803. Most famously, in Australia, Baudin’s ship encountered the ship of naturalist Matthew Flinders in a rocky bay to the south of the future site of Adelaide. The bay was named by Flinders as Encounter Bay and is next to the south coast town of Victor Harbor. 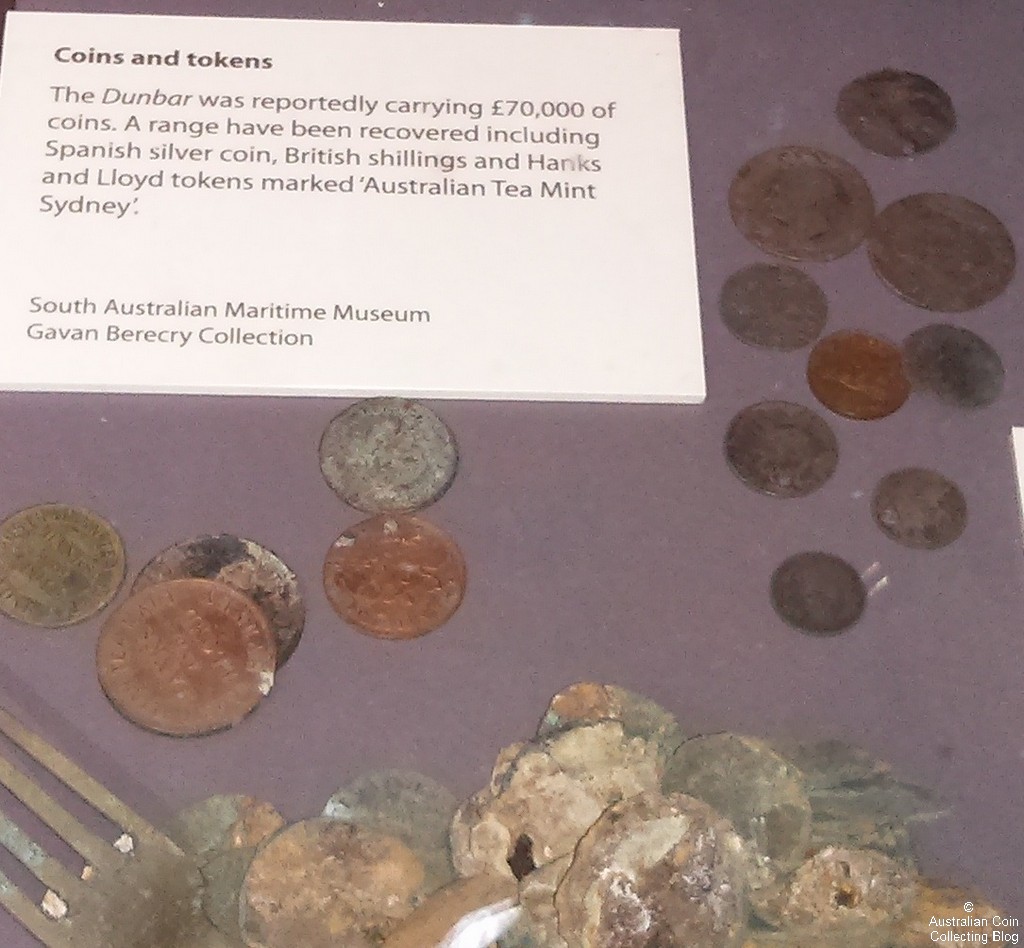 Shipwreck Coins from the Dunbar

The museum had a number loose coins and tokens and an impressive encrustation of coins from the wreck of the Dunbar. The ship was wrecked at the entrance to Sydney Harbour in 1857 with the loss of all but one passengers and crew. The survivor was not discovered for a number of days after the wreck. Much of the population of Sydney traveled to the scene of the wreck to spectate and many of them found they had to help identify relatives, friends, and business associates who were among the dead.

The medal above was found in the section of the museum that covered how the colony of South Australia was founded in 1836 and populated during the following periods of migration. Catalogued in Carlisle as 1936/1 the above gilt bronze medals were given to all South Australian school children in 1936, the centenary of the founding of South Australia.

Found at various points through the museum were groups of tin, pin back badges that were sold for fund-raising purposes. While not strictly numismatic they are interesting because they were particularly popular in South Australia in the early part of the 20th century. “Tinnies” were used to raise funds for various events, including seaman’s unions and charities, returned military societies, and the ones above, for regattas held at Henley Beach in 1918 and 1919. 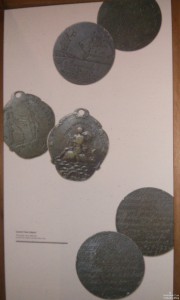 The last item of interest was a group of three ‘love tokens’ from the collection of renowned South Australian numismatist, Peter Lane. Love tokens (at least from a numismatic sense) are coins that have been smoothed on one or both sides and then engraved or carved by hand. The tokens are then given as a gift to a loved one. The tokens on display were of particular interest because they are convict love tokens, made by prisoners in early colonial Australia.

The South Australian Maritime Museum is well worth the visit if you’re here in Adelaide. During the school holidays they have a daily historical (and quite entertaining) show to keep the kids amused for 30 minutes or so. Couple that with the excellent displays, a full sized sloop that can be explored from keel to mast-top, and a sprinkling of numismatic items on display and you’re sure to be kept interested for a couple of hours. Admission is $10 for adults and $5 for the kids, and includes a visit to the nearby lighthouse and a discount for other local museums.