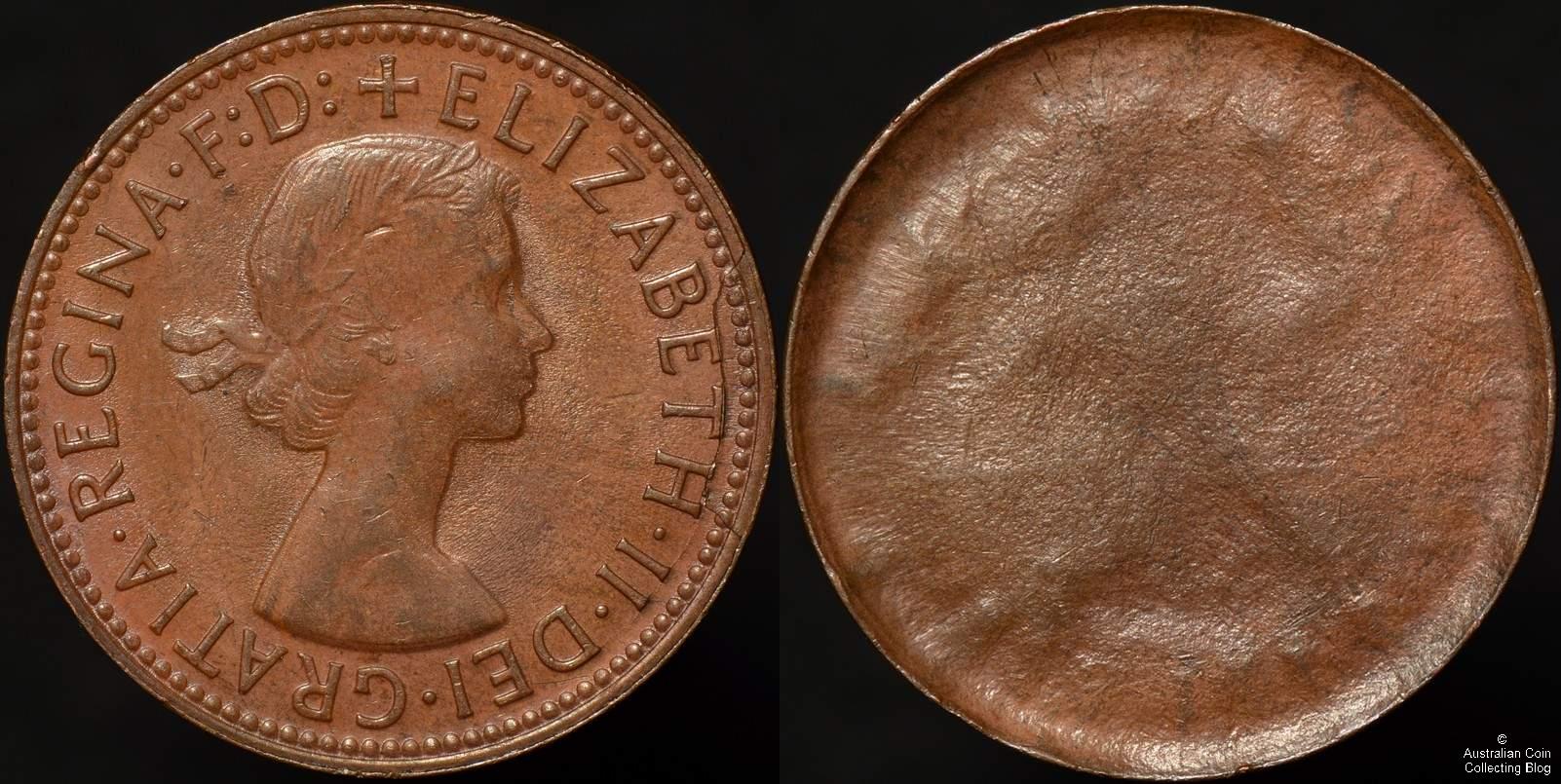 We came across this halfpenny error coin and though we’d share the fascinating process of determining more about this coin. At first glance it looks like a Queen Elizabeth pre-decimal coin around the halfpenny size. Weighing in at 5.49g it’s very slightly under the required 5.67g for a halfpenny but still within acceptable tolerance. The coin bears the Mary Gillick portrait of Queen Elizabeth II and the reverse design is pretty much entirely missing apart from a little ghosting of design. The Mary Gillick portrait and Elizabeth II’s reign dates the coin from 1953 when she became Queen to 1964 when the last Australian halfpenny was minted.

The two letters in the legend after REGINA, “F:D” which is short for fidei defensor translates to defender of the faith. It is seen on the obverse which was reintroduced on the halfpenny in 1959 after being removed for the new portrait in 1953. This dates the coin somewhere between 1959 to 1964.

The seemingly insignificant die crack around 3 o’clock between the lettering and the rim beads holds the major key in identifying the exact year that this coin was minted. I had an inkling I had seen this before so I went searching my halfpenny collection!

Among my collection was a 1964y with a hint of the same die crack, then another with a more prominent crack. With more checking I became aware of the cud this extensive die crack produced when the die eventually failed. The die crack became more and more pronounced as it wore out striking more coins. 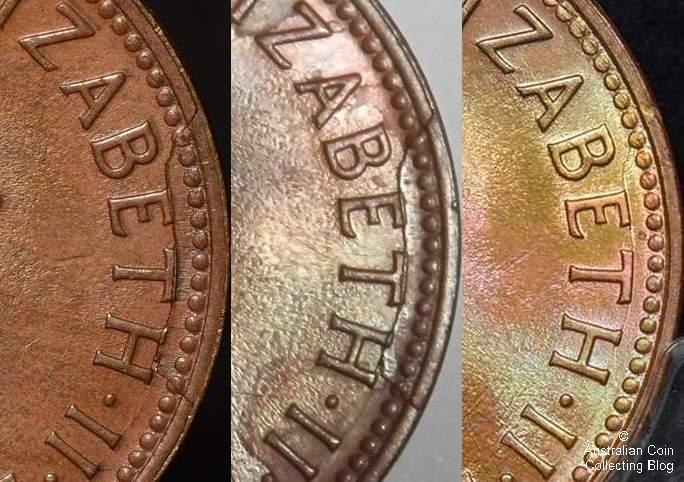 Further to the error coin in question it would be very easy to identify the die cap that produced this late state brockage error as these particular halfpennies also show more evidence of an overused die on the reverse. Another die crack that is always found on these coins is the straight crack through the last A of Australia and the ears of the roo, from the kangaroo to the rim. The later example with the heavier cracking also exhibits another crack through the 19 of the date and through the F of HALF to the rim. The die cap would likely exhibit both these die cracks. Is it out there in someone’s collection or was it prised off the die by a Mint worker and discarded for destruction? 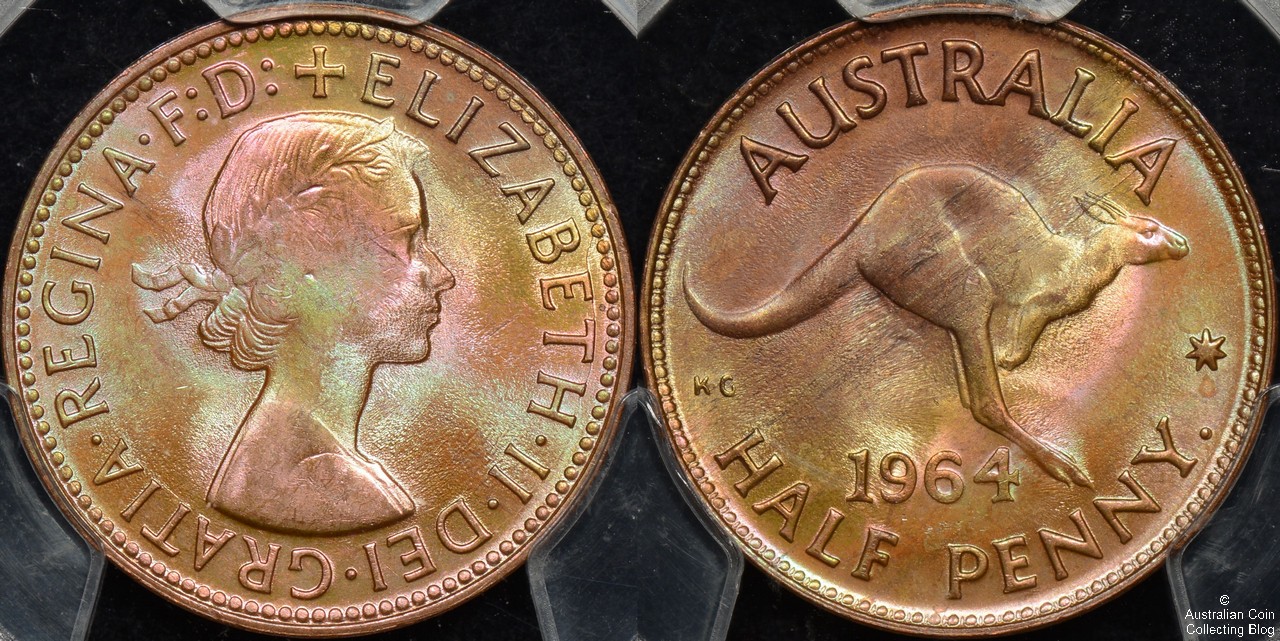