As originally published in Australasian Coin and Banknote Magazine May 2021 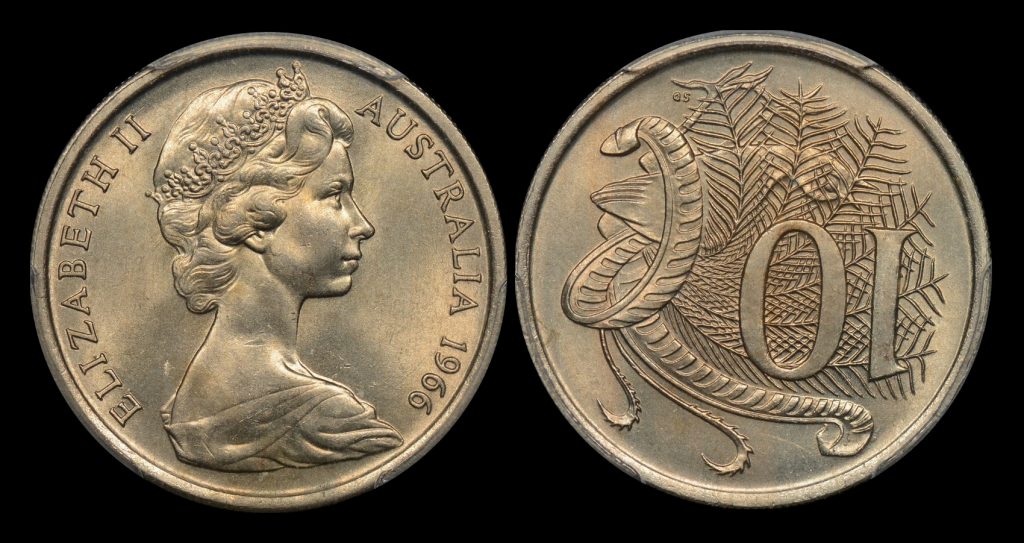 Let’s play a game! Take an Australian coin out of your purse or wallet and hold it by the edges with your forefinger at the top, your thumb at the bottom and the portrait of the Queen upright. Spin the coin between your fingers so the tails side is facing you. What you’ll be looking at now is the tails side of the coin the right way up. That’s because Australian Coins (but not all coins) are struck in what is known as “medal orientation”. That’s just a fancy way of saying the head and tails side of a coin are the same way up!

Very occasionally obverse or reverse coin dies may not be oriented correctly when striking coins. This might have been due to an installation error, an error in the coin die hubbing process, or perhaps a mechanical failure. Coins struck from mis-oriented dies result in what is known as “rotated die” or “upset die” coin errors where the obverse and reverse designs of the coin are not oriented correctly. In the image shown here you can see one of the better-known upset coin errors in the Australian coin series, the 1966 10 cent coin.

During the production run of one pair of dies striking 1966 10 cents struck at the Royal Mint in London the obverse die was loose and rotated continually as coins were struck. As a result, upset or rotated die 1966L 10 cent coins have been found in many different degrees of rotation. This can be labelled as degrees or angles of the clockface. The error shown here is an almost perfect 180 degree or 6 o’clock rotation. You might be wondering how we know it was the obverse die that was moving and not the reverse? That’s because the edge reeding on all the upset 10 cent coins we’ve observed is fixed relative to the reverse design, but not the obverse. Which indicates a moving obverse die!

This type of error is the most easily overlooked but as a collector it’s one you can look out for and may still find in your purse or wallet even after 55 years in circulation.